The Sri Lankan government is planning to weaken alcohol policy and increase availability of alcohol in the guise of boosting tourism. During a meeting with Tourism and Aviation Minister Prasanna Ranatunga and Tourism and Aviation State Minister Arundika Fernando, provincial councils were requested to present proposals to liberalise alcohol beverage licenses…

The Sri Lankan government is planning to weaken its acclaimed alcohol policy and to increase availability of alcohol in the guise of boosting tourism.

According to the statement by the government information officer, the provincial councils were told that the government would look favourably on such proposals to increase alcohol licenses.

The alcohol industry in Sri Lanka promotes the opinion of needing alcohol for tourism.

Already by the end of 2018, the Excise Department had issued, 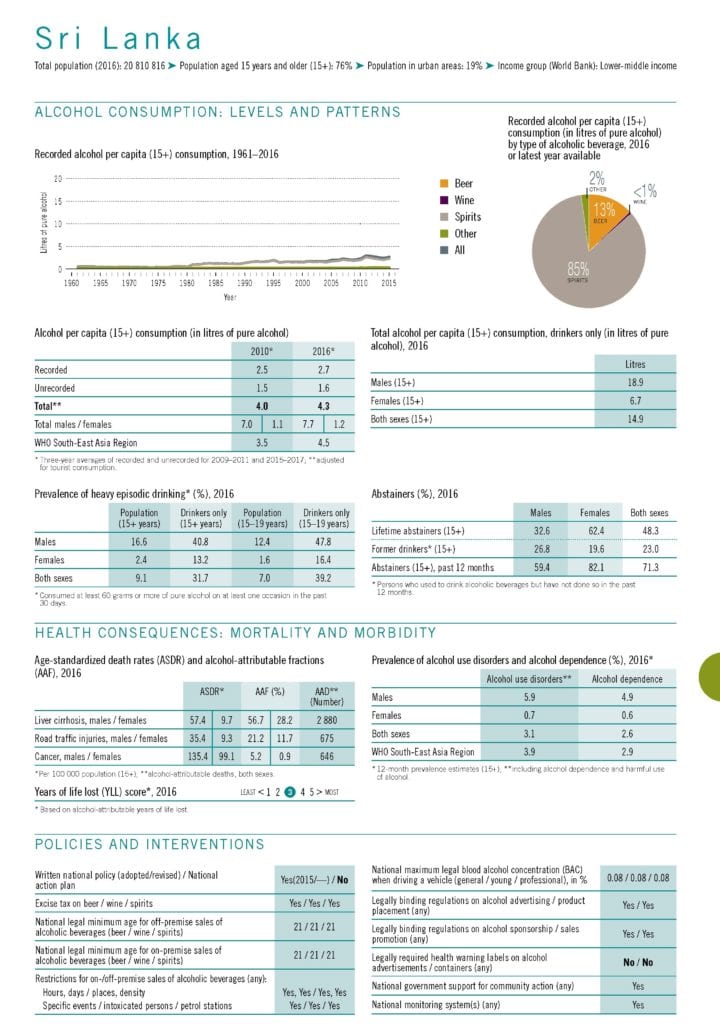 According to the World Health Organization, Sri Lanka is a country with a majority abstainers among the adult population. But alcohol problems are still a severe burden on the country’s development, as the minority of alcohol users consumes a heavy amount of alcohol (14.9 liters for both sexes). This adversely affects public health, community resilience, economic productivity as well as gender equality and poverty eradication.

Increasing alcohol availability in the guise of boosting tourism would lead to negative outcomes for the alcohol-free majority and the heavy using minority both.

Using the tourism excuse is a common strategy of the alcohol industry observed in Sri Lanka utilized to influence the government, politicians and policy makers to weaken public health policy. In reality, Sri Lanka has much to offer for tourists in terms of culture, nature, archaeology and history – none of which are connected to alcohol.

Strong alcohol control is specially important for Sri Lanka for the future of sustainable development, as alcohol has been identified to adversely affect 14 of the 17 SDGs.

It is the duty of the government to curb the strategies used by vested interests to increase their profits and to protect the people from alcohol harm.