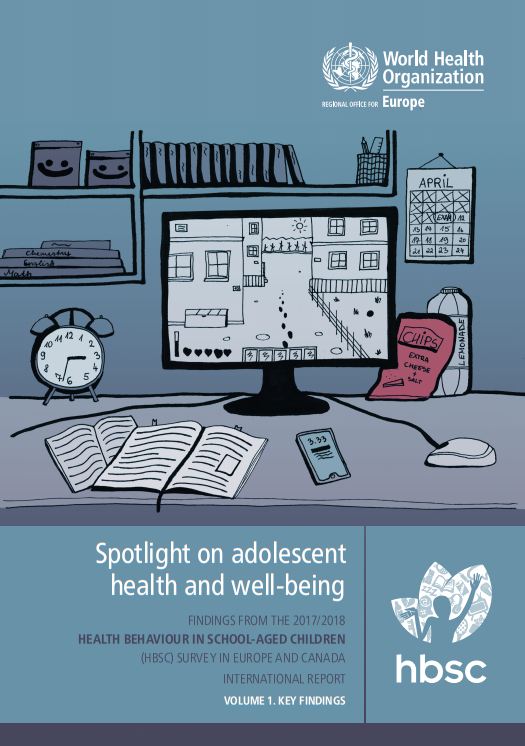 The report from the international Health Behaviour in School-aged Children (HBSC) study is an analysis of data from 227,441 schoolchildren aged 11, 13 and 15, from 45 countries, on their physical health, social relationships and mental well-being. The report shows that,

There seems to be a substantial variation in mental well-being across countries, according to the report. This indicates that cultural, policy and economic factors may play a role in fostering good mental well-being.

Adolescents are also feeling pressured by schoolwork and they report a decline in liking school in 2018 compared to 2014.

The growing digital technology also poses several challenges. While there are advantages in technological advancement there are also significant challenges for adolescents such as cyber bullying, which affects girls disproportionately.

It is worrying to see that adolescents are telling us that all is not well with their mental well-being, and we must take this message seriously, as good mental health is an essential part of healthy adolescence,” said Dr Jo Inchley, HBSC International Coordinator, University of Glasgow, as per WHO Europe.

According to the report which presents HSBC study data,

The HSBC study showed, for example, that Danish 15-year-olds consume alcohol more frequently and are more likely to have been alcohol intoxicated than their peers from any other country in the WHO European region.

Mette Rasmussen, who led the Danish part of the HSBC study at Denmark’s National Institute of Public Health commented the findings, as per The Local:

The worrying story is that we had had some improvement in the alcohol data, but over the last four years, we have seen some tendencies in the wrong direction and that is probably why we are staying in the very bad end.

Alcohol is a key thing in being together, when we meet with friends and go to parties, and that actually goes for both adults and adolescents… we [consume alcohol] a lot, we binge drink.”

As these findings of the HBSC study for 2017/2018 are released the world is facing the COVID-19 pandemic. The next study, which will feature findings from 2021/2022, will therefore reflect the impact of the pandemic on the lives of young people.

This collaboration helps to innovate the collection of public health data on young people and to deliver more accurate insights on which to build policies. The collaboration has also led to smoother monitoring and heightened cost–effectiveness. In 2018, EnCLASS was conducted under a unified framework for the first time, streamlining the two monitoring systems into one.

During the unified survey, 20,000 11- to 18-year-olds were asked a common set of questions on health determinants, alcohol and other drug use, sexuality and sleep. They also responded to the mandatory questionnaires of both HBSC and ESPAD. EnCLASS also tracks specific information about key trends in early drug use and provides an image of the spread of use throughout early adolescence.

EnCLASS obtains more in depth data for each grade, which can be used to create tailor-made prevention strategies. For example, it has found that a already high proportion of children in Grade 6  have tried alcohol, leading to the question of whether alcohol prevention initiatives should begin in primary school.

The EnCLASS survey is a key part of the national drug prevention plan for 2018–2022. By swapping rivalry for cooperation, HBSC and ESPAD have produced a valuable, centralized system that has real influence on the well-being of young people.

About the HSBC study

Since 1982 the Health Behaviour in School-aged Children (HBSC) collaboration has been a pioneer cross-national study gaining insight into young people’s well-being, health behaviours and their social context. This research collaboration with the WHO Regional Office for Europe is conducted every four years in 50 countries and regions across Europe and North America. With children and young people accounting for 42% of our world’s population, HBSC uses its findings to inform policy and practice to improve the lives of millions of young people.

The HBSC research network is an international alliance of researchers that collaborate on the cross-national survey of school students: Health Behaviour in School-aged Children (HBSC). The HBSC collects data every four years on 11-, 13- and 15-year-old boys’ and girls’ health and well-being, social environments and health behaviours. These years mark a period of increased autonomy that can influence how their health and health-related behaviours develop.

The research venture dates back to 1982, when researchers from England, Finland and Norway agreed to develop and implement a shared research protocol to survey school children. By 1983 the HBSC study was adopted by the WHO Regional Office for Europe as a collaborative study. HBSC now includes 50 countries and regions across Europe and North America.

This research collaboration brings in individuals with a wide range of expertise in areas such as clinical medicine, epidemiology, human biology, paediatrics, pedagogy, psychology, public health, public policy, and sociology. The approach to study development has therefore involved cross-fertilization of a range of perspectives.

As such, the HBSC study is the product of topic-focused groups that collaborate to develop the conceptual foundations of the study, identify research questions, decide the methods and measurements to be employed, and work on data analyses and the dissemination of findings.

WHO Europe: “WHO report on health behaviours of 11–15-year-olds in Europe reveals more adolescents are reporting mental health concerns“