The World Health Organization (WHO) Health Evidence Network (HEN) has released a synthesis report on alcohol labelling across the European Region. This is the first systematic study that covers the different ways countries label alcoholic beverages and sets out policy options for authorities to consider…

The World Health Organization (WHO) Health Evidence Network (HEN) has released a synthesis report on alcohol labelling across the European Region. This is the first systematic study that covers the different ways countries label alcoholic beverages and that sets out policy options for authorities to consider.

Vast policy inconsistencies in alcohol labeling across WHO Europe region 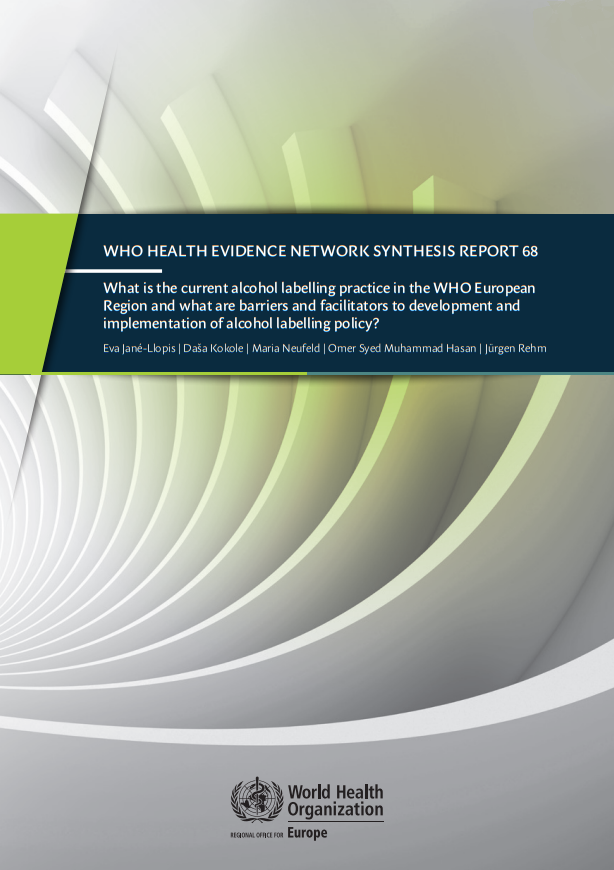 The report has found vast inconsistencies in labelling of alcohol products in Europe. Some countries do not even consider labelling. Alcohol labelling is recommended by the WHO. It is a minimum requirement for people to know what is in alcohol and the risks of consuming alcohol in order to make informed decisions.

The HEN report reveals that labelling practices in countries that have allowed the industry to self-regulate their labelling policies are, overall, poor, not providing enough information for consumers,” said Carina Ferreira-Borges, Manager of the Alcohol and Illicit Drugs Programme at WHO Europe, as per the WHO Europe website.

Non-European Union states tend to implement stricter rules. Besides this, some of them have already adopted a multinational law framework on labelling that the European Union still does not have,” said Ms. Ferreira-Borges, as per the WHO Europe website.

Key findings from the report

The HEN report cites several positive examples of alcohol labelling from countries in the European region.

The Eurasian Customs Union (ECU) – consisting of Belarus, Kazakhstan and the Russian Federation – has a functioning multi-governmental approach to alcohol labelling. The ECU adopted 3 technical regulations that oblige producers to include a list of ingredients and nutritional values on the labels of food products and alcoholic beverages. By 2019, all 3 sets of technical regulations were finalized.

France has introduced a law mandating labelling for all alcoholic beverages with a warning against alcohol use during pregnancy. The regulation was embedded in a wider strategy of creating awareness on harms of alcohol use during pregnancy. Recent studies have already shown improvement in public awareness. The French Health Minister announced the inclusion of a measure to improve the visibility of the pregnancy logo in the National Public Health Plan for 2018–2022.

The Russian Federation has adopted stricter alcohol labelling regulations. It divided the comprehensive process to introduce legislation into smaller requests. Russian Federal Law No. 171 on the production and circulation of alcohol (which also regulates alcohol labelling) was first introduced in 1995, but has since been amended more than 40 times. This step-by-step strategy helped the country to achieve progress in line with WHO recommendations.

It’s a fact that policy-makers can bring a much-needed change that can greatly benefit people’s health,” said Ms. Ferreira-Borges, as per the WHO Europe website.

For further reading from the Science Digest: