Posted on June 12, 2020 in
Alcohol's Harm To Others, Lifestyle, Policy, Research, Social Justice

The American Cancer Society (ACS) has updated its guideline for diet and physical activity for cancer prevention, with adjustments to reflect the most current evidence. The updated recommendations increase recommended levels of physical activity and have an increased emphasis on reducing the consumption of processed and red meat, sugar-sweetened beverages, processed foods, and alcohol. They also include evidenced-based strategies to reduce barriers to healthy eating and active living and to reduce alcohol consumption.

The guideline is published in CA: A Cancer Journal for Clinicians, the ACS’s flagship medical journal.

The ACS is a nationwide, community-based voluntary health organization dedicated to eliminating cancer as a major health problem.

ACS cancer prevention recommendations are revised regularly as evidence emerges. They are created by a volunteer committee comprising a diverse group of experts from multiple sectors. The committee  reviewed the evidence on diet and physical activity on cancer risk, and studied policy and systems changes that can reduce barriers to the public’s ability to eat a healthy diet and lead a physically active lifestyle.

Based on the review of the evidence, the updated guideline reflects a few key differences from the previous ACS guideline:

Previous: If you drink alcoholic beverages, limit consumption. Drink no more than 1 drink per day for women or 2 per day for men.

Previous: Public, private, and community organizations should work collaboratively at national, state, and local levels to implement policy and environmental changes that:

New: Public, private, and community organizations should work collaboratively at national, state, and local levels to develop, advocate for, and implement policy and environmental changes that increase access to affordable, nutritious foods; provide safe, enjoyable, and accessible opportunities for physical activity; and limit alcohol for all individuals.

The guideline continues to reflect the current science that dietary patterns, not specific foods, are important to reduce the risk of cancer and improve overall health,” said Laura Makaroff, DO, American Cancer Society senior vice president, Prevention and Early Detection.

There is no one food or even food group that is adequate to achieve a significant reduction in cancer risk. Current and evolving scientific evidence supports a shift away from a nutrient-centric approach to a more holistic concept of dietary patterns. People eat whole foods – not nutrients – and  evidence continues to suggest that it is healthy dietary patterns that are associated with reduced risk for cancer, especially colorectal and breast cancer.”

Why this is a landmark for addressing alcohol in cancer prevention

The ACS has been under the public spotlight for criticism of its corporate relations. 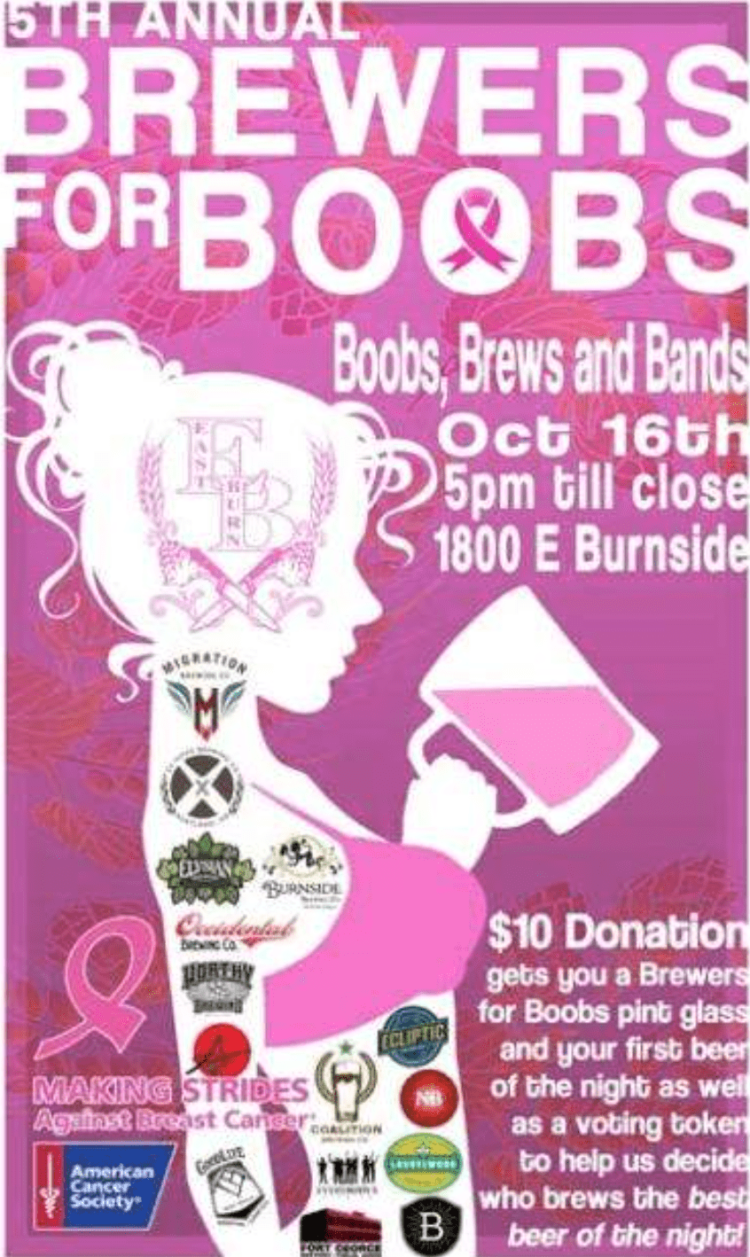 For instance, the policy to allow local and state affiliates to both accept funding from alcohol companies and to use alcohol as the focal point of fundraisers. This is a fundamental conflict of interest since alcohol is a major risk factor for cancer – as the updated ACS guidelines now also accept – and yet alcohol is being used to raise funds for cancer prevention. As such the ACS has been criticized for helping the alcohol industry with pinkwashing.

Am especially egregious example was the “Brewers for Boobs” fund raiser, organized with breweries, centering around beer consumption and arranged in cooperation with the ACS. This event was not an isolated case and the ACS has been called out for this type of conflict of interest.

At the central level, the ACS has not been receiving funds directly from the alcohol industry but their stance on alcohol as cancer risk factor has been weak, up until these new guidelines. For instance, when Movendi International together with the U.S. Alcohol Policy Alliance and the New York Alcohol Policy Alliance organized the first ever “Alcohol and Cancer Symposium” in the United States, the ACS could not be won over to stand behind the event.

In November 2018, the New York Times reported a top official of the American Cancer Society had resigned in part because of concern over some of the organization’s fund-raising partnerships.

And in 2011, cancer experts raised public concern over the ACS’ corporate relations that jeopardized its credibility and evidence-based approach to cancer prevention.

In contrast, the American Institute for Cancer Research has been the leading scientific voice in the cancer prevention community in the United States to address alcohol as major risk factor. They issued a report on alcohol and colorectal cancer in September 2017 and highlight the lack of public awareness about the link between alcohol use and cancer.

The American Society of Clinical Oncology issued a statement on alcohol and cancer in November 2017.

USA: Less Than 50% Know About Alcohol And Cancer

In this context, the new clear ACS guidelines regarding alcohol and cancer is another important development for cancer prevention through alcohol awareness, especially given the fact that so few people currently know that any amount of alcohol consumption increases the risk of cancer.