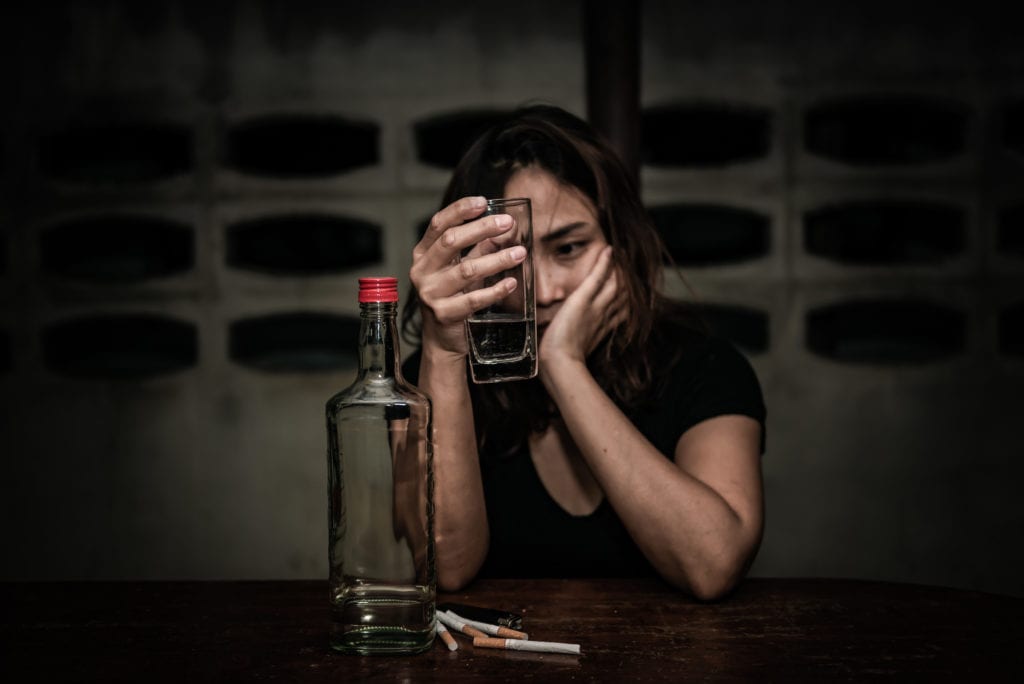 Alcohol Use Disorder and Schizophrenia or Schizoaffective Disorder

Individuals with these psychotic disorders have three times the risk of heavy alcohol use relative to the general population. One meta-analysis of individuals with schizophrenia found a lifetime prevalence of AUD of 24.3%. One American study reported that 36.4% of 404 participants had experienced AUD before their first episode of psychosis.

For disorders such as schizophrenia that stem from variation at multiple genetic loci, the various risk alleles can be summed together to determine a polygenic risk score. Strong associations between substance use disorder, including AUD, and the polygenic risk score for schizophrenia indicate that shared genetic liability may contribute to the co-occurrence of these disorders.

Common neurobiological mechanisms, including dysfunction in brain reward circuitry, may explain the high rates of co-occurrence of schizophrenia and AUD or other substance use disorders.

There are various theories and hypotheses on the co-occurrence of schizophrenia spectrum disorders and AUD. These include,

Treatment for substance-induced psychosis focuses on acute management, often with reduced stimulation, in a supportive, abstinent environment, and sometimes with short-term antipsychotic treatment. Once an individual becomes abstinent and withdrawal has resolved, psychotic symptoms also usually resolve, but 25% of cases may persist, resulting in diagnoses of schizophrenia spectrum disorders. By contrast, treatment for individuals who have primary psychotic disorders with co-occurring AUD usually requires long-term antipsychotic medication and psychosocial interventions, in addition to other interventions for AUD noted in this section. Moreover, for individuals with co-occurring AUD and psychotic disorders, both disorders should be treated simultaneously. Thus, comprehensive treatment—combining medication with behavioral and psychosocial interventions—is appropriate.

Few studies have examined the effects of medications (i.e., naltrexone, disulfiram, and acamprosate) that treat AUD among individuals with psychotic disorders, evidence of the safety and potential benefit is sufficient to encourage increased use in this population. However,  no randomized controlled trials of these medications examine alcohol outcomes in people with co-occurring schizophrenia and AUD.

Further research on the etiology of these co-occurring disorders and on treatment of affected individuals is needed.