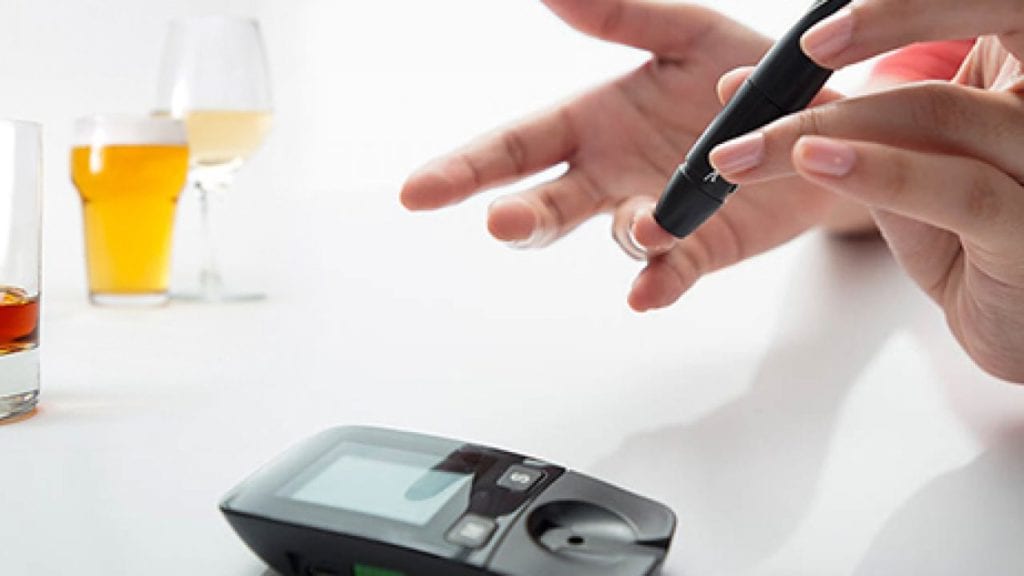 Large changes in health behaviors achieved through intensive lifestyle intervention programs improve cardiovascular disease (CVD) risk factors among adults with type 2 diabetes. However, such interventions are not widely available, and there is limited evidence as to whether changes in behaviors affect risk of CVD events.

Lifestyle factors, such as diet and physical activity, affect the risk of developing diabetes, but there has been little research about how people with diabetes can change their lifestyle to lower their long-term risk of cardiovascular disease. Our research set out to fill in this gap in the evidence,” says lead author Jean Steglitz.

Among 852 adults with screen-detected type 2 diabetes in the ADDITION-Cambridge study, the researchers assessed changes in diet, physical activity, and alcohol use in the year following diabetes diagnosis. Participants were recruited from 49 general practices in Eastern England from 2002 to 2006, and were followed through 2014 for incidence of CVD events (n = 116) and all-cause mortality (n = 127).

The researchers used Cox proportional hazards regression to estimate hazard ratios (HR) for the associations of changes in behaviors with CVD and all-cause mortality. The researchers estimated associations with CVD risk factors using linear regression and they considered changes in individual behaviors and overall number of healthy changes. Models adjusted for demographic factors, bodyweight, smoking, baseline value of the health behavior, and cardio-protective medication use.

Our analysis showed that people who reduced their alcohol use by at least two units a week (about one or two pints of beer a week) in the year after their diabetes diagnosis, had a 44% lower risk of cardiovascular disease. The analysis also showed that people who reduced their calorie intake by at least 300 calories a day for one year had a lower risk of dying in the next ten years compared with people who did not change their calorie intake.

Further analyses revealed that the associations between alcohol reductions and cardiovascular disease were not because of changes in other lifestyle factors. The associations didn’t change after accounting for weight loss, changes in diet or changes in physical activity. And the results couldn’t be explained by age, sex, body mass index, education or medication use,” explains Jean Steglitz in The Conversation.

Most of the participants were white European and were overweight at the time of diabetes diagnosis, therefore results may not apply to other groups. While the researchers used questionnaires to measure diet, alcohol use and physical activity, which had previously been validated in other studies, some people may have misreported their behaviour.

Where insufficient resources exist for specialist-led interventions, achievement of moderate behavior change targets is possible outside of treatment programs and may reduce long-term risk of CVD complications.

Our latest research, published in Cardiovascular Diabetology, looked at healthy lifestyle changes among people with a new diagnosis of type 2 diabetes. The results show that people who cut their alcohol consumption by at least two units a week or abstained from alcohol had a lower risk of cardiovascular disease compared with people who didn’t change their alcohol use,” wrote Jean Strelitz in The Conversation.

This is the first study to show that reducing alcohol use by as little as two units per week may have long-term health benefits for people with diabetes. People who are diagnosed with type 2 diabetes are advised to increase physical activity and eat a balanced diet. Now they might also want to consider cutting their alcohol intake.”