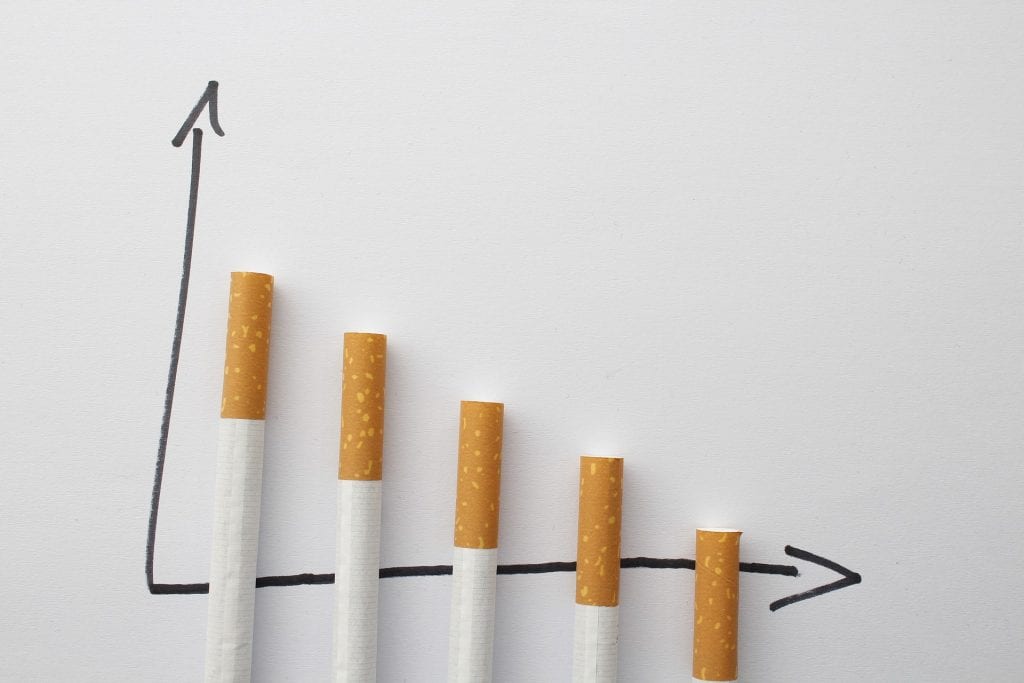 Understanding the association between the WHO Framework Convention on Tobacco Control, adoption of tobacco control policies, and reduction in smoking prevalence

Given the public health significance of tobacco use and the potential of the WHO Framework Convention on Tobacco Control (FCTC), the world’s first global health treaty, to diminish its toll, it is important to understand the treaty’s impacts and to learn how to accelerate adoption of effective policy interventions.

As such, the Article by Shannon Gravely and colleagues represents a welcome addition to the research literature on tobacco control. The authors’ analysis assesses policy from a so-called 30 000-foot perspective, giving the most general level view: it examines the association between the change from 2007 to 2014 in countries’ implementation of five key FCTC tobacco demand-reduction measures and the change from 2005 to 2015 in smoking prevalence in those countries.

The authors find that countries’ adoption of these measures “at the highest level” is associated with a statistically significant and quantitatively meaningful decrease in smoking. The implication is straightforward: were countries to adopt more of these measures, they would experience a more rapid decline in smoking.

The 30 000-foot perspective lends an easy clarity to the value of broad evidence-based tobacco control policies. It affirms the validity of the FCTC’s demand-reduction measures and it gives tobacco control activists an empirical argument with which to prod their governments into living up to their treaty obligations. As the authors observe, all too few countries are meeting their obligations to adopt such measures.

Analysis of shortcomings in the study on FCTC

The study authors fail to provide substantial answers to the question of which measures are most effective, relative to tother measures proposed by the FCTC? Unfortunately, the study does not just not answer that question, instead it seems to imply linearity which reinforces the notion that all measures are created equal.

The disadvantage of the high-altitude view is that, by equating all of the measures, it fails to distinguish their relative contributions. A voluminous research literature makes it abundantly clear, for example, that high taxes constitute “the fastest acting and most effective of all the key measures,” as the authors put it. Yet this study’s principal independent variable implicitly grants the much less effective adoption of a new graphic warning label equal policy footing with implementation of a large tax increase. The authors clearly understand the distinction, but will public health advocates unfamiliar with the research? In many countries, attainment of even one of the measures would represent a public health triumph. The study’s approach to assessing tobacco control policy offers no guidance to advocates as to which of the five measures first warrants their scarce time and other resources.

No study can do it all. The present undertaking is remarkably ambitious, examining, as it does, five distinct policy areas in well over 100 countries over a period spanning a decade. The authors deserve ample credit for reinforcing, with solid empirical evidence, the core message in the FCTC: tobacco control policy matters. The authors cite evidence that the FCTC has accelerated implementation of tobacco advertising, promotion and sponsorship bans, smoke-free laws, and pack warning labels. Let us hope that this study increases adoption of all of the core evidence-based demand-reduction policy interventions, especially including raising taxes, the highly effective intervention that has lagged in terms of adoption.”