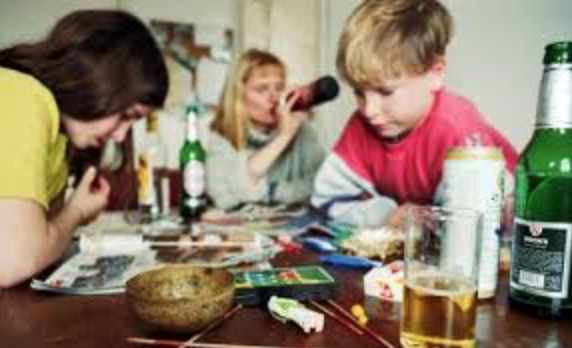 The effect of multiple adverse childhood experiences on health: a systematic review and meta-analysis

A growing body of research identifies the harmful effects that adverse childhood experiences (ACEs; occurring during childhood or adolescence; eg, child maltreatment or exposure to domestic violence) have on health throughout life. Studies have quantified such effects for individual ACEs.

However, ACEs frequently co-occur and no synthesis of findings from studies measuring the effect of multiple ACE types has been done.

In this systematic review and meta-analysis, the researchers searched five electronic databases for cross-sectional, case-control, or cohort studies published up to May 6, 2016, reporting risks of health outcomes, consisting of substance use, sexual health, mental health, weight and physical exercise, violence, and physical health status and conditions, associated with multiple ACEs. The researchers selected articles that presented risk estimates for individuals with at least four ACEs compared with those with none for outcomes with sufficient data for meta-analysis (at least four populations). Included studies also focused on adults aged at least 18 years with a sample size of at least 100. We excluded studies based on high-risk or clinical populations. We extracted data from published reports. We calculated pooled odds ratios (ORs) using a random-effects model.

Of 11.621 references identified by the search, 37 included studies provided risk estimates for 23 outcomes, with a total of 253.719 participants. Individuals with at least four ACEs were at increased risk of all health outcomes compared with individuals with no ACEs. Associations were weak or modest for physical inactivity, overweight or obesity, and diabetes (ORs of less than two); moderate for smoking, heavy alcohol use, poor self-rated health, cancer, heart disease, and respiratory disease (ORs of two to three), strong for sexual risk taking, mental ill health, and problematic alcohol use (ORs of more than three to six), and strongest for problematic drug use and interpersonal and self-directed violence (ORs of more than seven).

The researchers identified considerable heterogeneity (I2 of >75%) between estimates for almost half of the outcomes. 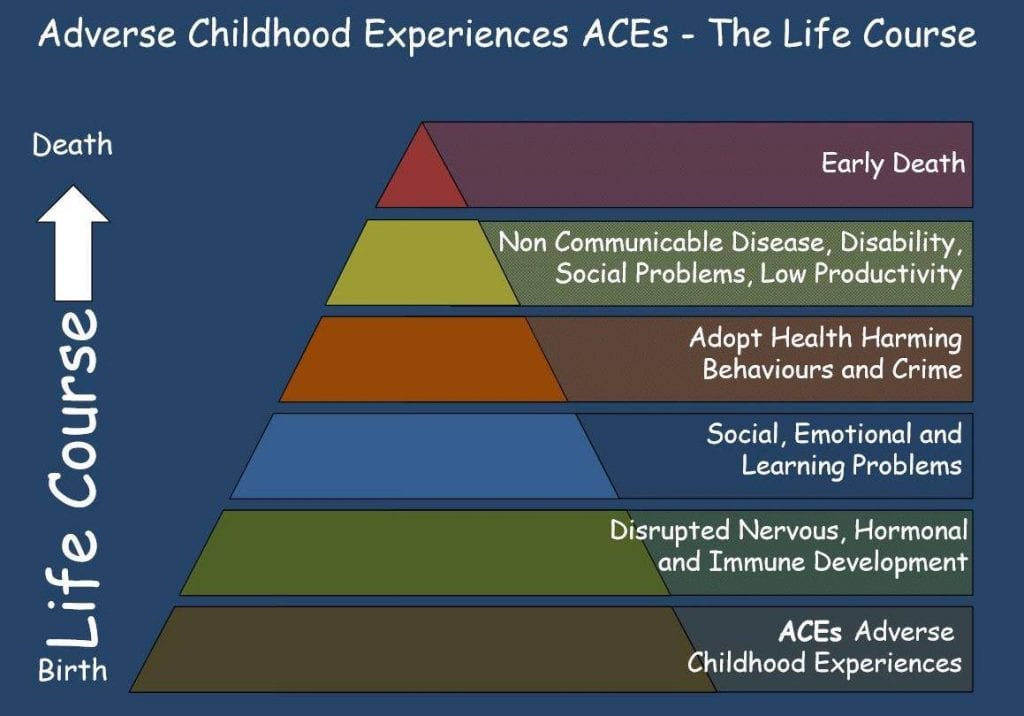 To have multiple ACEs is a major risk factor for many health conditions. The outcomes most strongly associated with multiple ACEs represent ACE risks for the next generation (eg, violence, mental illness, and substance use).

To sustain improvements in public health requires a shift in focus to include prevention of ACEs, resilience building, and ACE-informed service provision.

The Sustainable Development Goals provide a global platform to reduce ACEs and their life-course effect on health.