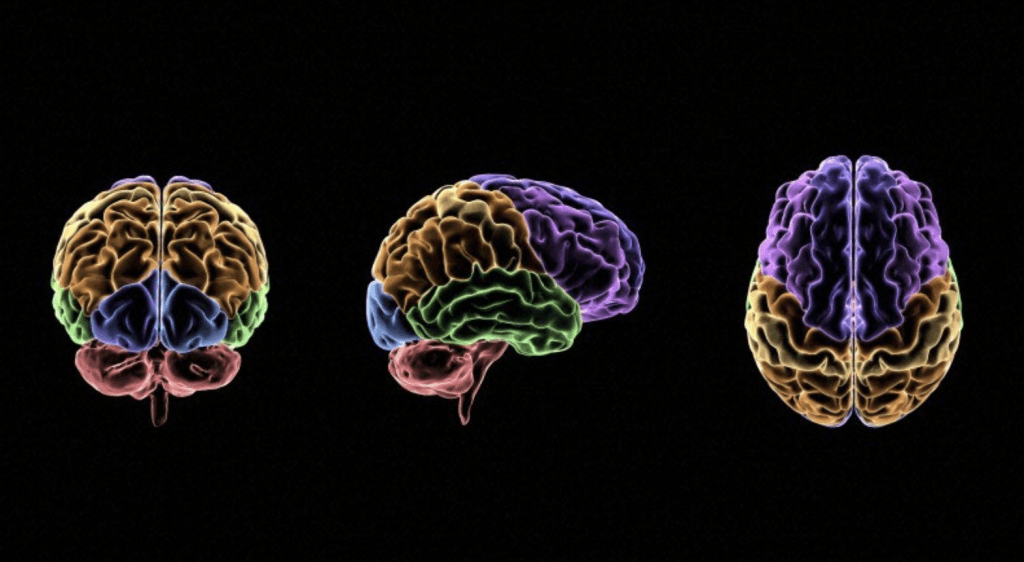 Having a parent with an alcohol use disorder affects how the offspring’s brain transitions between active and resting states, according to new research.

The study reveals that the brain reconfigures itself between completing a mentally demanding task and resting. But the research shows that this reconfiguration does not take place in the brain of a person with a family history of an alcohol use disorder.

While the missing transition doesn’t seem to affect how well a person performs the mentally demanding task itself, it might be related to larger scale brain functions that give rise to behaviors associated with addiction. In particular, study subjects without this brain process demonstrated greater impatience in waiting for rewards, a behavior associated with addiction.

Human functional brain connectivity is usually measured either at “rest” or during cognitive tasks, ignoring life’s moments of mental transition.

The researchers applied a novel independent component analysis of functional connectivity during motor inhibition (stop signal task) and during the continuous transition to an immediately ensuing rest. A functional network reconfiguration process emerged that:

The pattern was not present in a pre-task rest scan or in the remaining minutes of post-task rest.

Past research has shown that a family history of alcoholism affects a person’s brain anatomy and physiology, but most studies have looked at this effect only in separate active and quiet resting states rather than the transition between them.

A lot of what brains do is switch between different tasks and states. We suspected that this task switching might be somewhat lower in people with a family history of alcoholism,” says David Kareken, a professor of neurology at the Indiana University School of Medicine and director of the Indiana Alcohol Research Center, as per Futurity.

A family history of alcoholism stood out as the most statistically significant difference in this brain reconfiguration.

In the past, we’ve assumed that a person who doesn’t drink excessively is a ‘healthy’ control for a study. But this work shows that a person with just a family history of alcoholism may also have some subtle differences in how their brains operate,” says Joaquín Goñi, an assistant professor in the School of Industrial Engineering and the Weldon School of Biomedical Engineering at Purdue University, as per Futurity.