In IOGT International we assign great value to collaboration and partnerships. It is through working together and supporting each other, that the best solutions to solve some of the world’s most pressing problems can be found and realized. Therefore, we work hand-in-hand with experienced, knowledgeable and heart-driven civil society leaders.

We strive to add value to the efforts of our partners and colleagues, and to create synergies in order to raise awareness of important issues, translate scientific evidence into action and empower decision-makers. We believe that working together, and adding value to each other’s missions gives us the best chance to learn from one another and to make transformative change happen.

As a movement of internationalism, peace, democracy and Human Rights, we are committed to the United Nations and its mission. We collaborate with a number of UN agencies and other UN bodies and contribute actively to their missions.

Our United Nations Partners are:

The United Nations Economic and Social Council (ECOSOC) is the United Nations’ central platform for reflection, debate, and innovative thinking on sustainable development.

IOGT International is in Special Consultative Status with the ECOSOC since 2011.

Ever since we were granted Special Consultative Status in 2011 are we actively participating in a number of UN processes and are regularly at the UN Headquarters in New York.

IOGT International is in official relations with the WHO.

The World Health Organization is a specialized agency of the United Nations that is concerned with international public health. It was established on 7 April 1948, headquartered in Geneva, Switzerland.

IOGT International contributes actively to WHO’s work, its consultations and has been a partner for more than three decades.

We are regularly participating in the World Health Assembly – the forum through which the WHO is governed by its 194 member states. It is the world’s highest health policy setting body and is composed of health ministers from member states – and all other governing body meetings, including on regional level.

UNDP is a specialised agency of the UN. It is the United Nations’ global development network.

IOGT International contributes actively to UNDP’s work and is a partner with UNDP and WHO in a joint program to strengthen and align national policy frameworks for the harmful use of alcohol, gender-based violence, and infectious diseases.

UN Women is the UN organization dedicated to gender equality and the empowerment of women. A global champion for women and girls, UN Women was established to accelerate progress on meeting their needs worldwide.

IOGT International contributes actively to UN Women’s work and is a partner in the SayNo Unite Campaign, promoting Orange Day to raise awareness of violence against women and girls. At CSW, IOGT International arranges Side Events to address the intersection of alcohol, gender-based violence and other epidemics burdening women.

We are regularly participating in the Commission on the Status of Women (CSW) – the principal global intergovernmental body exclusively dedicated to the promotion of gender equality and the empowerment of women. CSW is a functional commission of ECOSOC.

UNODC is a global leader in the fight against illicit drugs and international crime.

IOGT International is an active partner to UNODC, especially concerning UNGASS 2016 and the facilitation of civil society input and participation. We also regularly participate in the Commission on Narcotic Drugs (CND) – the CND assists ECOSOC in supervising the application of the international drug control treaties. IOGT International arranges Side Events to cover different aspects of harm caused by illicit drugs and effective, Human Rights-based approaches to prevent and reduce such harm.

UN DESA works closely with governments and stakeholders to help countries around the world meet their economic, social and environmental goals.

IOGT International as a UN DESA stakeholder and participates in the Commission for Social Development (CSocD) – the key United Nations body in charge of the follow up and implementation of the Copenhagen Declaration and Programme of Action.

Our partners in the promotion of evidence-based, high-impact and cost-effective alcohol policy measures are:

IOGT International is a network member of the NCD Alliance. We cooperate closely on all issue related to advocacy for an evidence-based and high-impact response to the global epidemic of NCDs, as well as concerning the Post-2015 negotiation processes, including financing for development.

IOGT International and IBC are close allies in the efforts to protect children from alcohol harm, to remove alcohol as obstacle to development and to help people, families and communities overcome addiction problems.

IOGT International helped start IAPA in 2005 and has been a close partner, advisor and supporter ever since.

IOGT International helped start APAPA and has been a close partner ever since.

USAPA and IOGT International are close allies in the mission to advocate for implementation of evidence-based and high-impact alcohol policy measures in the United States, to raise awareness of the alcohol harm and to curb the influence of the alcohol industry.

IOGT International helped start EAAPA and has been supportive in capacity-building and joined advocacy initiatives ever since, including for EAAPA’s national alcohol policy alliances in Burundi, Kenya, Rwanda, Tanzania, and Uganda.

IOGT International and SAAPA are close partners in alcohol policy advocacy and the global effort to curb the alcohol industry.

The European Centre for Monitoring Alcohol Marketing (EUCAM) is a close partner of ours in the effort to monitor the tactics and practices of the alcohol industry concerning marketing and in exposing these strategies to raise awareness and empower decision-makers and opinion leaders. One of our Member Organisations, IOGT-NTO Sweden is founding and supporting member of EUCAM.

IOGT International Member Organizations are part of Nordan and support the mission of the network.

IOGT International members are part of the APN and support the mission of APN.

IOGT International and Alcohol Justice are allies in the efforts to hold Big Alcohol accountable for Human Rights abuses and to advocate for evidence-based alcohol policy measures in the United States and worldwide. The CEO/ President Bruce Livingston is a guest blogger in our Global Voices Blog Portal.

IOGT International and FARE are allies in promoting evidence about alcohol-related harm, raising awareness of high-impact measures to prevent and reduce that harm and in exposing the alcohol industry’s unethical practices.

IOGT International and the IAS are allies working together in GAPA and Eurocare and for promoting evidence about alcohol-related harm, raising awareness of high-impact measures to prevent and reduce that harm and in exposing the alcohol industry’s unethical practices.

IOGT International and NYAPA are close partners in starting a conversation on alcohol and cancer in New York and the United States. We also support NYAPA campaigns to ban alcohol ads on New York public transit (BAAFT).

IOGT International and ECL are close partners in starting a conversation on alcohol and cancer and to raise awareness of the European Code Against Cancer, especially among young Europeans. We also support the European Week against Cancer.

IOGT International and NCD Free are partners in finding innovative ways to empower people around the world to live a healthy lifestyle in order to prevent and reduce NCDs.

IOGT International and WMA are close partners in political processes related to WHO negations relating to NCDs, WHO reform and other alcohol-related public health issues.

IOGT International and UICC are close partners in starting a conversation on alcohol and cancer and to raise awareness of the global disease burden caused by cancer. We also support the World Cancer Day.

IOGT International and IFMSA are close partners and have a Memorandum of Understanding for collaboration in empowering young health professionals to expose myths about alcohol, to question the alcohol norm and expose the harmful practices of the alcohol industry. We also collaborate on issues of global health such as NCDs negations, and Post-2015 negotiations.

IOGT International is founding member of the HaT.

IOGT International and EPHA are close allies and partners on two topics: European alcohol policy advocacy and issues of the Transatlantic Trade and Investment Partnership (TTIP).

IOGT International is a member of the TPP Allies network to monitor and influence the negotiations of the Trans-Pacific Partnership Agreement (TPP). 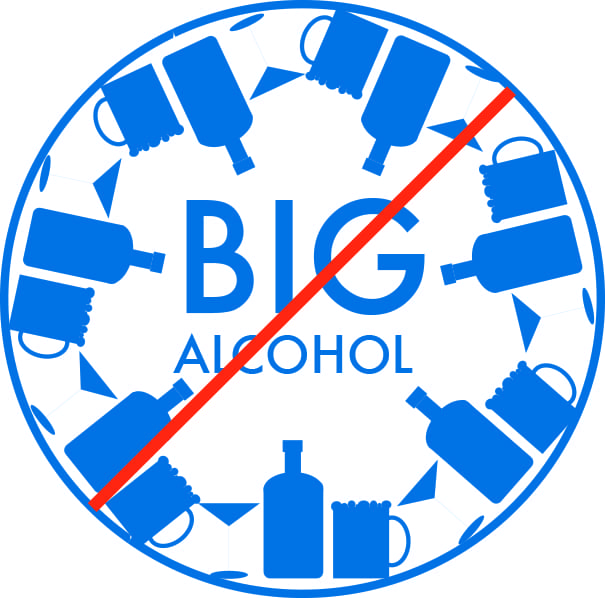 In addition to our partners above, we partner with the following network in order to support each other in holding corporations and their industries, including Big Alcohol, accountable for their Human Rights abuses:

The Conflict of Interest Coalition comprises civil society organisations united by the common objective of safeguarding public health policy-making against commercial conflicts of interest through the development of a Code of Conduct and Ethical Framework for interactions with the private sector. IOGT International is a member of the coalition, closely cooperating on processes at the WHO and World Health Assembly.

IOGT International is part of the movement of hundreds of groups around the world calling for a binding international treaty to address corporate human rights abuses. The Treaty Alliance is an alliance of committed networks and campaign groups around the world, joining to collectively help organise advocacy activities in support of developing a binding international instrument to address human rights abuses committed by transnational corporations and other business enterprises.

BAAFT‘s purpose is simple: to remove alcohol advertising from NYC public transit to ensure the health, safety, and well-being of young people – and we in IOGT International support BAAFT’s mission.

In addition to the vast network of highly esteemed partners and colleagues within the community for evidence-based alcohol policy, IOGT International is also highly involved in political work for a drug-free world. 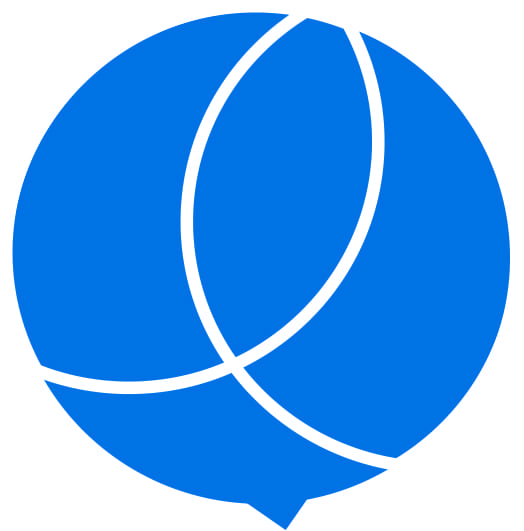 IOGT International is member of VNGOC. Our Executive Director Esbjörn used to Chairman of VNGOC until recently.

IOGT International is member of WFAD.

Drug Policy Futures is a global platform for a new drug policy debate based on health. IOGT International is founding member of DPF.

Together 2030 is a global civil society campaign, promoting and tracking progress of the 2030 Agenda for Sustainable Development. IOGT International is a member of the network.

Major Groups and other Stakeholders

IOGT International is a member of the HLPF MGoS Coordination Mechanism.

IOGT International is also a member of the following major groups:

We partner with organizations to help prevent and reduce gender-based violence: 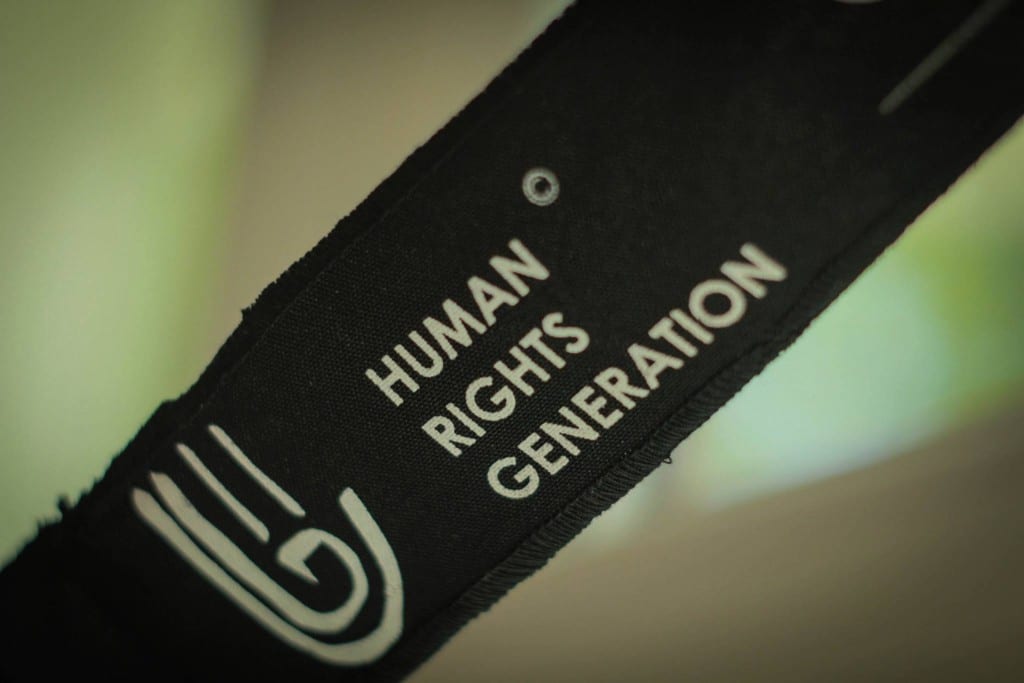 And we partner with civil society to help protect children and promote their best interests:

IOGT International works with New Era College to produce and disseminate evidence about alcohol and alcohol policy measures to prevent harm. Together we worked on the translation and launched the Chinese translation of the book “Alcohol: No Ordinary Commodity.”

IOGT International and Prof. Monica Swahn of Georgia State University collaborate closely. We are partners in community advocacy and research in Uganda and we work together to examine the capacities of civil society. 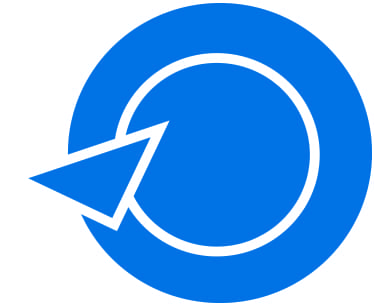 World Association of the Clubs of Alcoholics in Treatment (W.A.C.A.T.)

W.A.C.A.T. works to promote the development and the dissemination of the Clubs of Alcoholics in Treatment (CAT) and of the social-ecological approach to the alcohol related and mixed problems.

IOGT International and EMNA cooperate closely. Two current EMNA board members are from the IOGT movement and IOGT Germany as well as IOGT Denmark are founding members of the network.