Europe’s alcohol epidemic and what to do about it

Brand new WHO Europe alcohol status report 2019 illustrates the high burden of alcohol across the region and that alcohol use and related harms are not declining at an acceptable rate. In response, IOGT International is calling for a new EU Alcohol Strategy, for an updated and improved Action Plan on alcohol in the WHO European region, and for a Framework Convention on Alcohol Control. 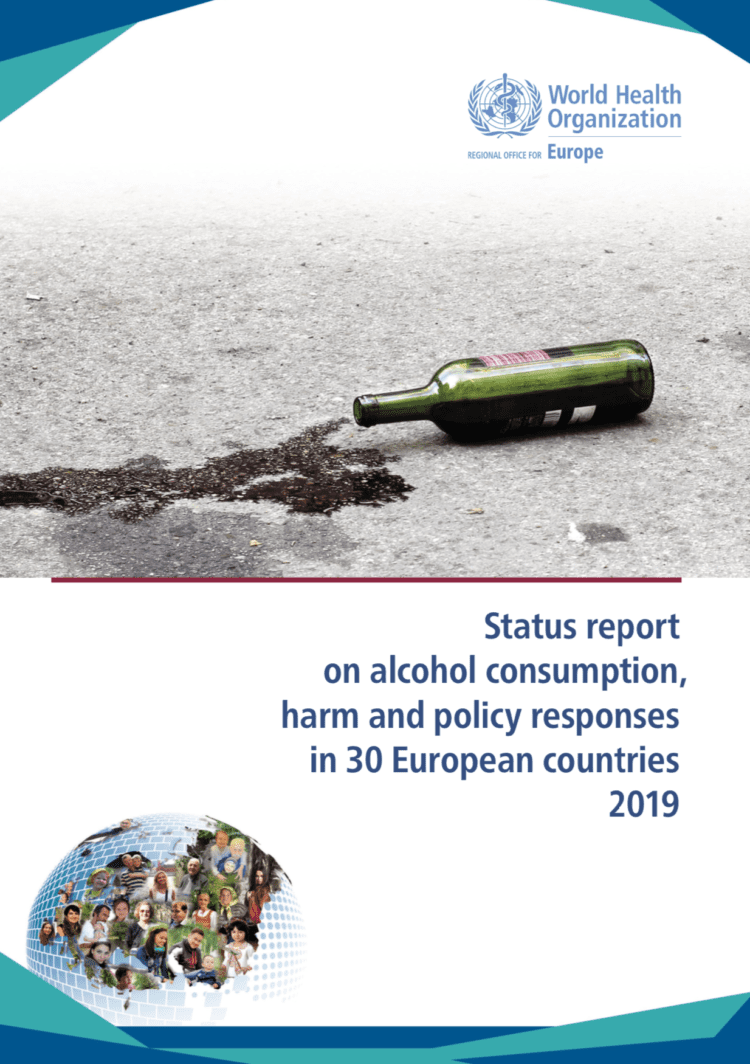 The WHO Europe “Status report on alcohol consumption, harm and policy responses in 30 European countries 2019”, released today in Copenhagen, Denmark illustrates that there have been improvements concerning alcohol-attributable mortality in EU+ countries (EU Member States, Norway and Switzerland), but also clearly highlights that there was no statistically significant decline in total alcohol per capita consumption between 2010-2016 and that observed decreases in heavy episodic alcohol use have come to a halt.

This is a timely and comprehensive alcohol status report for the European region,” says Kristina Sperkova, International President of IOGT International.

We congratulate WHO Europe and the Regional Director Dr Jakab for this achievement and the timely release, ahead of the United Nations General Assembly (UNGA) High-Level Meeting on Universal Health Coverage as well as the WHO Europe Regional Committee Meeting.”

The 2019 WHO Europe alcohol status report shows that per capita consumption among adult alcohol users amounts to 3 bottles of wine per week. Such a level of consumption leads to serious health consequences.

These problems are fuelled by weak alcohol policy implementation in many countries of the region.

Especially the low implementation rate of marketing and pricing policies is of serious concern, as these are proven to be among the most effective policy measures to prevent and reduce alcohol harm. 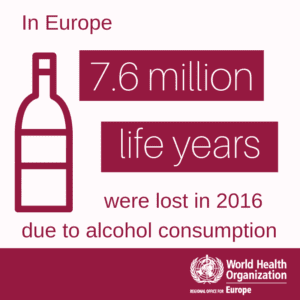 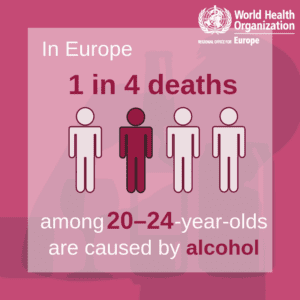 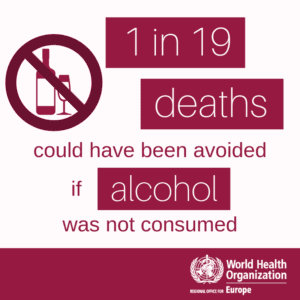 The report shows that countries often walk the path of least resistance opting for weaker measures such as awareness-raising, drink–driving policies and surveillance policies. These measures rarely face opposition by the alcohol industry.

For decades, Europe has been the heaviest alcohol consuming region in the world,” says Kristina Sperkova.

And yet, the European Union is going without an alcohol strategy and without significant resources dedicated to protecting the people, especially children and youth, from alcohol harm.

The WHO Europe alcohol action plan has filled that void but political leadership in many countries across the region has fallen short of its potential.

We need better and stronger instruments to tackle the alcohol epidemic in Europe, including a Framework Convention on Alcohol Control.” 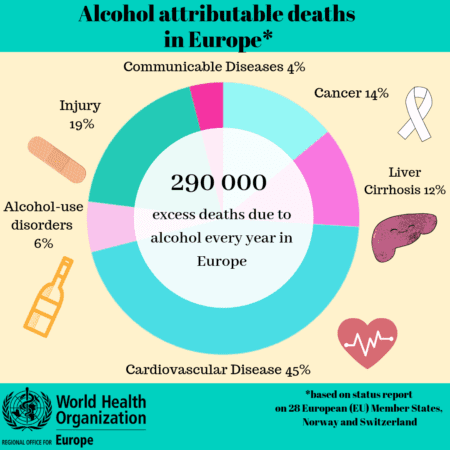 New data also underscores alcohol’s economic burden on the European region. The report shows alcohol is a leading cause of working years of life lost and also of lost economic productivity and development.

Alcohol harm affects children and youth in Europe disproportionately, according to the report. The level of alcohol deaths in adolescents and young adults remains unacceptably high. 1 in every 4 deaths among young adults is caused by alcohol.

The majority of those deaths are preventable, according to the report.

Europe’s alcohol epidemic is not only a public health crisis,” says Kristina Sperkova.

The level of alcohol harm and lack of widespread political commitment to do something about is also a social crisis and a serious economic problem for communities and countries in Europe.”

Make alcohol policy the priority it should be in Europe

Alcohol is a major risk factor for burden of disease and economic loss, with substantial adverse effects not only on individual consumers but on society at large. Nevertheless, alcohol use in Europe continues to be almost double the global average and consumption rates have stagnated instead of declining.

We are very concerned about the reality that this new WHO Europe shows. Europe needs to cut back on alcohol, in order to reduce the burden of death, disease and disability,” says Kristina Sperkova.

The report outlines that prevention and reduction of alcohol harm requires the implementation of effective and decisive population-level alcohol policies, especially the three most cost-effective and high-impact solutions: pricing policies such as alcohol taxation, reducing alcohol availability through opening hours and legal age limits, and banning alcohol advertising, promotion, and sponsorship – the so-called WHO Alcohol Policy Best Buys.

Governments and the new European Commission have the responsibility to protect their citizens, especially children and youth, from alcohol harm,” says Kristina Sperkova.

We urge European leaders to step up their commitment and to make alcohol policy the priority it clearly must be. It’s time to act decisively on the best buy solutions we know work.”

The WHO Regional Office for Europe

The World Health Organization (WHO) is a specialized agency of the United Nations created in 1948 with the primary responsibility for international health matters and public health. The WHO Regional Office for Europe is one of six regional offices throughout the world, each with its own programme geared to the particular health conditions of the countries it serves.