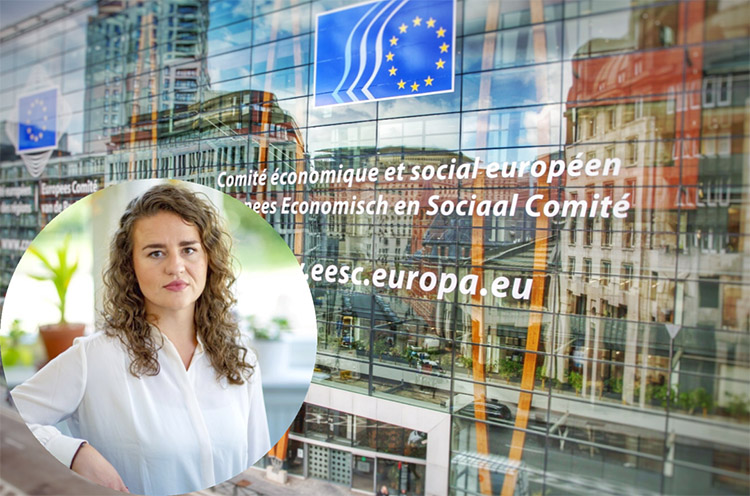 The Swedish government has nominated IOGT-NTO for the European Economic and Social Committee (EESC).

The EESC is an advisory body to the European Union. This committee was established in 1957 and is organized into three groups: Unions, Employers and the Diversity Group. Its task is to assist  major EU institutions (European Commission, Council of the European Union, European Parliament) in decision making by providing expert opinions.

With nearly 27.000 members, IOGT-NTO is one of the largest member organizations of Movendi International. It’s a popular movement working for a society and world where alcohol and other drugs don’t hinder people from leading a free and rich life.

Earlier in May, the Swedish Network for Non-communicable Diseases (NCD Nätverket) in which IOGT-NTO is a member organization, nominated Irma Kilim, IOGT-NTO’s Head of Drug Policy, as a representative to the EESC Swedish seat. The government has decided to nominate Irma Kilim as one of the 12 members of Sweden in the EESC.

It’s an immense honor that the government chooses to pay attention to the important public health work the Swedish NCD Network and its member organizations are doing,” says Irma Kilim, Head of Drug Policy at IOGT-NTO as per the IOGT-NTO website.

The EESC is consulted before new rules are adopted in the areas that concern the groups that are members of the Committee. The EESC will be consulted on issues relating to the realization of the internal market, establishment of companies or environmental and consumer issues. In addition, the EESC adopts opinions on its own initiative on topics that Members consider to be important for EU citizens.

The EESC currently has 353 members which will decrease to 329 with UK’s exit. Sweden has 12 seats in the committee.

While saying it is an honour to be nomiated to the EESC, Irma Kilim shared that she looks forward to increasing awareness for public health issues and prevention.

The Covid-19 pandemic has shown the importance of resilient health systems and good public health. The EU must be better at getting public health perspectives into its work and I intend to be the voice in the EESC that is pushing for that,” said Irma Kilim, Head of Drug Policy at IOGT-NTO as per the IOGT-NTO website.

Sweden’s nominations will be sent to the Council of the European Union to be determined during the summer.

IOGT-NTO: “THE GOVERNMENT NOMINATES IRMA KILIM TO THE EUROPEAN ECONOMIC AND SOCIAL COMMITTEE“