On global level, alcohol kills 3.3 million people every year. That amounts to one human being dying of an alcohol-related cause at a staggering rate of every 10 seconds.

In the second most populated country on earth, India, 15 people die every day – or one every 96 minutes – from the effects of consuming alcohol, data from an IndiaSpendanalysis of 2013 National Crime Records Bureau (NCRB) shows.

It is a staggering death toll – given the fact almost 85% of the Indian adult population do not use alcohol, in any given year. 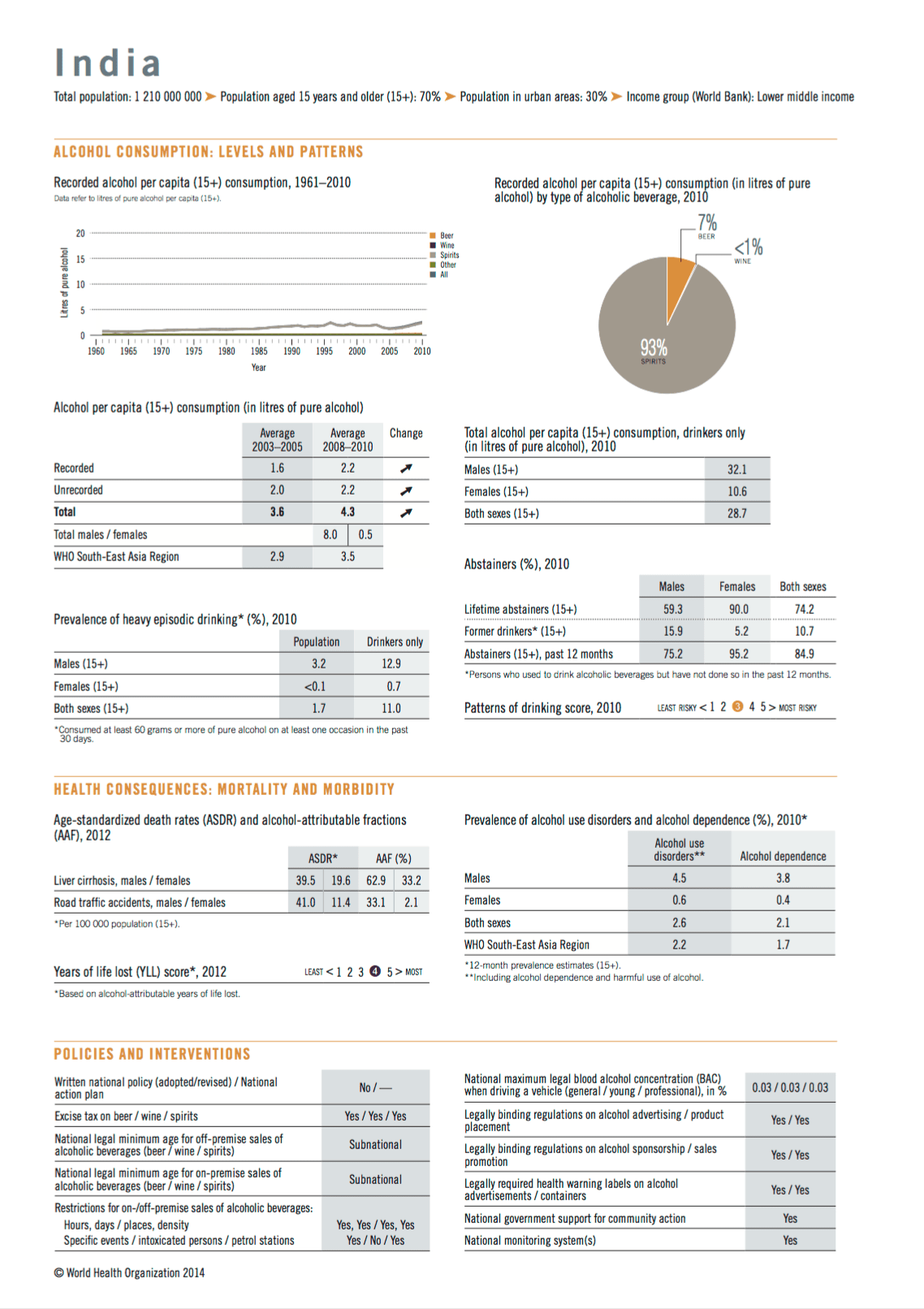 WHO Global Status Report on Alcohol, 2014

The data explain the wide political support for alcohol control legislation to prevent and reduce the public health, societal and economic harm associated with alcohol.