Botswana National Sport Commission (BNSC) has turned down the organisers of the Council of Southern Africa Football Associations (COSAFA) Castle Cup from getting Botswana to host the 2017 edition due to protecting the integrity of a ban on alcohol advertising in Botswana. 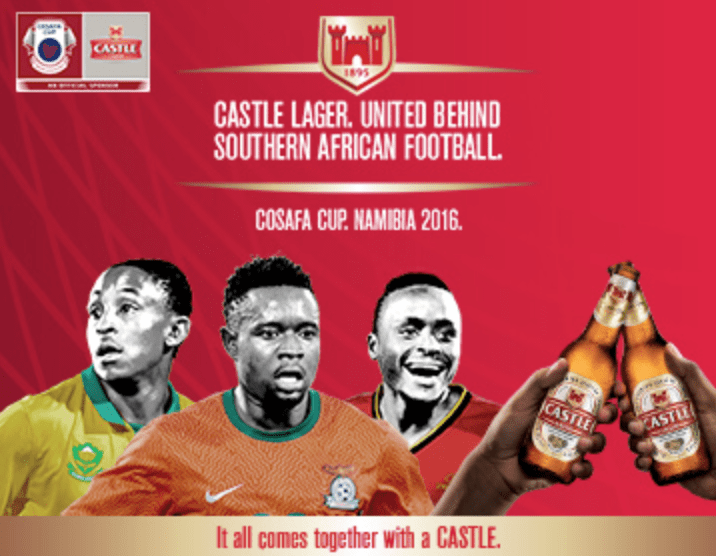 COSAFA Cup is sponsored by Castle, a beer brand owned by the world’s second biggest beer producer SABMiller and even has the beer brand in its name.

COSAFA was keen to have the Botswana Football Association (BFA) organise next year’s event. But BNSC chairperson, Solly Reikeletseng emphasized that sport cannot be sponsored through any alcohol brand. He said there is no way they could be seen promoting alcohol through sport.

Reikeletseng said it was not possible for COSAFA Cup to come to Botswana as long as an alcohol brand is the sponsor.

We do not want to be associated with alcohol. Our rules are clear that alcohol cannot sponsor sport in Botswana. If they want COSAFA Cup here, they should bring a different sponsor.”

In this period of football tournaments being played in Southern Africa (COSAFA Cup), The Americas (Copa America Centenario) and in Europe (EURO2016), the Botswana decision is a strong statement for what is right over what is profitable. Alcohol advertising is pervasive not only in the COSAFA Cup 2016 but also in the other tournaments – putting children and youth in harms way and glamorizing a harmful product.