Normalizing alcoholism for women is the newest social media trend fired by Big Alcohol. Many Facebook pages, YouTube videos and specially memes depicting managing stressors of motherhood through alcohol consumption is being highly circulated over the internet. “Women are being played and they’re being played in a very cynical way by the alcohol industry,” said Keating-Toews, AFM Education and Research Specialist, as per Global News…

Normalizing alcoholism for women is the newest social media trend fuelled by Big Alcohol. Many Facebook pages, YouTube videos and special memes depicting managing the stress of motherhood through alcohol consumption are being widely circulated over the internet. This harmful content is spun in a way that is both funny and highly relatable for women and especially mothers all around the world. 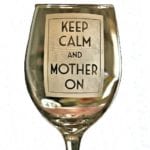 For example consider a popular meme depicting a large wine glass and the wording “keep calm and mother on”. Messages such as these can contribute to the growing trend of increased alcohol consumption by women.

Historically men have used more alcohol than women, but that gap has narrowed and virtually closed. Women haven’t only been consuming more alcohol — but they’re using alcohol more like men,” said Keating-Toews, AFM Education and Research Specialist, as per Global News.

According to a report by the Canadian Institute for Health Information, more and more women are dying due to alcohol harm. Between 2001 to 2016 the rate for death related to alcohol climbed by 26% for women comparative to 5% for men.

Alcohol Used as a Gender Equalizer

Alcohol is being considered as a gender equalizer. There is a perception change where women are thinking “they deserve it” to consume alcohol due to their workload. This is a similarly problematic trope as the traditional concept of men having a glass of alcohol “after a hard day’s work”.  With growing concern for gender equality in the world and the advancement of the feminist movement, alcohol as a gender equalizer is an idea that sells. This factor was no doubt carefully studied and strategically leveraged by Big Alcohol for their gain.

The problem is, scientifically alcohol causes more harm particularly for women. According to Dr. Sheri Fandrey with the Manitoba Addictions Knowledge Exchange Centre, women have fewer enzymes used to break down alcohol before it enters the blood stream, which means alcohol can stay in their system longer. This increases the risk women have for alcohol related diseases such as cirrhosis, depression and even alcohol addiction.

Alcohol consumption is being made “more socially acceptable” for women through these memes as Keating-Toews explains. She uses an example from the duo of American moms behind #MomsoHard. One of their videos titled “Wine so Hard” depicts the duo consuming glasses of red wine and discussing how wine is their reward after a day of hard work.

Now, she asks to change the backdrop from two women consuming wine in a nice, suburban home to a core area or housing project with women consuming beer or hard liquor while discussing the same topics. She questions why people would be judgmental about the second group and not the first. Both groups are consuming alcohol and both groups would face the same harm from alcohol. This is the truth about alcohol, it survives on the socially constructed alcohol norm.

Women are being played and they’re being played in a very cynical way by the alcohol industry,” said Keating-Toews, AFM Education and Research Specialist, as per Global News.