The statistics come from an analysis of 65,000 households using data from the 68th round of the Consumer Expenditure Survey conducted by the National Sample Survey Office in 2011-12. The study was conducted by All India Institute of Medical Sciences (AIIMS) in collaboration with the Indian Statistical Institute (ISI).

Households in India, on an average, consumed 0.18L of all alcoholic beverages every month (0.22L in rural areas; 0.10L in urban areas). The absolute quantity of alcohol consumed was higher among higher income groups in both rural and urban areas,” said Akash Sood, corresponding author of the study, as per India Today.

The National Drug Survey 2019 released by the Union Ministry of Health last month, noted that that the national prevalence of alcohol use of people aged between 10 years and 75 years is 27.3%, out of which 43% people consumed more than four alcoholic beverages on an average, in a single occasion.

According to the survey, the day-time alcohol consumption is about 21%. The influence of alcohol was also found in 26% of cases of physical fights and in 4% of road accidents.

A concerning pattern shows, all age groups, including children between 10 to 17 years consume alcohol. Alcohol use in India is comparatively high for men at 27.3% against 1.6% of women.

The AIIMS-ISI analysis pointed out that the consumption of hard drinks in India is rising tremendously. With the rise in income, households tend to [consume more alcohol].

Looking at the trends in income and expenditure, alcohol taxation and pricing policies should be considered as these affect public health,” said Dr Atul Ambekar, professor of psychiatry at AIIMS’s National Drug Dependence Treatment Centre, the main author of the AIIMS-ISI study, as per India Today.

On an average, the Capital’s households spend about 1% of hard-earned income on alcohol every month. 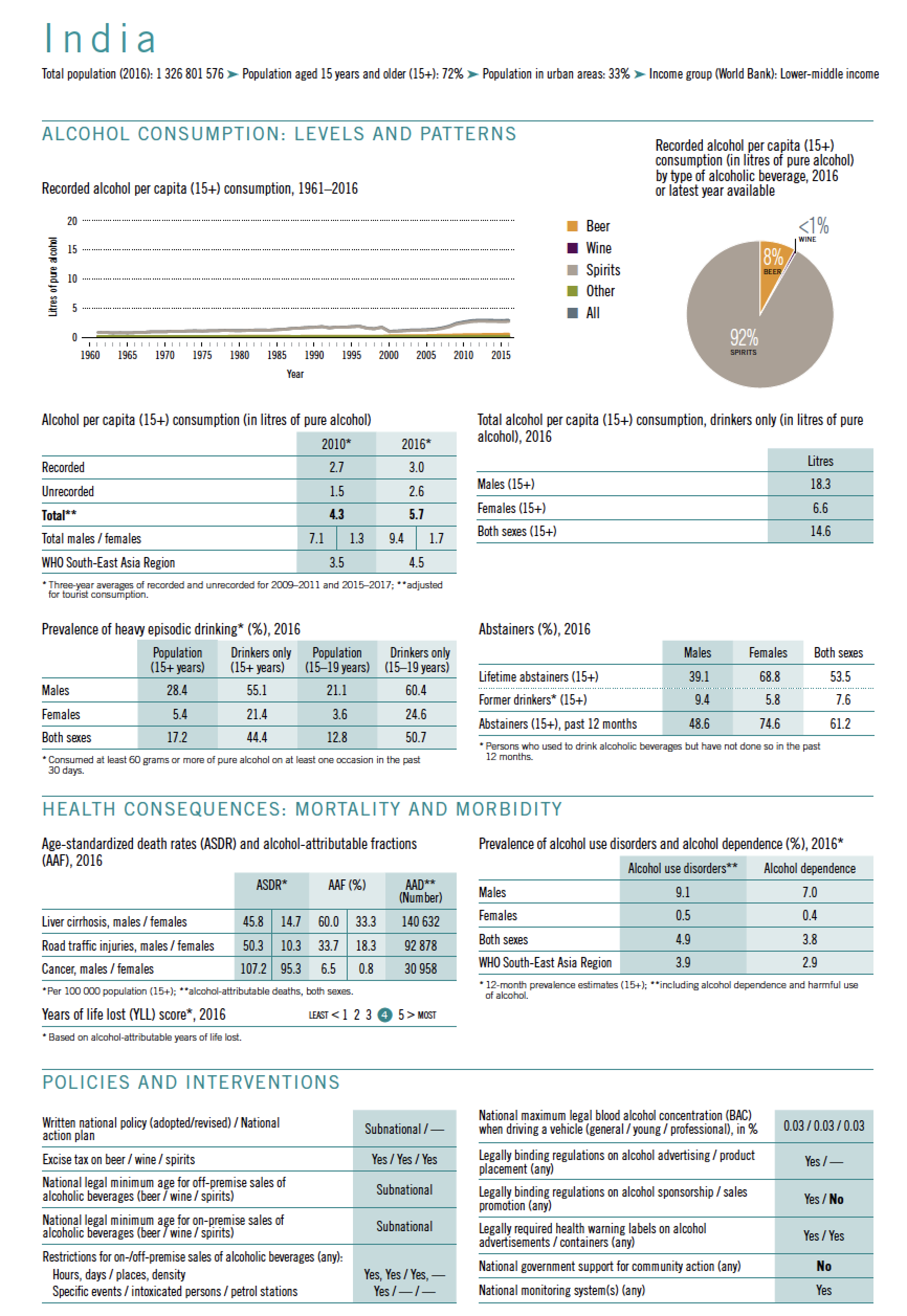 Alcohol consumption significantly affects India’s mortality and morbidity rates. The country rates high for years of life lost due to alcohol. For men the harm is even more increased with alcohol use disorders and alcohol dependency both high comparative to the WHO South East Asian region.

The Situation from Expert View

Doctors from leading hospitals in India warn about the diseases caused by alcohol consumption which include but are not limited to, damages to the liver, heart, pancreas, lungs and kidneys, poor immunity, hypertension, obesity, diabetes and cancer.

In Delhi, the situation is turning worse, with increasing addiction rates.

The psychiatric department gets cases of even school students addicted to alcohol. We see at least three to five fresh case of alcohol-dependence every day in the OPD.

People [use alcohol] because of stress, for adventure and peer pressure. But they don’t realise that they’ve got addicted to it,” said Dr Rajeev Mehta, vice-chairman of psychiatric department at Sir Ganga Ram Hospital, as per India Today.

About 5.7 crore individuals in the country need help for their alcohol-use problems.