Alcohol Focus Scotland is working with the Children’s Parliament to build support for the concept of an alcohol-free childhood for young people.

A group of 9 to 11-year-old “investigators” have been working with Alcohol Focus Scotland and 100 of their peers in three Edinburgh primary schools. Their aim is learning more about where they see alcohol on a daily basis and how this makes them feel.

The pupils met the Minister for Public Health, Joe Fitzpatrick, and Alison Douglas, chief executive of Alcohol Focus Scotland, to discuss the findings from workshops they had carried out with their classmates.

From what they reported, kids saw alcohol or alcohol advertising throughout the day. They saw alcohol while having breakfast, walking to school, in billboards and on posters at parks they play at, on TV and online. They noticed the brightly coloured discount price tags on alcohol, and sports grounds hoardings with alcohol ads.

Kids also reported seeing alcohol being consumed while travelling in trains, before football matches, at parties, social gatherings and in the parks.

With regards to TV alcohol ads the kids reported seeing a lot of them, all the time.

Clearly alcohol has a huge impact on the lives of children, and it’s really important that we hear their voices as we move on to develop policies to protect children from the alcohol harm that affects the whole of society,” said Joe Fitzpatrick, Minister for Public Health, as per the Scotsman.

Alcohol harm for young people in the UK 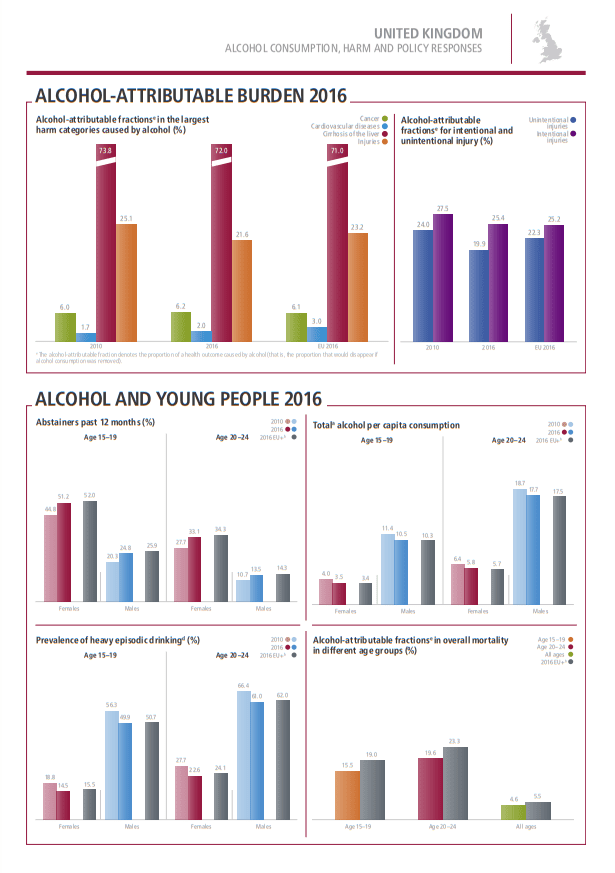 The WHO reports alcohol per capita consumption for young people between 15 to 19 years in the UK is 10.3 liters for males and 3.4 liters for females. Statistics for binge alcohol use are alarming with over half of young boys (50.7%)  engaging in this habit. It is worrying that this trend is increasing for both boys and girls.

15.5% of deaths among youth between 15 to 19 years is attributable to alcohol.

Scotland needs to take a strong stance to prevent and reduce the harm towards children and prevent early  initiation into alcohol use. As findings from these children show, alcohol is not out of sight for kids just because they are underage, it has been woven into their lives. This is a reality that needs to be urgently addressed in the best interest of the children.