Alcohol related diseases caused 79,000 preventable deaths in Europe in 2016, according to statistics by Eurostat.

Eurostat reports, in the European Union (EU), about 1.7 million persons younger than 75 died in 2016. Among them, around 1.2 million deaths could be considered as premature according to the recently developed Eurostat-OECD list of avoidable mortality. Out of those, 741,000 preventable deaths could have been avoided through effective public health and primary prevention interventions, and 422,000 treatable deaths through timely and effective health care interventions. 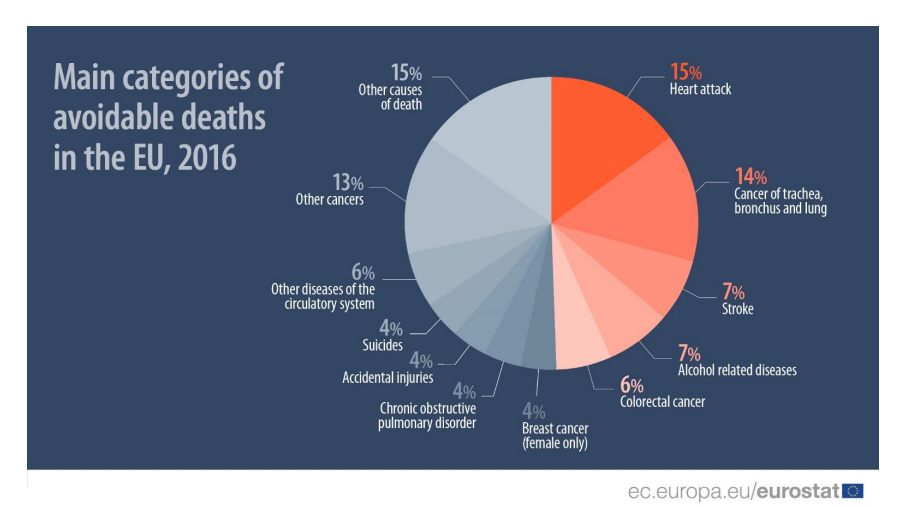 Eurostat and the OECD caution: Both the treatable mortality and the preventable mortality indicators are meant to be used in a global context of peer reviewed health system performance assessments. They provide a warning signal of potential shortcomings in health systems but are not intended to be a definitive measure for monitoring health care across Member States.