Norway is the first country to launch a strategy aimed at tackling NCDs and their major risk factors as part of their international development assistance work.

Worldwide 41 million people die each year of non-communicable diseases. This cannot continue. Norway will triple its assistance to #EndNCDs in developing countries to 200 million NOK for 2020. Will step up funding towards 2024. #HealthForAll @dagiulstein @helse_og_omsorg @WHO pic.twitter.com/NvFRWu7eQy

Ca. £17 million will be offered as international development assistance to help low- and middle-income countries tackle NCDs including cancer, obesity and diabetes and their risk factors such as tobacco and alcohol, according to reporting by The Telegraph.

The main risk factors for NCDs are alcohol use, tobacco use, lack of physical exercise, poor diet and air pollution.

As World Health Organization (WHO) data suggest, over 70% of deaths globally are due to NCDs. The burden is growing for lower- and middle-income countries.

Despite this burden, according to the Norwegian government,  prevention and control of NCDs currently receives only about 1% of health-related development assistance.

According to Dag-Inge Ulstein, Norway’s minister of international development, this is only the first step and the government will be increasing funding for NCD prevention and control from 2024.

Improving the health of the world’s poor is not only goal in itself – it is also a major pathway to eradicating poverty. Norway aims to be a global driver in the battle against non-communicable diseases in poor countries, says Min of Int’l Dev @dagiulstein #EndNDC #HealthforAll pic.twitter.com/ty4gIwAk6C

Norwegian investment based on WHO Best Buys 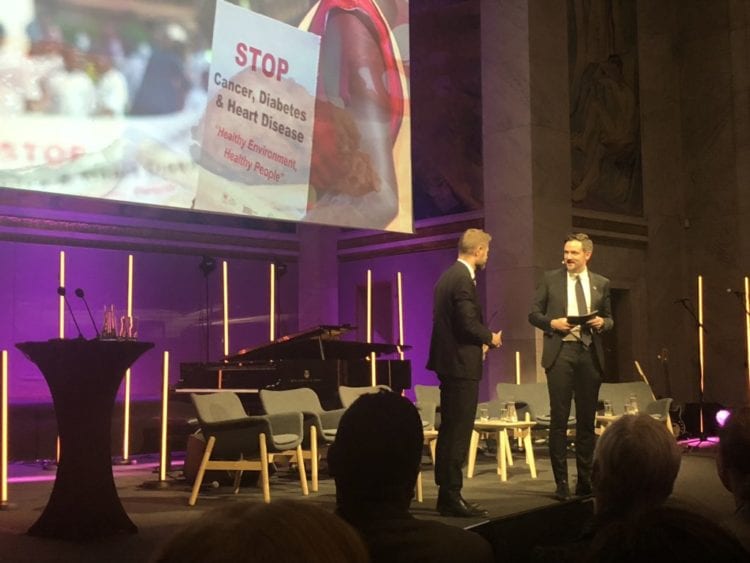 The WHO NCDs best buys include cost-effective, high-impact measures to reduce tobacco and alcohol consumption and related harm as well improving diet and nutrition.

Dr Tedros Adhanom Ghebreyesus, director general of the WHO thanked the Norwegian government for their initiative, while noting that the poorest countries bear the heaviest NCD burden.

Norwegian Minister of Health, Bent Høie, noted that the strategy builds upon WHO’s normative work on NCDs, and particularly the 16 WHO-recommended “Best Buys” – interventions for the prevention and control of NCDs.

If these were implemented, over 8 million lives could be saved annually by 2030; there would also be a total savings of $US 7 trillion in low- and middle-income countries over the next 15 years,” he said, citing WHO data.

In an article, FORUT – the development branch of the Norwegian IOGT movement – has expressed their support for the new strategy by the government. FORUT has been pointing out the omission of mental health in Norwegian development assistance and advocating for the inclusion of more alcohol control globally.

The focus in the strategy on reducing premature deaths by one-third by 2030 as per the Agenda 2030, and on collaboration with multinational, national and local contributors in the field is favourable. The strategy also warns about collaborating with industries which create these health harmful products.

The strategy is set to be operationalized in a performance framework with an overview of performance targets for the various areas of effort.

IOGT International welcomes the new and ground-breaking strategy. IOGT International President has discussed this issue on the margins of a UN meeting in New York and highlighted the Norwegian efforts in September during the UN General Assembly.

Norway plans to contribute to combating NCDs in LICs. Norway will launch a strategy in November – 1st NCD strategy from the development perspective. Primary prevention is the key approach. We need to focus on risk factors. Let’s tax things that are killing us. #beatNCDs #Norway pic.twitter.com/9eB4Feg48a

The Norwegian Cancer Society and the NCD Alliance both have also welcomed the ground-breaking strategy.

We are proud of Norway’s commitment to this bold strategy – one that will intensify efforts to break down silos and make real efforts to take a comprehensive approach to global health that includes NCDs – the world’s number one killer,” said Anne Lise Ryel, General Secretary of the Norwegian Cancer Society, as per NCD Alliance.

NCDs are a poverty and development issue. They have overtaken infectious diseases as the leading killers worldwide. The yearly number of deaths includes 15 million people who die between the ages of 30 and 70 years. The majority of these premature deaths could be prevented or delayed. Among these premature deaths some 80% occurred in developing countries. These deaths are but the tip of the iceberg of long years of disability, illness, care and treatment experienced by hundreds of millions of people living with NCDs every day of their lives.

Katie Dain, the CEO of the NCD Alliance has also congratulated the Norwegian government: