Big Alcohol across the world is looking for innovations to protect their profits from the COVID-19 crisis.
With COVID-19 many countries such as the UK, Germany, Kenya, Argentina, or India are on lockdown. All countries are practicing physical distancing. This has led to the closure of public venues including bars and restaurants, put Big Alcohol under pressure to adapt and kicked off a race to aggressive measures to capitalize on the new reality and the time after the public health crisis…

Big Alcohol across the world is looking for innovations to protect their profits from the COVID-19 crisis.

With COVID-19 many countries such as the UK, Germany, Kenya, Argentina, or India are on lockdown. All countries are practicing physical distancing. This has led to the closure of public venues including bars and restaurants.

As Movendi International previously reported, major alcohol companies such as AB InBev, Pernod Ricard and Remy Cointreau have adjusted their forecasts for the year to show losses ranging from 10 to 20%. And analysts at Jefferies predicted the alcohol industry would be hit by losses of 10% to 40% of earnings before interest, tax, depreciation and amortisation in the coming year.

The alcohol industry is “preparing for the worst,” according to the Financial Times. For instance, in March, AB InBev drew down its entire $9 billion revolving credit facility, while it joined Heineken and Diageo in launching a new bond issue in recently. The beer giant is the most indebted Big Alcohol company, after massive takeover and mergers with competitors.

Big Alcohol companies are cutting costs and scrambling to bolster cash reserves in preparation for substantial losses of up to a third of sales in countries enforcing COVID-19 lockdown measures. However, these companies are much better equipped to weather the pandemic while many small businesses will have to permanently close.

After adapting business operations to the crisis, the alcohol industry is now racing to adapt to new consumer behavior where people stay at home and conduct much more of their lives online. Beer giants such as AB InBev, the world’s largest beer producer, are reshaping their business practices to capitalize on the new reality. Resources are aggressively shifted away from the off-trade to the “in-home channel, grocery stores and e-commerce”.

It is clear that Big Alcohol is setting itself up to weather the storm and “come out of the crisis in the right way.”

In the face of the crisis, alcohol companies are also betting on offsetting the off-trade losses by increased alcohol use at home. In the competition for converting people staying at home into alcohol users, the beer and liquor makers appear hopeful to be well positioned to overcome the crisis. Data shows, for example, that households stockpiled alcohol as countries entered physical distancing mode.

Big Alcohol’s two main strategies to survive through the crisis are online marketing and alcohol delivery.

Major alcohol industry players are betting on fueling the troubling trend of alcohol consumption at home during the lockdown and are facilitating bulk alcohol buying.

For example, in France appalling examples have been documented in different supermarkets.

Carrefour inciting bulk purchases and heavy alcohol use at home:

LeClerc inciting bulk purchases and heavy alcohol use at home:

In Switzerland, two examples of appalling price promotions have been documents. 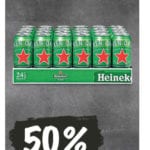 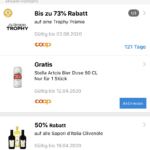 From the United Kingdom, examples document the push into online retail and delivery and illustrate concerns that minors can now get alcohol much more easily.

Analysis shows that in the UK, alcohol purchases in stores were up 58%. In the U.S., retail sales of the tequila brand Casamigos, made by Diageo, almost doubled in a month.

Online marketing plays a big part in influencing people to consume alcohol during the COVID-19 lockdown (and beyond). For example, in China, Budweiser sponsored livestreamed DJ sets with order buttons for immediate beer deliveries. These e-clubbing events are now mushrooming. In Chine, hundreds of thousands of music fans have tuned in over recent weeks.

As societies fight to address the public health crisis, the alcohol industry is scheming for the time after the pandemic. In expectation of alcohol to flow in celebrations of the end of the crisis, major alcohol companies are reallocating – not cutting – resources – to stay ready and harness the innovations they have established during the crisis. From a public health and safety perspective, this is likely to contribute to worsening the global burden of disease.