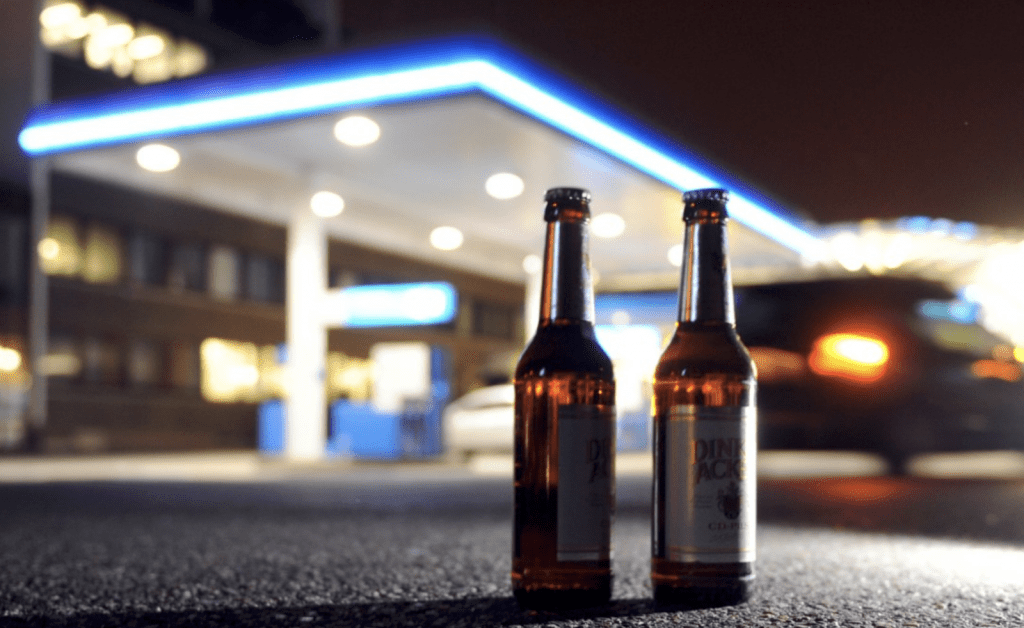 Reducing Binge Drinking? The Effect of a Ban on Late-Night Off-Premise Alcohol Sales on Alcohol-Related Hospital Stays in Germany

Heavy episodic alcohol consumption among young people is a major public health concern. On March 1, 2010, the German state of Baden-Württemberg banned the sale of alcoholic beverages between 10pm and 5am at off-premise outlets (e.g., gas stations, kiosks, supermarkets).

The policy change that the researchers analyze bans the sale of alcoholic beverages between 10pm and 5am at off-premise outlets (e.g., gas stations, supermarkets, kiosks) in the German state of Baden-Württemberg. The law has two main intentions:

The aim is clear: With this law, we want to combat alcohol-related crime at night, and we want to protect adolescents and young people in particular from alcohol-induced health risks. These risks are especially high when they are able to consume alcohol at night” (Landtag von Baden- Württemberg 2009c: 5258).

Violating the ban results in a fine of up to 5,000 euros. There are reasons to assume that the police immediately began enforcing the ban given that this was their preferred policy (see Landtag von Baden-Württemberg 2009b). Furthermore, when reviewing newspapers published around the time of the ban’s introduction, the researchers found little evidence of complaints about a lack of enforcement.

Before the ban came into effect, it was theoretically possible to buy alcoholic beverages 24 hours a day at off-premise outlets. Gas stations were the main place that people could buy alcohol around the clock. Therefore, both the public debate on the law and the reasoning for its introduction focused primarily on gas stations (Landtag von Baden- Württemberg 2009b). Since the ban applied solely to off-premise sales, bars, restaurants, and other on-premise outlets were not affected.

The researchers use rich monthly administrative data from a 70 percent random sample of all hospitalizations during the years 2007-2011 in Germany in order to evaluate the short-term impact of this policy on alcohol-related hospitalizations.

Applying difference-in-differences methods, the study finds that the policy change reduces alcohol-related hospitalizations among adolescents and young adults by about seven percent. There is also evidence of a decrease in the number of hospitalizations due to violent assault as a result of the ban.

Furthermore, the study finds empirical evidence that the late-night off-premise alcohol sales ban reduces overall hospitalizations due to diagnoses that are often related to violent assaults.

According to study estimates, the ban prevented alcohol-related hospitalizations for about 444 adolescents and 288 young adults in the 22 months after its enactment in March 2010.

The Techniker Krankenkasse, a large German health insurer, estimates that on average each alcohol-related hospitalization of an adolescent costs about 540 euros.52 Taking the 540 euros at face value, estimates indicate that the German statutory health insurance system saved about 396,000 euros as a result of the ban. This represents a lower bound of the total health costs for various reasons. First, the amount of 540 euros per hospital stay includes only the direct short-run costs incurred by the health insurer. It does not include the cost of any subsequent treatments. Second, the researchers only observe the main diagnosis in their hospitalization data. However, the ban might also reduce hospitalizations where alcohol is only a secondary diagnosis and hospitalizations that are more indirectly related to alcohol (e.g., hospitalization due to head and neck injuries). Third, the calculated amount does not include any short-run and long-run costs borne by the individuals themselves. Fourth, the researchers are only examining an extreme form of binge alcohol intake, namely the kind that ends up at hospitals. It might be that health costs are being reduced further if the ban reduces other forms of binge alcohol use as well. Additionally, the amount of 396,000 euros does not include any non-health costs (e.g., potential reductions in alcohol-related crime, sick leave, and traffic accidents).

The main finding of this paper is that the late-night off-premise alcohol sales ban is effective at significantly reducing alcohol-related hospitalizations among adolescents and young adults in the short term. This finding is important since there is a large literature documenting adverse health effects of hazardous alcohol consumption. Furthermore, adolescence and young adulthood are often seen as key ages for the prevention of alcoholism (Enoch 2006). The findings are likely to be informative for policy debates in a number of jurisdictions in Germany and in other countries that are thinking about implementing late-night alcohol sales bans.

Overall, the study’s empirical results suggest that the late-night off-premise alcohol ban is an effective policy strategy for reducing alcohol consumption and harm among adolescents and young adults. Hence, the ban can work as a measure against negative externalities of alcohol, such as violence, traffic accidents, and noise (Parry et al. 2009) and as a commitment device for individuals with time-inconsistent preferences (Hinnosaar 2012).

The results are also informative for policy makers in other countries who are considering or planning to implement similar late-night alcohol sales bans: the investigated ban can be considered to be a fairly “light touch” regulation compared to other alcohol control policies, as it restricts the sale of alcoholic beverages only at a specific time of the day (10pm to 5am) and only for a specific type of outlet (off-premise outlets).