Sweden’s current ANDT-Strategy is expiring in 2020. A large number of civil society organizations have therefore come together to develop a shadow strategy for the government’s work to prevent and reduce harm from alcohol, narcotic drugs, doping, tobacco and gambling. The purpose is to contribute to the development of the future national ‘ANDTS-Strategy’ and in this way to strengthen and improve Sweden’s overall work to protect people from the harms caused by alcohol, tobacco, other drugs and gambling.
In her blog post, Irma sketches out how the work of the NGO coalition came about and to fruition. It all started with the idea of one member of IOGT-NTO…

A couple of years ago a member of Movendi International’s Swedish member organization IOGT-NTO got an idea. He wrote it down, made it into a motion for resolution and submitted it for the IOGT-NTO’s biannual congress. The motion passed with a strong majority and came one step closer to realisation.

About two years ago, I got a new job. Director of Advocacy at IOGT-NTO Sweden. I was proud and a little bit nervous. Already during my first week I got a few assignments and one of them was this motion for a resolution. It read:

I propose that IOGT-NTO takes an initiative with relevant organisations to jointly formulate an ANDT [Alcohol, Narcotics, Doping and Tobacco] shadow strategy for 2020.

In the text it also stood:

Would it not be great to be able to put a complete document on the government’s table 2020, one that includes both a vision, goals and measures?

While reading, I thought to myself – yes, it would be great. Also, this could become huge. The idea was so simple yet had a lot of potential. So, I began to create a plan.

The ANDT-strategy is a document that dictates how the Swedish Government and other concerned authorities are going to work with Alcohol, Narcotics, Doping and Tobacco during a specific time period. In 2020 the current ANDT-strategy will expire and therefore we needed to be proactive in order to be able to influence the Government in time for their drafting of the new strategy.

I talked to a lot of people, which helped me to develop the idea further more. About a year ago I started to put the idea into practice. We set up a group of experts who would write the “shadow report” and then created a process through which many organisations could contribute with their expertise. The goal was to have a document that was supported by as many NGOs as possible. 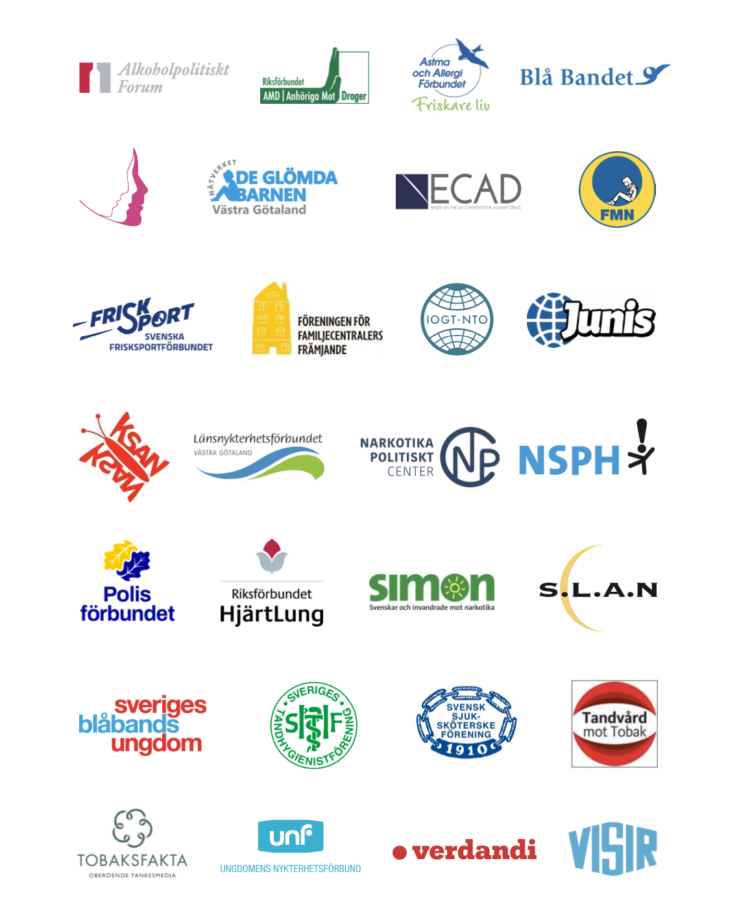 The expert group consisted of experts on alcohol, narcotics, doping, tobacco – both regarding prevention and treatment. Once the expert group was founded we began, together, to create an inclusive process for those NGOs that were interested in joining us. During the course of one year, we held meetings, workshops and when we had a complete product, everyone had an opportunity to give their comments. This meant a lot of work for the expert group, but it was a crucial part since we wanted everyone to feel ownership over the final product. We knew that if everyone felt it was “their” product, too, they would also integrate it in their other activities and advocacy efforts.

The more organisations that used the strategy the more our Government would be interested and forced to listen.

We included as many of the organisations’ comments as was possible, and little by little more organisations joined us. At the moment of writing, 28 Swedish NGOs are supporting the shadow strategy. This is the first time in a really long time that the civil society community has joined forces on this issue.

Last week, we presented the shadow strategy to the Swedish Government. It was an important and very fruitful meeting which we hope will have impact. 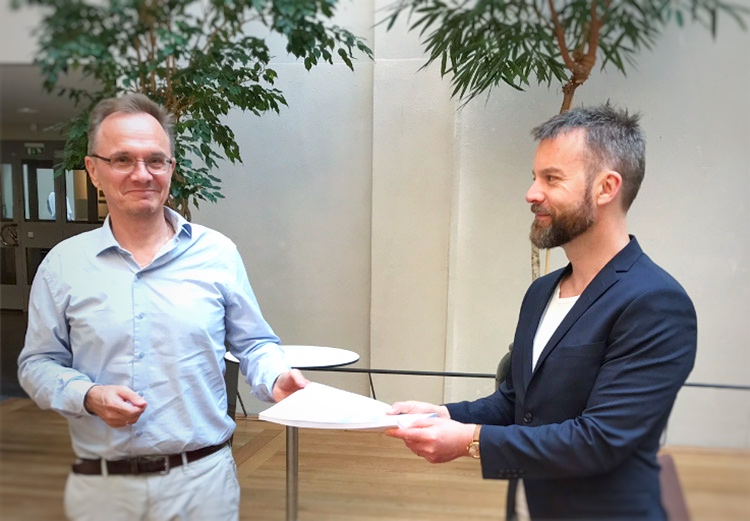 This is not the end though, on the contrary, it is the beginning. Now that we as NGOs have our shadow strategy, we will be even stronger in our advocacy. We have a common goal and our voice cannot be ignored. All of this thanks to one member’s idea.

So next time you have an idea, do not let it stop at that. Act. It doesn’t matter if you are just one person, perhaps it is your idea that will make all the difference!

Get to know Irma

Hi everyone!
I’m the Head of Drug Policy at IOGT-NTO. I used to work as project coordinator for CAN, the Swedish Council for Information on Alcohol and Other Drugs and before that with EU and drug policy at the IOGT-NTO movement.

Other recent posts by Irma Kilim