Rwanda: Heineken To Sell Beer Below $1

Bralirwa, which produces local beers like Primus, has been importing Heineken made in the Netherlands.

Plans are that the cheap beer will be exported to neighbouring countries Burundi and Democratic Republic of Congo.

In the DRC, Heineken has been exposed to have engaged in systematic Human Rights breaches. The book “Heineken in Africa” by investigative journalist Oliver van Beemen details Heineken’s strategies.

Neither Burundi, nor Rwanda have put in place comprehensive national alcohol control legislation or a national alcohol policy. There are no regulations of alcohol advertising in the countries, according to the 2018 WHO Global Alcohol Status Report.

While 65% of the Rwandese adult population does not consume any alcohol, those who do have an extremely high rate of alcohol intake. Per capita alcohol consumption among alcohol users is at 25.6 liters and the prevalence of heavy episodic alcohol intake is 7%, almost double the regional average.

Rwanda belongs to the countries ranked highest in the world for years of lives lost due to alcohol, according to the WHO country profile. 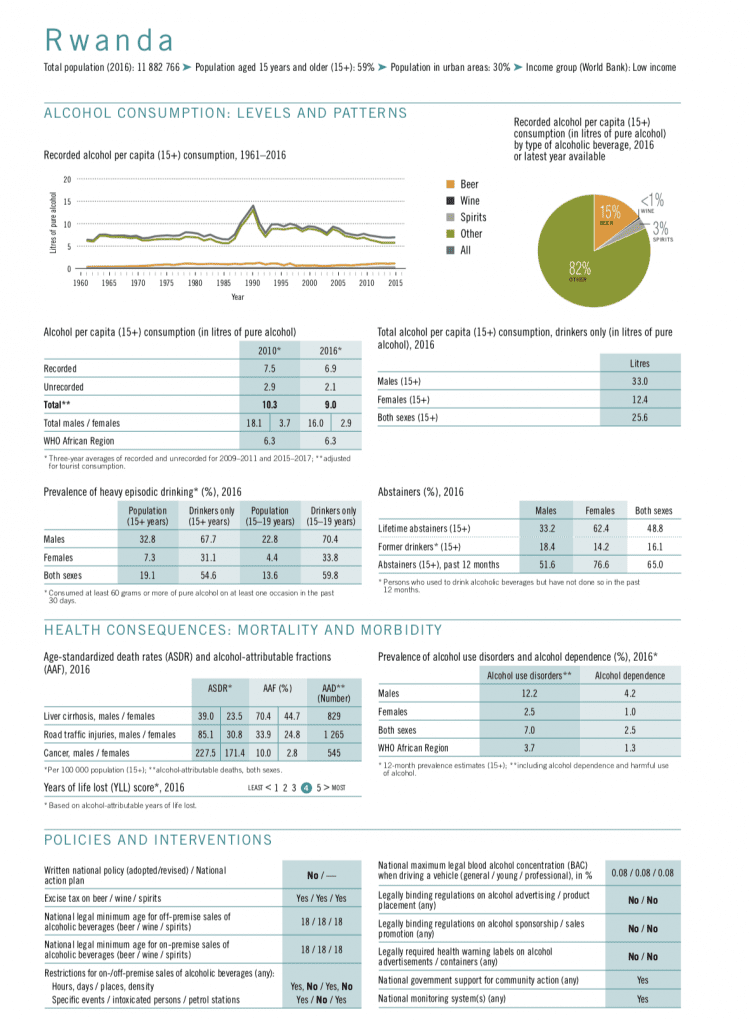 Clearly, the push of Heineken into Rwanda and other African countries with cheap beer comes at a time where alcohol harm is already a heavy burden and major obstacle to sustainable development. With a weak regulatory environment and a growing middle class that has disposable income the 65% alcohol abstention rate means – in the eyes of the beer giant – potential for growth. In the eyes of the local communities it means increasing alcohol-related disease, devastation and death – as the WHO Global Alcohol Status Report details.