A new survey shows that the Swedish people continue to have high confidence in the alcohol retail monopoly, Systembolaget. Accordingly, about 4 in 5 people (78%) reported they had ‘quite’ or ‘very’ high trust in Systembolaget, making it the most trusted institution by Swedish people for the second consecutive year…

A new survey shows that the Swedish people continue to have high confidence in the alcohol retail monopoly, Systembolaget.

According to a survey on the Swedish public’s trust in different institutions, companies and political parties, published in the Local, about 4 in 5 people (78%) reported they had ‘quite’ or ‘very’ high trust in Systembolaget. Thus, placing it as the most trusted institution of the year. In fact, the alcohol retail monopoly is more trusted than the Swedish police, IKEA or the Swedish Radio.

Systembolaget won this title last year as well, but trust has increased more from 71% last year to 78% this year.

Systembolaget is the only place in Sweden where alcohol with over 3.5% alcohol content can be bought, outside of licensed bars and restaurants.

The results come from the annual ‘Trust Barometer’ survey conducted by the media forum.

Several key points of the Swedish Alcohol Policy Model make it one of the most comprehensive and successful in the world:

The government monopoly on alcohol retail is a central element for all three alcohol policy best buys, recommended by the World Health Organization (WHO). 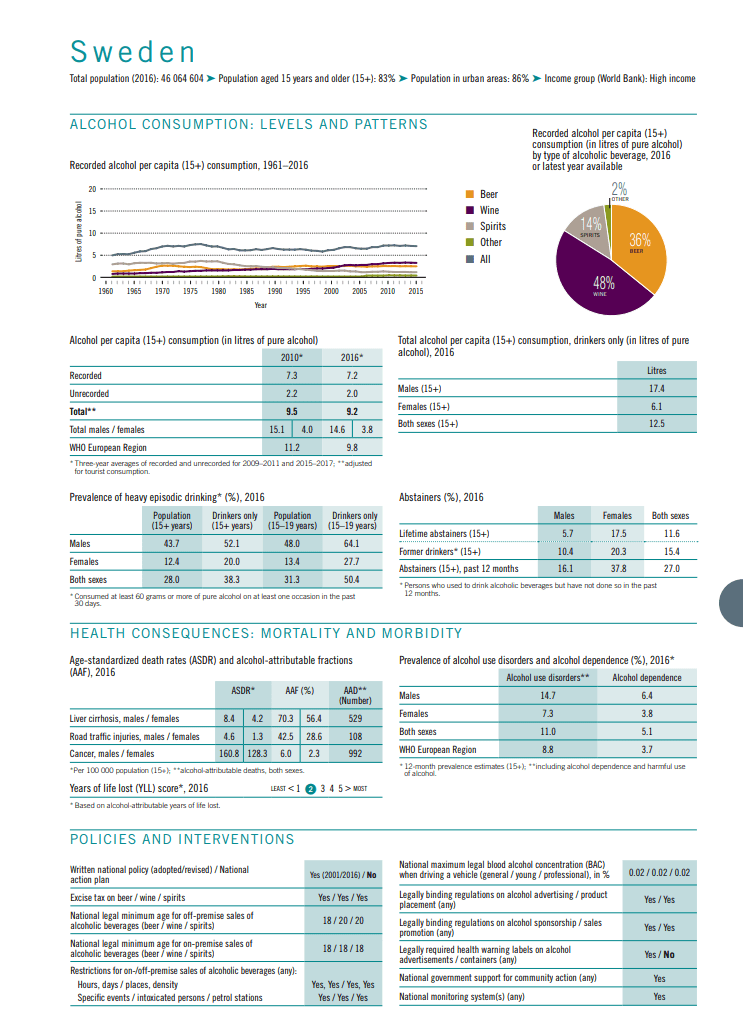 In Sweden, despite ubiquitous prevalence of alcohol use (only 27% of the adult population abstained from alcohol use in the past year), per capita alcohol consumption is relatively low and slightly decreasing. This shows the effectiveness of the Swedish alcohol control model. But even this model needs to be further developed. In a country where alcohol related disorders and alcohol dependency for both sexes rate high comparative to the WHO European region, Systembolaget is a necessity to curtail the alcohol harm.