by Maik Dünnbier Posted on October 25, 2013 in
Policy, Prevention

The prevalence of these forms of violence make the public space a restricted area for women and girls, eliminating freedom and the human right to participate in the cultural and social life of a community. Alcohol harm, like gender-based violence in public spaces, clearly is a threat to democracy and a rich, fulfilled, free life…

Violence against women and girls in public spaces.

The SayNo – UNiTE campaign is Ban Ki-moon’s initiative to end violence against women. In their call to action a couple of days before today’s #OrangeDay they write: “It’s a problem that has persisted for too long, and has few laws or policies in place to address it –
Sexual harassment and other forms of violence in public spaces is a daily reality for women and girls around the world. It happens on the streets, in public transportation and parks, in and around schools or work places. Recently, some cases have received media attention, but countless others go unreported and unaddressed.”

We in IOGT International have been addressing this form of gender-based violence for a long time. For example, Kristina and myself, we went to the United Nations Commission on the Status of Women (CSW 57), in March 2013, in New York with these flyers: 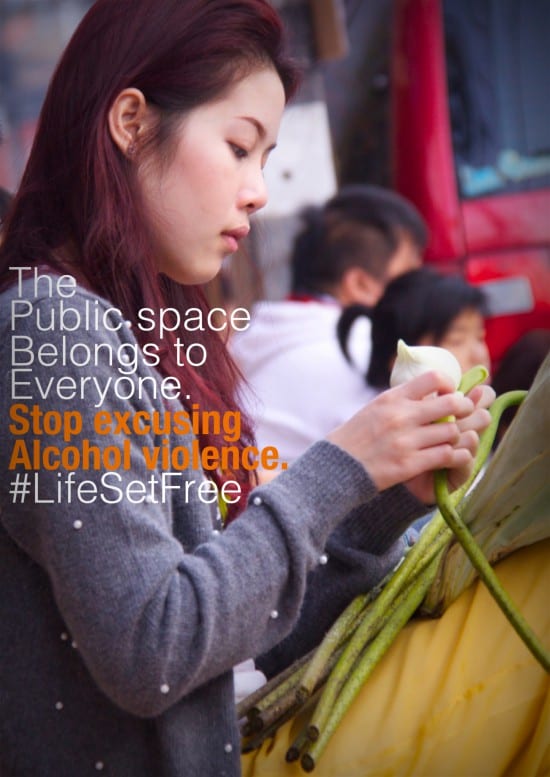 Violence against women and girls in public spaces is, like other forms of gender-based violence, a public health threat and a huge burden to the mental health and well-being of women and girls. It’s a huge human rights issue.

And it is an issue of freedom – because the presence of violence in public spaces, for example in nightlife settings, limits the ability of many women and girls to go out, move freely at any time of the day and simply to do what they wish to do without worry and fear.

In that sense violence against women and girls in public spaces is eroding the social fabric.

In our fact sheet that comes along with the Inspire Freedom Community Action Guide, we offer some more evidence and different examples of violence against women and girls in public spaces.

One in five European nightlife users is involved in cases of violence. The gang rapers in the case from India that got worldwide media attention, were alcohol intoxicated. In Australia, 40% of all cases of physical and sexual assaults of women are alcohol related. In Cambodia, for example, 83% of so-called beer girls are exposed to unwanted sexual contact. 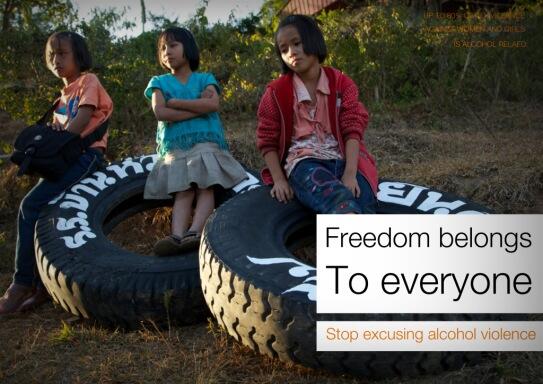 What all these facts mean eventually is:  We live in an alcohol culture, driven by Big Alcohol industry greatly profiting from it,  that perpetuates violence against women, the objectification and often sexualization of women, the limitation of freedom and the violation of fundamental human rights.

Situational Factors in the Relationship between Violence and the Public Use of Alcohol, Ross Homelt School of Justice Administration,Griffith University Steve Tomsent Department of Sociologyt University of Newcastle

We Could Perform A Miracle If We Acted Upon Facts!