Gender-based violence is one the gravest Human Rights violations on the face of the earth and yet it is such an abstract term. It’s so abstract that it makes empathy difficult when using it – like many other words that are more concepts to talk about reality, a reality so harsh, that those concepts perpetually fail to also convey the reality they represent. Collateral damage, extreme poverty, xenophobia, gender-based violence…

Gender-based violence is one the gravest Human Rights violations on the face of the earth. Every third female will fall victim to men’s violence during their lifetime.

Every time I think about this fact I experience gut-wrenching pain. Every time I deal with this fact, I imagine what it must feel like to live in this world as a female, to be exposed to structural discrimination, disadvantages, stereotypes, harassment and worse…

Gender-based violence is an abstract term. It’s so abstract that it makes empathy difficult when using it – like many other words that are more concepts to talk about reality, a reality so harsh, that those concepts perpetually fail to also convey the reality they represent. Collateral damage, extreme poverty, xenophobia, gender-based violence…

Gender-based violence is a term that represents:

In domestic violence in the UK alcohol is involved in 88% of cases of dual perpetration and 55% of sole perpetration. In Brazil 70% of cases of intimate partner violence are alcohol related. In Cambodia, 83% of “beer girls” are victims of unwanted sexual contact and harassment. In Australia, 40% of all cases of physical and/ or sexual assault are alcohol-related. Focus group discussions in Rwanda show that alcohol is the number one factor in domestic violence. In the USA, mothers convicted of child abuse are three times more likely to be alcoholics and fathers convicted of child abuse are ten times more likely to be alcoholics. We know that in the USA, there are 7.5 million children under the age of 18 growing up with parents who are alcoholics. In Europe there are 9 million children of alcoholics.

Evidence on the relation of alcohol and gender-based violence

On top of these facts, we are faced with a global alcohol industry that perpetuates gender stereotypes, that continues to portray women and girls as objects for men’s pursuit of pleasure and that often sexualises them. Just check out this blog post by Dalida to see concrete examples and explore the correlations of marketing to violence against women.

Much of this can be prevented. We can together take concrete, simple actions to make sure that many girls will never have to go through what their grand mothers, their aunts, their mothers or even their older sisters had and have to go through. And the things we can do are so simple that it appears to be almost scary that we haven’t done it already. But as I wrote above, alcohol is the biggest disregarded factor in gender-based violence. Check out what the World Health organisation proposes as actions that can be taken: 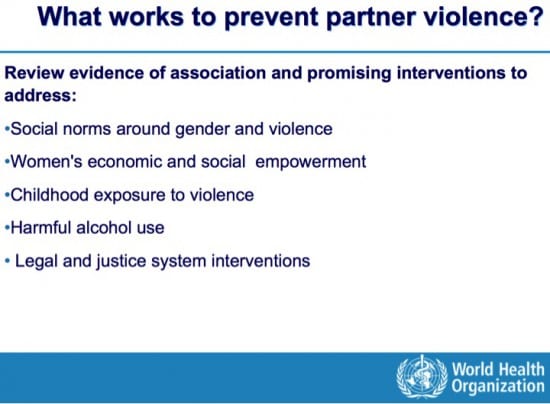 Prevention of alcohol-related #GBV is possible

You can see, having on mind the list of facts from above, that there is a clear connection to alcohol, to the operations of Big Alcohol and to alcohol harm in four out of the five bullet points the WHO thinks need to be addressed. 4 out of 5! 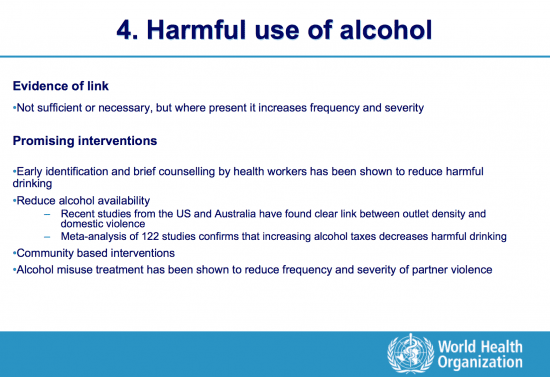 We will explore these more deeply in other blog entries, but what I can say right here, right now is this: every single person, any little group or NGO, any community, village or town can all take simple, concrete actions to help inspire freedom from gender-based violence together for women and girls.

It’s about drinking alcohol free drinks. It’s about stopping to excuse alcohol violence. It’s about creating alcohol free environments. It’s about banning alcohol marketing and promoting pictures of women (and men) that create a positive culture of equality and empowerment. It’s about raising awareness and it’s about talking to your politicians about the issue. It’s simple really. It can be done. And, it must be done.

Here’s how you can go about it: Join the global movement of the Inspire Freedom campaign.