Sweden: The Massive Costs of Alcohol

Posted on November 14, 2019 in
Alcohol's Harm To Others, Obstacle To Development, Policy, Research, Sustainable Development

The cost of alcohol use in Sweden amounts to SEK 103 billion, annually, according to new study contracted by Systembolaget, the government run alcohol retail monopoly in Sweden. This system has ensured alcohol consumption remains controlled and relatively low in the country. Despite this alcohol has a significant social cost in Sweden. Systembolaget commissioned Ramboll to calculate the socio-economic consequences of alcohol…

Sweden: The Massive Costs of Alcohol

The costs of alcohol use in Sweden amount to SEK 103 billion (ca. €10 billion), annually, according to a new study by Systembolaget. The study shows that alcohol harm burdens the healthcare and social welfare system, the economy and productivity, the judicial system and police, as well as people’s quality of life. These costs amount to 0.2% of Swedish GDP.

Systembolaget is the government-run alcohol retail monopoly in Sweden. This system has ensured alcohol retail is conducted without profit interests and with a focus on public health, this way ensuring alcohol consumption remains relatively low in the country. Systembolaget enjoys strong confidence of the Swedish people.

Sweden lies in the part of the world that consumes the biggest amount of alcohol. But we are consuming less alcohol than most of our neighboring countries thanks to our successful restrictive alcohol policy model, writes Magdalena Gerger, CEO of Systembolaget in Aftonbladet.

Harm behind the statistics

As Systembolaget explains, the most important thing, however, is not the sum of costs but what is hidden behind the statistics: for instance the children who feel insecure at home because of their parents alcohol use; people who are exposed to alcohol-related violence; and people who die prematurely due to alcohol-related illnesses and accidents.

For example, alcohol was involved in every other abuse case in 2017. Alcohol is involved in approximately 660,000 health care visits. During one year 625,000 alcohol-related sick days are taken out – a massive burden for economic productivity.

Both the judiciary and the health care system are severely hampered by alcohol and it is therefore important to work hard to prevent and reduce alcohol damage and related costs.

We need to discuss how we can further develop our and solidaric alcohol policy – rather than, as some political parties propose, dismantling it,” said Johnny Mostacero, IOGT-NTO President, as per Accent Magazine. 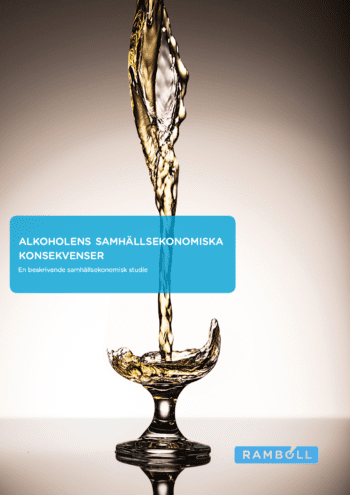 Download the report and the executive summary (both in Swedish)