Where Does Your Money Go? 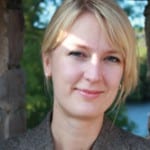 I just got back from a trip down town doing some Christmas shopping which made me realise just how many people live together on this little island, it gets very cramped! Shoppers, carol singers, police officers, and of course the many fundraisers, collecting money for their various charities all share the very limited public space in around towns and cities this time of year.  Fundraisers seem to become more and more for every year, there is not a cause that does not have its own fundraising charity in this country.  On TV there are charities asking the public to donate money to heart surgery equipment, children’s hospices, guide dogs for the blind, food banks, mistreated donkeys abroad, heating for the old, and any other cause you can think of. Every year people raise money by running marathons, jumping out of planes, baking cakes and anything else under the sun for causes they are passionate about. There are over 160,000 general charities in the UK asking you to donate your money to their causes.

In the last week, it was reported in the news that one big charity called Comic Relief has been investing millions of pounds in funds with shares in tobacco, alcohol and arms firms. Comic Relief has raised nearly £1bn and holds tens of millions of pounds at any one time.  One of their aims according to their mission statements is to “work to reduce alcohol misuse and minimise alcohol related harm”, but how can that be achieved when at the same time they are investing in companies such as SAB Miller and Diageo who does not have the same aims, but rather to sell as much alcohol as possible? Comic Relief has now changed the way they present their accounts, and it is impossible for the public to know where they invest their donations.

The biggest asset a charity can ever have will always be its reputation, and it is surprising that Comic Relief is so willing to risk it in this way. I know for myself, that there are literally thousands of charities that do a fantastic job with their donations, and next year Comic Relief will not be getting any of my family’s donations, but we will donate to charities we know and trust.

Be critical of where your money goes next year and give them to one that you trust, because many of them will make a real difference both in the UK and abroad!

Merry Christmas and have a Happy New Year!