The global epidemic of NCDs is ravaging families, communities and burdens sustainable human development. NCDs are driven by corporate practices, including the alcohol and the tobacco industry.
With the emergence of the corporate consumption complex, we must ask tough questions:
Do we want big business to set the agenda of public health, and therefore our lives? And do we want our children to be raised by corporations that imbibe them with values of individualism, instant gratification and relativism? Or do we want our children to be raised by our communities and teach them values of altruism, civic participation and a sense of compassion with others?

We have come far in the work on preventing deaths from some of the leading risk factors, tobacco and alcohol. We have a global framework convention for tobacco control and we have managed to expose big alcohol and their aggressive efforts of trying to affect the public with their biased research and deceitful marketing – but of course, we still have a long way to go.

We are facing a massive death toll caused by alcohol and tobacco and the corporate drivers behind the products.

But let me take you back for a moment, to the days when cigarette smoking wasn’t dangerous, when doctors actually promoted smoking as something that was good for you. 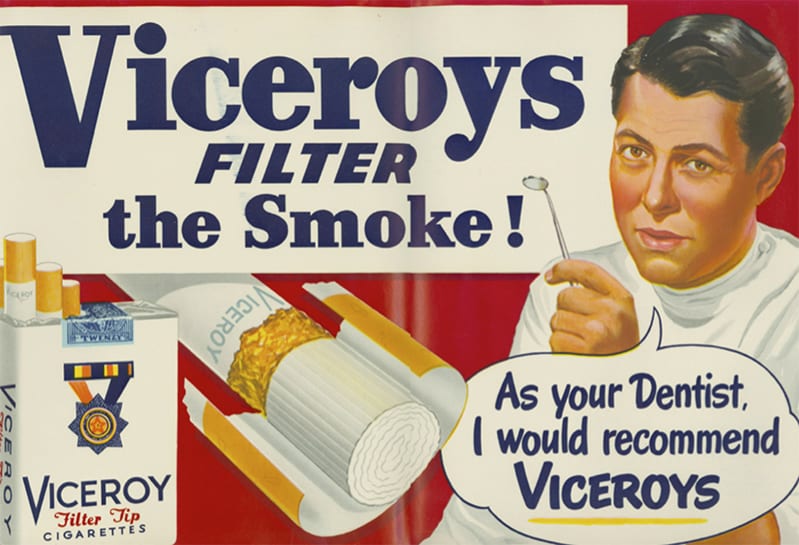 It took over 7000 scientific papers before smoking could be concluded as cause for lung cancer, laryngeal cancer and chronic bronchitis, published in the Surgeons General report in 1964.

Before the report came out, tobacco companies launched a historic campaign: “A frank statement to cigarette smokers”. It was published in 448 newspapers across North America and the estimated reach was over 43 million Americans, almost a third of the entire population.

We always have and always will cooperate closely with those whose task it is to safeguard the public’s health. “

And this was the 1950’s, and the potential cancer causing effects of tobacco were known since the beginning of the century! Since the tobacco companies felt that the winds of cigarette smoking were turning, they needed to convince the public that they had the American peoples’ health in mind. “A frank statement to cigarette smokers” thus become the start of that campaign. A campaign that went on for a half-century and costed millions of lives.

In 2009, Kelly Brownell and Kenneth Warner published an article called “The perils of ignoring history, big tobacco played dirty and millions died. How similar is big food?”. Here they investigate the striking similarities between these two industries and come to the conclusion that even though Big Food is a more complex entity than Big Tobacco, the unhealthy food industry is using the same tactics that the tobacco industry invented in the first place! I’ll give you some examples:

As the world becomes more concerned about the public health consequences of obesity, some researchers and health advocates have unfairly blamed the consumption of sugar-sweetened beverages as the cause. Such (…) measures intended to discourage the consumption of our beverages is not only ineffective but could undermine finding a true solution. We are committed to being part of workable solutions to address obesity for the health of our consumers, our employees, our communities and ultimately our business.”

Later on they emphasize the importance of physical activity in the fight of the obesity epidemic, even though most experts agree that diet is the most important etiologic factor.

Sometimes it is even the same people behind involved. Philip Morris used to own both the alcohol producer Miller brewing and Kraft foods. Today, ALTRIA (formerly known as Philip Morris) is the biggest shareholder in SABMiller, the second largest beer producer in the world (until it was bought up by and merged with AB InBev most recently). 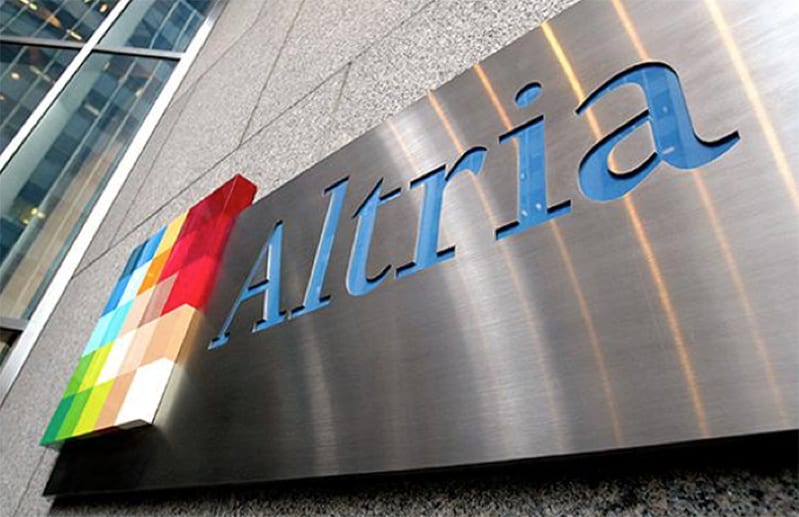 Essentially they are pursuing the same interests. Even the same consulting firm Exponent, an “expert in scientific consulting” has worked for Big Tobacco, Big Candy and Big Meat, with their latest report concluding red and processed meat had no causal link to cancer, once again using the same tactic of creating doubt about the harmful effects of their products in the eyes of the medical profession and public health advocates.

And let me remind you of what’s at stake. Over 50 million people die each year!

The vast majority of these deaths are caused by four diseases: cancer, diabetes, chronic lung and cardiovascular diseases. These are the non-communicable diseases (NCDs), and even though they’re not contagious they spread like an epidemic. The most important vectors causing this is food, tobacco and alcohol use and physical inactivity.

Why are NCDs a problem?

From an economic point of view, this is huge. If we don’t manage to halt the progression of NCDs, according to world economic forum, it will cost us 47 trillion dollars, in health care and non-output in worklife. And even though NCDs is the major cause of death in high income countries, the biggest burden of death and disease is put on low- and middle-income countries, which will exacerbate global inequalities even further. Needless to say, the humanitarian costs of NCDs are immeasurable.

Why are we seeing this?

Nicholas Freudenberg calls it the corporate consumption complex. He is a professor of public health at the CUNY, the City University of New York School of Public Health and Hunter College.

He describes the corporate Consumption Complex as web of different organizations, which includes producers, retailers, trade associations and lobbying groups. The corporate consumption complex is also consisting of law firms, PR-agencies, industry-funded think tanks and researchers, which are important channels for communication and political lobbying. The corporate consumption complex is also heavily relying on big banks, hedge funds and other investors that dictate their priorities as they provide the capital necessary for the corporation’s sustenance and expansion. 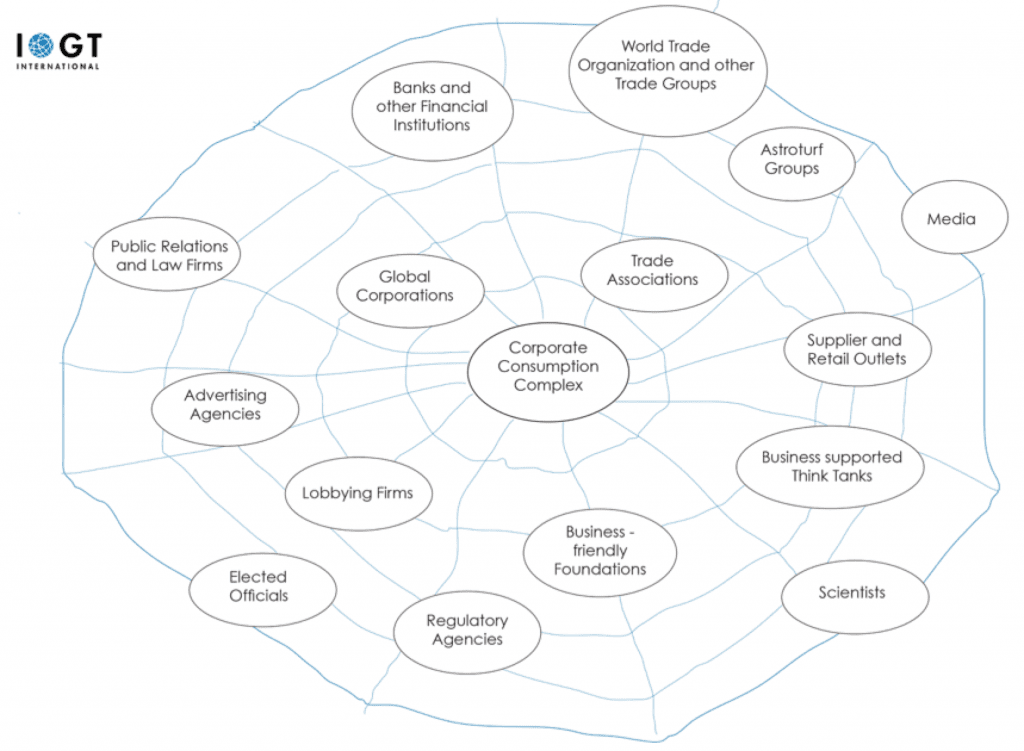 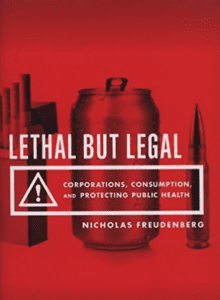 One thing the major multinational corporations and their social aspects and public relations organizations (SAPROs) have in common is that they are extremely well funded. They are also highly effective, extremely professional and experts on swinging policies and legislation in their favor. They have incredible influence in the EU, the US and globally.

For example, the trade organization Pharmaceutical Research and Manufacturers of America has employed more so called “revolvers” than any other organization, meaning that there is a big turnover of people switching from government jobs directly to corporate employments at Big Pharma.

I could go on, drawing example after example how big business has influenced politics and people lives, but the ones I just mentioned, together with the alcohol and tobacco industry have greatest influence on health and put our wellbeing, global development and economic prosperity at a great risk – for the sake of profits for a few shareholders and corporate executives.

When we hear this, maybe we are tempted to view these industries as evil?

Is this a moral crisis of our modern society?

Even though I don’t see the CEOs of these companies as angels, it is just as much a crisis of the system. There is no hidden agenda, at least most of the time. Most of what is changing in our world is happening in front of our eyes and something we can read about in our newspapers. It is a system were profit is prioritized over people. It’s a system that pits corporate profits against public welfare and sustainable development. It’s a system where our politicians choose to protect corporate interests, not the peoples’ interests. It’s a system where the concept of consumption has changed drastically.

Once upon a time, free enterprise capitalism prospered by meeting the real needs of real people. It was kind of a cycle of producers and consumers. Today, however, hyper-capitalism can only profit and prosper from those whose needs already have been satisfied. Industries in the corporate consumption complex must therefore create and invent new needs, needs which never can be satisfied.

Lebow foresaw that consumption, or hyper-consumption, is necessary for the economy to keep pace with capitalism. Big business understood this as well and when globalization was starting to really gear up and connecting countries and economies all over the world, unrestricted, free market forces became its holy grail. With the wave of neoliberal economics and governments paving the road for big business, what we see today should not come as a surprise to anyone. With fewer and fewer restrictions came increasing market concentration and thus bigger and bigger profits for the largest multinational companies; this way their influence grew and keeps growing. 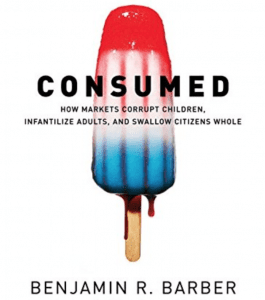 The largest and second largest beer producers have just merged – the third largest corporate merger in human history. The new company not only wields huge power over the beer market, controlling every third beer sold globally. It also has extreme political influence across the world. And the gigantic investment means that AB InBev now has to pursue profits aggressively so that the merger will pay off for shareholders, investors and corporate executives. Public health and sustainable human development consideration obviously don’t figure at all.

In this context, today’s hyper-consumption industries have managed to create a new ethos for the modern world. Benjamin Barber calls it the infantilist ethos. He means that the corporations I have mentioned are all seeking to turn citizens into the perfect consumers – people that desire instant gratification; people that need quick, easy and simple life solutions; people that rely on consumption not citizenship for feeling happy.

Being mindful of the NCDs epidemic – often also called lifestyle diseases or diseases driven by corporate consumption – it becomes especially problematic when citizens are turned into consumers.

Interestingly, the ones that had been watching the most TV, were also more susceptible to the money-making attitude. Other sociologists also confirm this emergence of moral values characterized by individualism and relativism, where emerging adults cannot fully and logically defend their own moral philosophy.

In the face of the corporate impact on health, development and citizenship, the questions must be: Then what is the solution?

This would be the spot for some inspiring words and ideas. But I am afraid that this kind of problem doesn’t have one quick, simple and easy solution.

I think a lot of things need to change: We need to expose the unethical business practices of these corporations. We need to curb their most harmful practices and regulate them much more strictly. We need to shift to a focus on Human Rights, not corporate rights, in order to promote health and well-being. We need to change the incentives of business and with that the infrastructure of capitalism. First and foremost, we need to have a discussion about which kind of society we want to live in.