Kenya After Lockdown: An Important Role for Alcohol Prevention 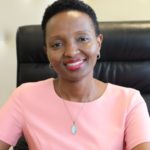 by Caroline Kahiu Posted on October 6, 2020 in
Alcohol's Harm To Others, Obstacle To Development, Policy, Prevention, Sustainable Development

Kenya after lockdown: a sharp rise in alcohol-related traffic deaths shows the need for better alcohol prevention.
As Kenya attempts to return to normalcy with the relaxation of lockdown measures, that included alcohol availability limits, evidence shows that the resumption of alcohol sales is contributing to alcohol harm, such as driving under the influence of alcohol and its road carnage.
Caroline makes the case in this guest expert blog post that lifting the ban on the sale of alcoholic beverages and closure of outlets by 10pm might burden health facilities with avoidable alcohol-related injuries and disease.
Of course, there are solutions on individual, community and societal levels that could be taken to save lives and protect against new spreading of the coronavirus.

A joint statement released on Friday, October 9, 2020 by the Inspector General of Police and the National Transport Authority (NTSA) revealed that 60 people have been killed in road accidents between October 2 and 4, 2020 due to driving under the influence of alcohol (DUI). The Police have noted that this is the highest number of fatalities in the recent months from DUI-related crashes.

In his statement, the Police Spokesperson said that based on the trends there is need to focus more efforts towards road safety in order to prevent the unnecessary loss of lives.

To this end the National Police Service will undertake national enforcement operations to address factors such as speeding,… and crackdown on unroadworthy vehicles. Additionally, random DUI tests shall be conducted in all major towns from today henceforth.”

Last year, the Police were ordered to return all breathalyzer kits to the traffic headquarters after they were blamed for misuse and setting up unnecessary roadblocks as money-minting ventures. Section 44(1) of the Kenya Traffic Act says that those found driving under the influence are liable to pay Sh.20, 000 ($200) and Sh50,000 ($500) if found guilty.

This comes after the Twelfth Presidential Address to the Nation on the Corona Pandemic on Monday, September 28, 2020 lifting the ban on the operation of bars and the prohibition against the sale of alcoholic drinks and beverages and that the closing time for all bars, restaurants and eateries to be 10pm daily. During the address, on a lighter note, the President said that, “mnaweza kunywa pombe sawa” (you can now drink alcohol) and this was to the delight of members of the public who had long expressed this wish especially on social media. It should be noted that the vast majority of Kenyans (76%) live free from alcohol consumption, as per World Health Organization (WHO) reports.

COVID-19 has transformed the world. It has exerted a substantial negative impact on the health and socio-economic structures of countries across the globe. The mitigating measures such as quarantine, isolation, curfews, closure of entertainment joints have obviously brought with them the disruption of daily life as well as loss of income for many vulnerable people and communities, laying ground for negative health outcomes around the world. The WHO has warned of a rise in depression, suicide and substance use in the coming years.

Alcohol prevention and control as part of pandemic response

In response to the Presidential Directive, the National Authority for the Campaign Against Alcohol and Drug Abuse (NACADA), welcomed directive but informed proprietors of bars, eateries, restaurants and wines and spirits that the Authority shall coordinate multi-agencies to ensure that only those premises that meet the requirements of the Alcoholic Drinks Control Act, 2010 shall be allowed to operate. NACADA Chief Executive Officer, Mr. Victor Okioma, warned off license premises to stop flouting the law by dispensing at site. They should only sell take-away alcohol as no patrons are allowed to consume alcohol on site.

The country can not afford for the health facilities to be burdened with avoidable alcohol-related injuries and disease.”

As the Kenya attempts to return to normalcy with the relaxation of lockdown measures, there is need for collective and individual responsibility to avoid a spike in COVID-19 cases and loss of lives unnecessarily through driving under the influence of alcohol and its road carnage. The lifting of the ban on the sale of alcoholic beverages and closure of outlets by 10pm does not mean that the country can now afford for the health facilities to be burdened with avoidable alcohol-related injuries and disease.

The resumption of alcohol sales has resulted in preventable loss of lives.”

Based on police reports, evidence is clear that the resumption of alcohol sales has resulted in preventable loss of lives. This trend is projected to increase as we approach the festive season unless remedial actions are taken. Preventive actions could include the alcohol policy best buys, public education and mass media campaigns on the adverse effects of DUI, multi-agency surveillance to check the level of compliance with existing laws, guidelines and protocols as well as individual responsibility to avoid unnecessary loss of lives through road carnage and alcohol related injuries.

The Situation In Southern African Countries Regarding Covid-19 And Alcohol: An Overview

Get to know Caroline

Hello Everyone!
My name is Caroline Kahiu from Nairobi Kenya, currently a Communication Officer at the National Authority for the Campaign Against Alcohol and Drug Abuse (NACADA). I am an accomplished Development Communication Professional with over 10 years’ experience in the Communication field.
I hold a Master of Arts in Communication Studies and a Bachelor of Arts Degree in Sociology and Communication both from the University of Nairobi. Apart from my knowledge and skills in the communication field, I have experience in developing and implementing evidence-based workplace and media based prevention interventions.
I strongly believe that communication is the most effective approach to solve complex and simple problems in our homes, workplaces, communities and societies.

Other recent posts by Caroline Kahiu