Welcome to another week of carefully curated alcohol policy news, latest science updates, and more Big Alcohol revelations.
Special Feature:
Members news from Ghana where GhanAPA was launched with the support of the IOGT movement.
For week 31, our Global Alcohol Policy Round-Up contains:
Alcohol policy updates come from New Delhi, India, Hungary, Ukraine and Scotland.
Fresh science updates are about the digital world, labelling awareness among youth and alcohol policy in Ontario, Canada.
Our Big Alcohol monitor exposes the tobacco and alcohol giants invested in Big Marijuana, Heineken in Kenya, and political interference in Australia and The Gambia…

Members news from Ghana where GhanAPA was launched with the support of the IOGT movement.

The number of people suffering from alcohol addiction in Hungary is around 800,000, and some 30,000 die annually of alcohol-related illnesses – in a country of 9.8 million inhabitants.

The city government orders from earlier in July followed a 3-year investigation which found that beer maker SABMiller – acquired by AB InBev in 2016 for around $100 billion – used duplicate barcodes on its beer bottles supplied to city retailers that year, allowing it to pay lower levies

NHS Health Scotland reports shows pioneering policy has been successfully implemented. The new policy of minimum unit pricing for alcohol (MUP) has been implemented effectively, the report has found. The first study of the policy, which came into force in May 2018, found compliance was high among licensed premises in Scotland.

Sparked by the high number of women consuming alcohol while pregnant leading to high fetal alcohol syndrome cases, Ukraine has launched a national campaign to address the problem.

It is estimated that 25–35% of women in Ukraine consume alcohol during pregnancy. As a result, the country has one of the highest rates of fetal alcohol syndrome cases (50 cases per 10 000) in the world.

Lessons from the Digital Frontline: Evidence to Support the Implementation of Better Regulation of Digital Marketing for Foods and Drinks High in Fat, Salt and Sugar

Lessons from the Digital Frontline

Awareness of Product-Related Information, Health Messages and Warnings on Alcohol Packaging among Adolescents: A Cross-Sectional Survey in the United Kingdom

Rates of Emergency Department Visits Attributable to Alcohol Use in Ontario from 2003 to 2016: A Retrospective Population-Level Study

Heineken has been fined $17 million in damages it caused a distribution company due to trade violations. Maxam Ltd, a Kenyan alcoholic beverage distribution company, has been awarded $17 million in damages by the High Court of Kenya for loss of business after Heineken International BV unfairly terminated its distribution agreement. The High Court has also reinstated the distribution agreement that the Dutch beer giant illegally cancelled. The way Heineken apparently deals with its distributors in African countries highlights both its systematic unethical business practices, as well as casts further shadow over the (now suspended) partnership between the beer giant and the Global Fund to Fight AIDS, Tuberculosis and Malaria.

Both Big Alcohol and Big Tobacco giants are investing in the marijuana market as global sales for cannabis increase, providing more proof of the inter-links of addiction industries.

Sales in the global marijuana industry are increasing. After registering $10.9 billion in global sales in 2018, according to Arcview Market Research and BDS Analytics, worldwide licensed marijuana store sales should top $40 billion by 2024. That’s a compound annual growth rate of over 24%. Evidently Big Alcohol and Big Tobacco want their piece of the profits.

Among major corporate giants that have invested in marijuana are,

An ABC investigation found pro-alcohol modifications to a ‘consultation draft’ of the National Alcohol Strategy by the Australian government. This strongly suggests the policy making process has been infiltrated by Big Alcohol.

The ABC report also questions Australian Minister of Health Greg Hunt’s decision to yield to pressure and involve the alcohol industry in finalising the strategy.

Medical and public health organizations as well as researchers say significant wording changes, deletions and the insertion of pro-alcohol industry language into the latest draft seriously risk making the process of developing the National Alcohol Strategy (NAS) a pointless exercise. 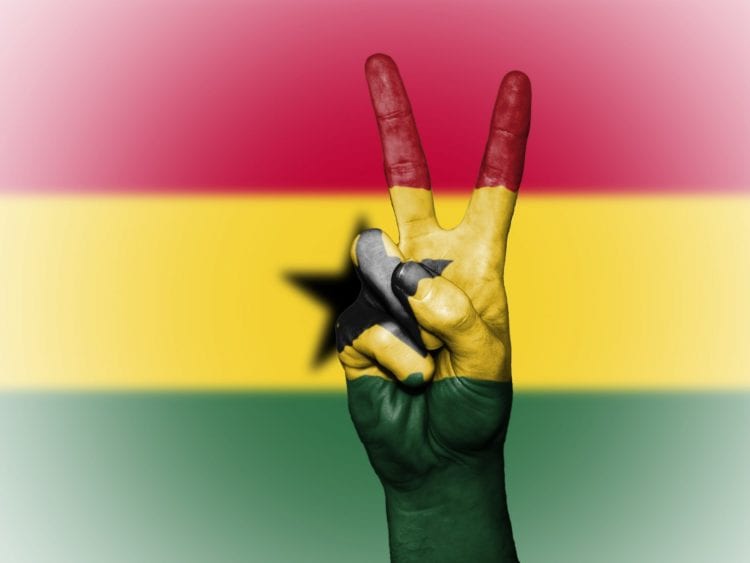 The Ghana Alcohol Policy Alliance (GhanAPA) has been launched under the theme: “The Role Of National Alcohol Policy In Preventing And Reducing Alcohol Harms”. The formal launch of the alcohol policy network comes two years after a national alcohol policy workshop laid the groundwork for the formation of the Ghana Alcohol Policy Alliance. The workshop in 2017 was organized by IOGT member Vision for Alternative Development (VALD) in collaboration with IOGT International, when International President Kristina Sperkova and International Board Member Brenda Mkwesha visited Ghana and IOGT members.

The launch event was also supported by FORUT Norway, the development assistance organization of the Norwegian IOGT movement.