Evidence from East Africa shows: Alcohol consumers are using up a tremendous amount of their incomes – causing stagnant development as well as uneducated and therefore unproductive children leading to entrenched poverty…

When I talk to friends and associates about alcohol and poverty, they seem sceptical and don’t believe, what evidence shows, that the two are connected. For starters, let’s consult wikipedia on poverty:

Poverty is more complex than so, for example with the immaterial aspect of it. But for making this case about alcohol’s relation to poverty, it’s enough to use the definition above. So this time I thought, let’s simply do the math. 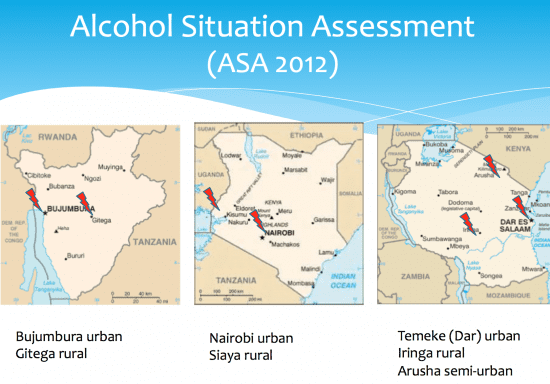 A study carried out by the Regional Office East Africa of the IOGT-NTO movement in 2012 to assess the Alcohol Situation in East Africa found that some of the respondents take alcohol at least twice a week and others as much as five or more times per week. 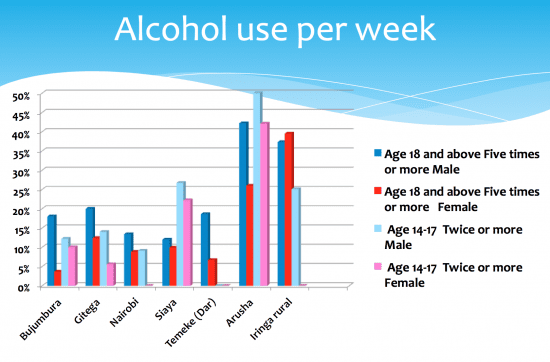 Alcohol use per week in East Africa
#Evidence

Alcoholic Beverages taken per sitting (in this case 500ml bottles of beer) are two or more and in some cases intake goes up to as many as five or more alcoholic beverages per occasion. 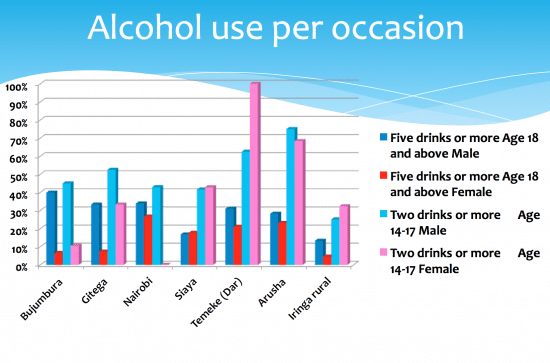 Alcohol use per occasion in East Africa
#Evidence

The table below shows the average amounts used up every year by alcohol users in East Africa – only buying the cheapest commercial beer.

If this money was saved and invested, I do believe, East Africans would be economically far ahead of where they are right now. These figures just show the cheapest commercial alcohol, i.e. beer.

For those who have more money, the unit price of the alcohol they consume is phenomenal i.e. $100 for a tot of whisky. To bring this little maths exercise full circle, let’s take a look at the wages of the people and their disposable incomes.

The minimum wage for these five East African countries is shown below: 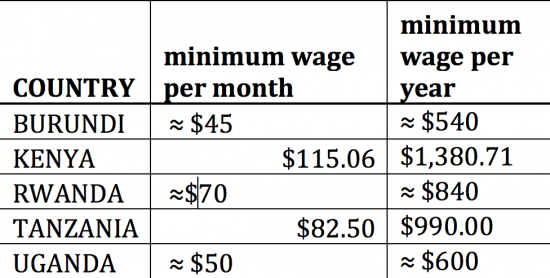 Taking a look at these figures is just astounding. Alcohol users simply are using up a tremendous amount of their incomes. This is a new twist to the adage ‘blame it on the alcohol’ because alcohol has to be blamed for stagnant development as well as uneducated and therefore unproductive children leading to entrenched poverty.

How can one afford adequate food, shelter, education let alone the cost of extracurricular activities for their families when alcohol takes precedence?

I sincerely hope that the current trend of decreasing sales of alcohol in East Africa continues, otherwise this region is doomed. Governments can of course really make a difference by putting in place alcohol policies with the three best buys – to eradicate poverty, prevent ill-health and diseases and unleash the huge potential for development in East Africa.