A local NGO working in partnership with Uganda Alcohol Policy Alliance (UAPA) released a state of the Alcohol report 2013 which showed that Uganda was registering negative effects of alcohol and the alcohol harm caused was undermining development and there is a need to prevent and curb the problem at the earliest time.

This 2nd State of Alcohol and Drug Abuse Report in Uganda is written for all those who are concerned about the increasing dangers caused by alcohol in Uganda. 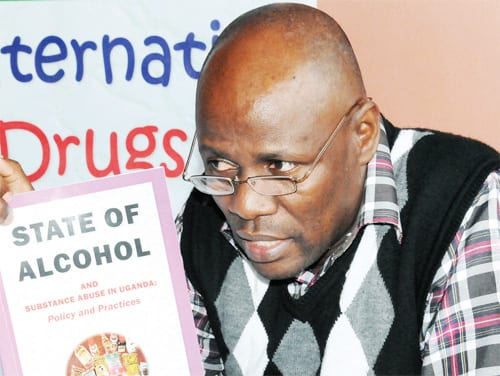 Alcohol use and harm:

Alcohol use has increased the problem proportionally in social, economic and health issues. Unemployment has continued to blossom. Ugandans have been left far off with commodity. It’s a cause and pre-causer of many problems including instability in homes, schools and the general population at large.

With its negative impact, Uganda cannot afford to look on while the population is being negatively affected by alcohol consumption. Alcohol abuse is one of the causes of accidents, injuries and a factor in violence; low food production in families, road accidents and many non-communicable diseases – to name a few.

Uganda must take steps to adopt preventive and restrictive policies and programs to reduce the serious social-economic- health problems.

The report may not provide specificity but using many sources, we have provided a more comprehensive picture of the situation.

This report provides alcohol information on:

–        Marketing of Alcohol and targeting children 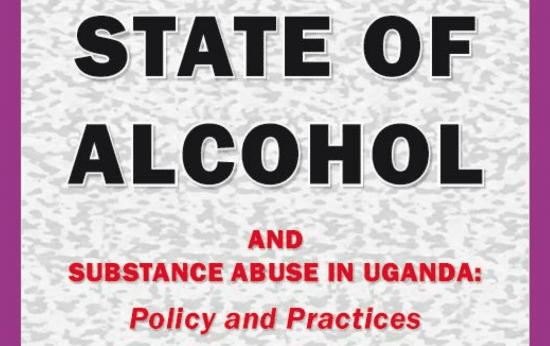 The report generally highlights the grave danger posed by alcohol to this country especially in increasing:

And the urgent steps the country needs to take include:

c)       Establish a National Alcohol Board to provide for regulations, standards and enforcement of laws

d)       Introduce a special license for selling of alcohol

e)       Regulating the production of alcohol

–        The Ministry of Health has also been increasing their efforts

–        The Parliament and other sectors appear to see the huge challenge and the need to regulate alcohol production and consumption.

The report calls for high priority to address the alcohol harm to Ugandan society. These sectors must fully play their part:

–        Uganda Communication Commission to submit a quick revision of the Law, enforce the standards in order to reduce harmful effect arising from alcohol.

We urge government to adopt the best practices (according to the WHO Global Alcohol Strategy) which are easy to implement in order to reduce alcohol related harm:

–        By raising taxes for all alcohol related beverages,

Government needs to be aware of the threats of  the global alcohol industry, that the “economy will be hurt”, this is not the true impression.

Benefits analysis tends to favour regulations – restricting use. The socio-economic-health burden of alcohol use is so high in an unregulated environment.