The Alcohol Policy and Challenges in India can only be understood in the context of the diversities and culture of this big sub-continent.

The population is multi-ethnic, multi-religious and multi-lingual. 35% are illiterate and more than 35% live below poverty line. 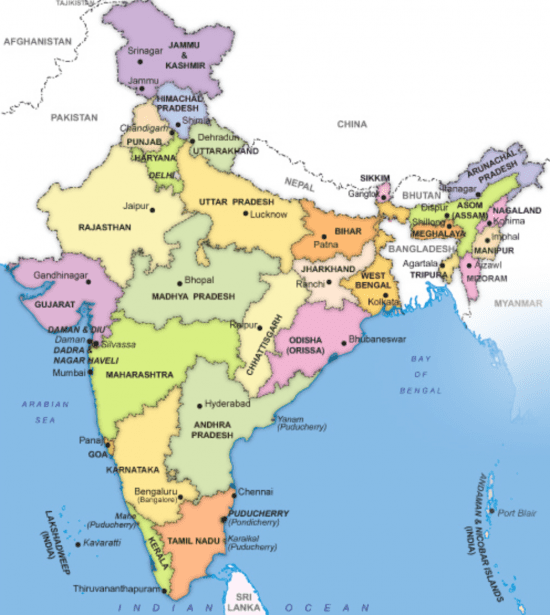 The Alcohol Policy and Challenges in India can only be understood in the context of the diversities and culture of this big sub-continent.

Alcohol has been in use for centuries in the Indian region. Colonization has boosted alcohol culture in India. The law relating to the collection and control of excise revenue and regulating the manufacture, possession, sale and transit of liquor was embodied in a regulation in 1878. A uniform Excise (Abkari) Act for the entire country was enacted in 1902.

Prohibition became an important agenda of the Civil Disobedience Movement – a major event of the Freedom Struggle. During the same period popular Temperance Movements emerged in different areas of the country against alcohol promotion policies. The strong movement against alcohol across the country prompted the makers of our Constitution to include Prohibition Policy in the Directive Principles of the Constitution of India under Article 47, which states that:

The State shall regard the raising of the level of nutrition and the standard of living of its people and the improvement of public health as among its primary duties and, in particular, the State shall endeavour to bring about prohibition of the consumption except for medicinal purposes of intoxicating drinks and of drugs which are injurious to health.”

At the same time, campaigns for the closure of liquor shops took place in various parts of the country under the initiative of the All India Prohibition Council and other Religious & Social Organizations. Strong Women’s Movements for Prohibition were witnessed in several States. Total/Partial Prohibition was declared and later revoked in several States. At present, 4 States in India – Gujarat, Nagaland, Mizoram and Manipur have total prohibition.

India is one of the largest producers of alcohol in the world and contributes to 65% of production and nearly 7% of imports into the region. The precise estimate of unrecorded alcohol production and consumption is not clearly known. Alcohol being a State Subject, the policies formulated by all the States have been primarily with a view to increasing taxes and not from a public health point of view. Variations in taxation policies have also led to a grey market as spurious and smuggled liquor is easily available to the population.

No precise estimates can be made on the prevalence of alcohol use in India due to variations in methodological issues in the published literature. However, a collective review reveals that 30% of adult men and 3% of adult women consume alcohol. From a policy perspective, it has been identified that India has nearly 62 million alcohol users, 17% of whom are alcohol dependents.

The documentation on the overall effects of alcohol has been poor in India. Its increasing availability and use has also brought myriad problems affecting both the individual and society. Efforts to tackle the problem have been piecemeal and fragmented resulting in lack of direction and focus.

The emerging trend includes – initiation of alcohol use at an early age, greater consumption among women and youth, greater permeation in rural and semi-urban areas, increasing preference for beverages with high alcohol content, hazardous and harmful alcohol use.

Apart from the influences of rapid globalizations, industrialization, urbanization and media influences at macro and micro levels, several other barriers that have contributed to failure of policy and programme initiatives thus far include:

Joint Working Group on Rationalization of Excise Policy and Taxation

The Ministry of Food Processing Industries which is the Central Government Nodal Agency on Alcohol Policy had set up a “Joint Working Group on Rationalization of Excise Policy and Taxation” in December 2001 and came out with a “Model Excise Policy and Excise Act” to be adopted and implemented in all the States and Union Territories in the Country. The Ministry has called for public opinion on the new Model Policy through press advertisements in June 2005. However, the Government is yet to take a final decision with regard to the Draft Model Policy and Excise Act.

The Ministry of Social Justice and Empowerment which is the Central Government Nodal Agency on Demand Reduction had set up a Sub Committee under the National Consultative Committee on De-addiction and Rehabilitation (NCCDR) in February 2009 to prepare a National Policy on Substance Use. A Draft Policy was developed and after being reviewed by expert groups, it was submitted to the Parliament Subject Committee in 2012 and awaits final approval of the Government.

a)   National Workshop on ‘Developing a National Strategy to Reduce the Harmful Use of Alcohol in tune with the WHO Global Strategy.

A one day Workshop on ‘Developing a National Strategy to Reduce the Harmful Use of Alcohol in Tune with the WHO Global Strategy’ was held at New Delhi on 27th September 2010, organized jointly by the Ministry of Social Justice & Empowerment, Govt. of India and Indian Alcohol Policy Alliance (IAPA) with technical support from the World Health Organization (WHO) – India Office. Recommendations with regard to the 10 Policy Options and Interventions were discussed and approved. As Alcohol being a State Subject, it was decided to take it further to State levels.

As a follow up of the National Workshop, Six Two Day Regional Workshops on ‘Evolving Effective Strategies for Alcohol Advocacy & Prevention’ were organized by IAPA jointly with the Ministry of Social Justice & Empowerment, Govt. of India at New Delhi, Mumbai, Patna, Bangalore, Chandigarh and Mizoram involving stakeholders from all the 28 States in the country. This has helped in disseminating the WHO Global Strategy Recommendations to the State Levels and the positive outcome is that all the States has included several of the recommendations in the respective State Excise Policy.

The formation of the ‘Indian Centre for Alcohol Studies (INCAS)’ has been a welcome initiative in 2012. Thanks to the support of IOGT International, the IAS and GAPA. We have taken a big challenge in strengthening the Resource Centre.

In spite of alcohol being a key risk factor in NCDs, the National Summit on NCDs prior to the UN Summit organized by WHO-India jointly with the Ministry of Health & Family Welfare, Govt. of India at New Delhi on 23 -24 August 2011, was reluctant in giving due priority to alcohol in the national agenda.

But the recent Advisory Group Meeting organized by WHO-India jointly with the Ministry of Health & Family Welfare, Govt. of India at Shimla on 17 -18 June 2013, has recognized ‘alcohol’ as major agenda item in the ‘National Framework for Monitoring the Prevention and Control of NCDs’ and also have approved a specific target of 10% relative reduction in ‘alcohol use’ rather than ‘harmful use’, which is a welcome indicator.

The burden and impact of alcohol-related problems is beginning to be recognized in the Indian society. Previous attempts to control the problem have been unsatisfactory due to unscientific interventions, with focus primarily being on revenue generation. In this context and in the emerging scenario of increasing harm from alcohol, it is crucial to evolve policies and programmes which would improve the health and well-being of the people.
This requires greater political commitment, professional involvement, cooperation of the media and an empowered society. The WHO Global Alcohol Strategy and the recent WHO Global Framework for Monitoring the Prevention and Control of NCDs are important milestones in taking the agenda forward.