Will Slovakia summon the political will to follow scientific evidence, or will the alcohol industry succeed in watering down and polluting attempts at stepping up alcohol control measures? We can see the struggle playing out already in this early stage…

Slovakia is among the countries of the world with the highest alcohol use and an intoxicating alcohol culture.

Children and young people are bearing a disproportionate burden of the harm caused. As the World Health Organisation notes, in my home country increasing evidence shows that young people and even children are becoming regular and heavy consumers. 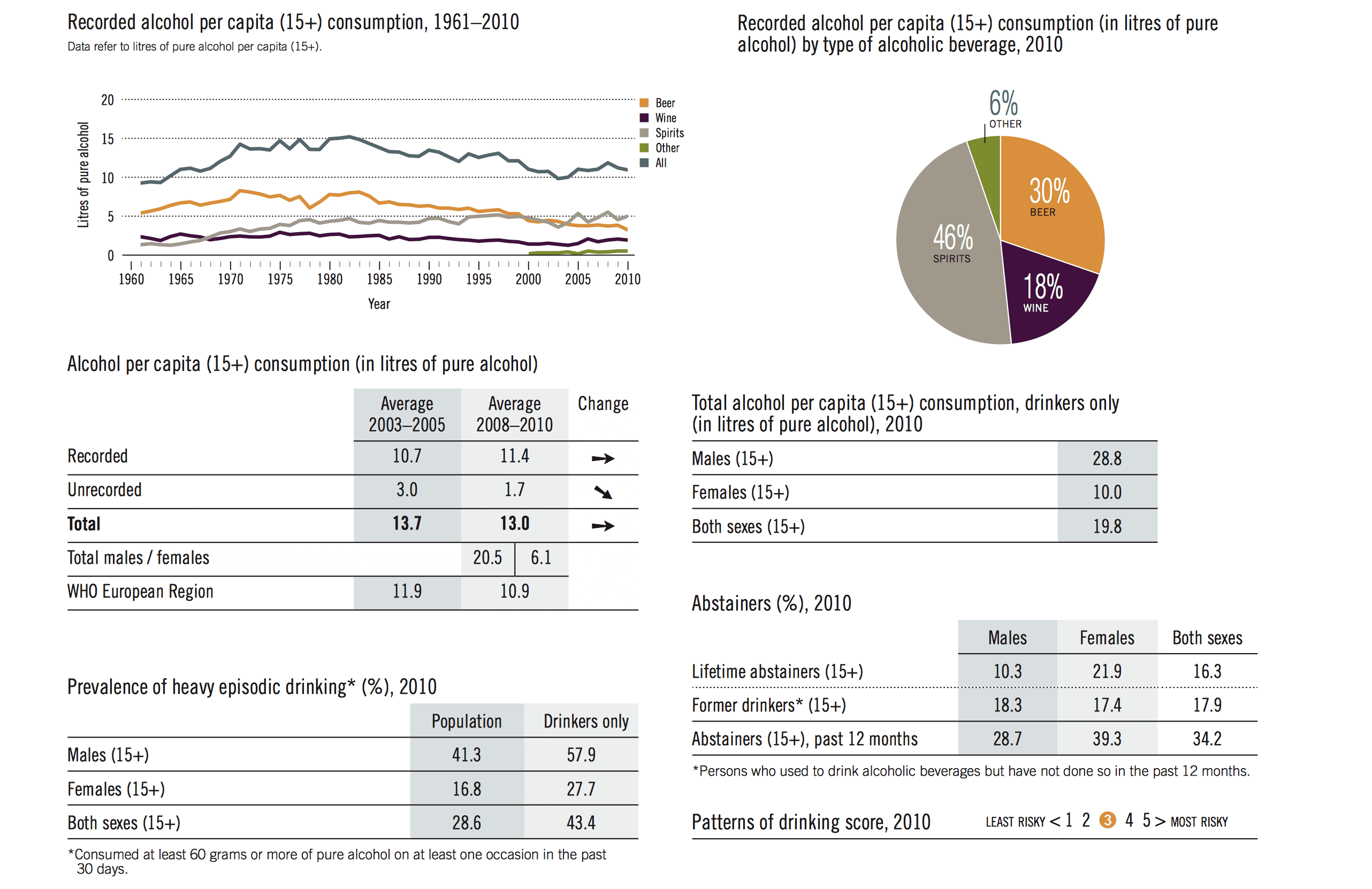 With an annual per capita consumption of almost 20 liters of pure alcohol, Slovakia is pretty close to Russia and Belarus (each more than 22 liters) in the ranking of the world’s most intoxicated nations.

The higher the consumption, the bigger the harm caused by alcohol – to individuals, families, communities and society at large. Alcohol harm is costing Slovakia a lot of precious economic resources, not to mention the human suffering associated – such as children growing up with alcohol addicted parents, domestic violence and other forms of violence, road traffic accidents, and premature death.

Concerning the total recorded consumption, Slovakia ranks third in the EU only behind the Czech Republic and Romania. And as you can see, it’s well over the EU average. 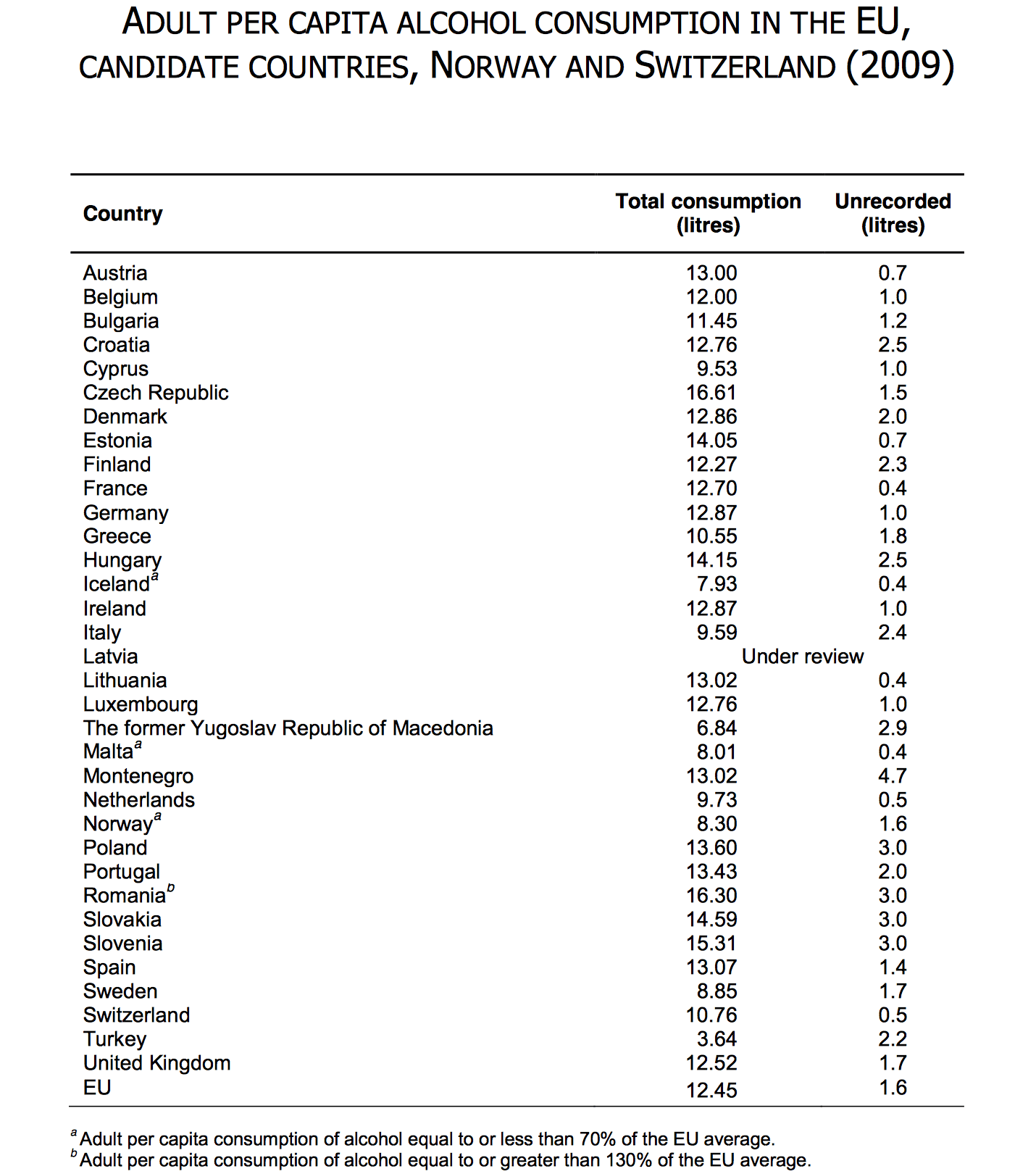 Adult per capital alcohol consumption in the EU, 2009

For this reason, I am relieved that the The Public Health Authority of Slovakia finally stepped up.

In the past, we in NOM and IOGT Slovakia had advocated for effective action to reduce and prevent alcohol harm. Now there seems to be some momentum and apparent interest in addressing the huge burden that alcohol harm puts in the Slovak economy and society and to update the national alcohol policies endorsed in the National Action Plan for Alcohol-related Problems 2013–2020.

So far for the encouraging news, however, because the bad news follows suit: the roundtable meeting organised by the Public Health Authority of Slovakia included “selected alcohol producers”.

In Slovakia the alcohol industry has compiled a track record of violating existing laws and regulations as well as of using dubious political activities. That we have an epidemic of alcohol use among children and adolescents is also due to the aggressive, often unethical, marketing, the lack of compliance with age limits and the sale of extremely cheap alcohol.

Therefore I am very critical of the inclusion of the alcohol industry in this process. There is an inherent conflict of interest when the alcohol industry deals with measures to promote health and socio-economic progress because their product, their operations and their strategies cause ill-health and premature death.

In light of this, the outcome of the meeting is – not surprisingly – a bit blurry:

While important measures were discussed (such as measures to limit supply, e.g. by reducing the points of sale, and decrease demand, by limiting advertising of alcohol, increasing prices) also ineffective and costly measures were put on the table (such as raising public awareness through education at school and the media – financed by alcohol ads – reportedly demanded more evidence that a ban on advertising would reduce consumption). 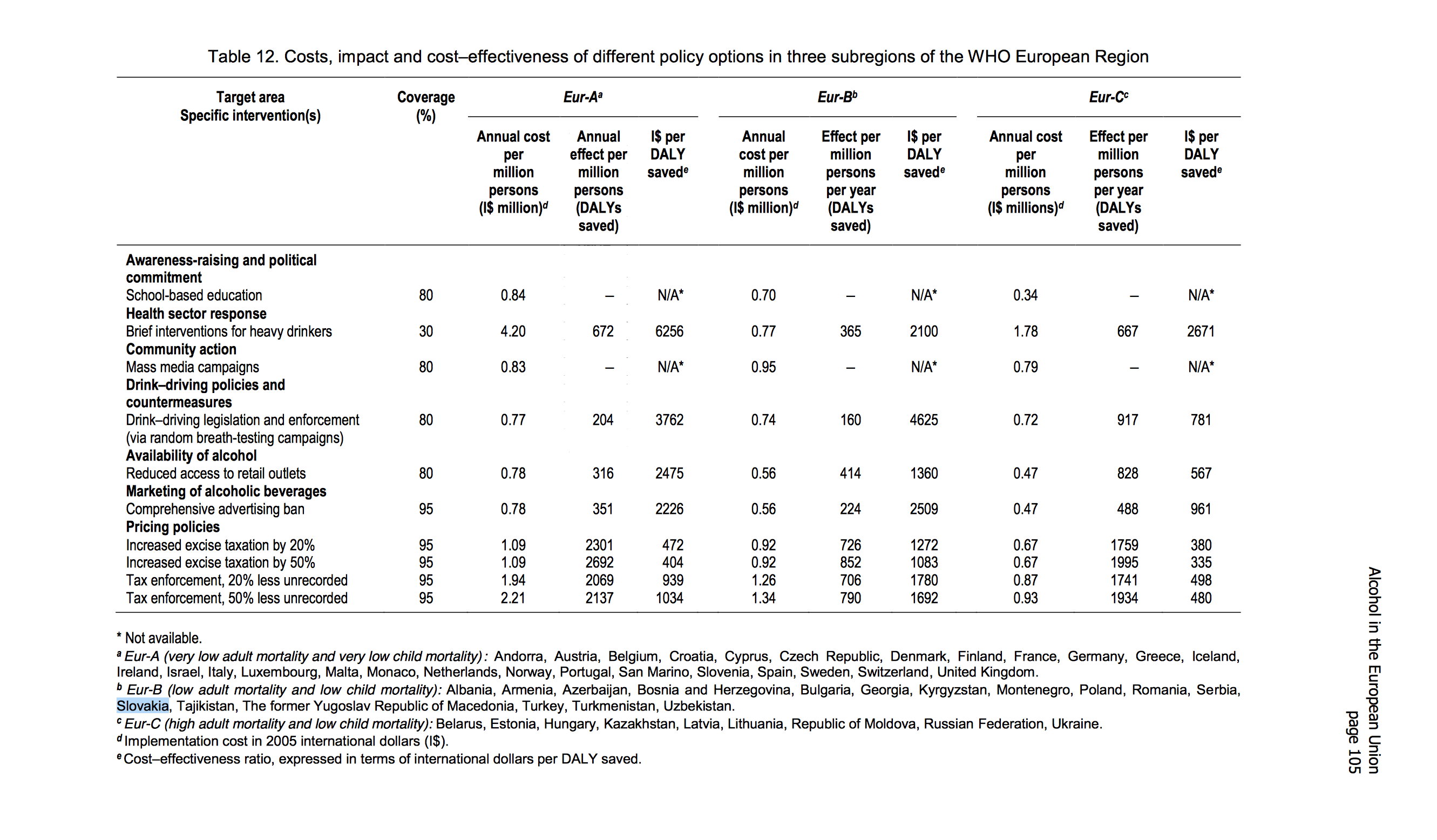 But the reported conclusions of the roundtable in Slovakia are to:

It’s not a bad outcome. Labelling is important and regulating alcohol marketing is crucial. But it clearly is a missed opportunity. We already have overwhelming evidence of which measures and interventions work, are high-impact and cost-effective. They are taken up in the WHO Global Alcohol Strategy and in the WHO Global Action Plan to Reduce and Prevent NCDs.

Updates to alcohol excise duties in the EU, as of July 2014

This picture shows an overview of the updates made to excise duties on alcohol in the EU. You can see that Slovakia hasn’t done anything, contrary to Sweden for example. In Sweden alcohol use among youth is declining. In Sweden, we can see now a development where the majority of 9th graders report that they choose to live free from alcohol.

In this context, the headline I chose for this blog entry expresses a hope. After years of avoidance of the entire issue, we can now see interest and hopefully political will. But we cal also already see the negative influence of the alcohol industry, watering down the suggestions and polluting the process.

WHO Europe: Alcohol in the European Union. Consumption, harm and policy approaches, 2012

WHO Global Status Report on Alcohol, 2014 – including country profiles