by Kristina Sperkova Posted on September 25, 2015 in
Obstacle To Development, Policy, Sustainable Development

Will the new SDGs‬ really leave no one behind or are there critical flaws in the Global Goals for Sustainable Development already visible?The achievement of 11 out of 17 goals will be impeded by the harm alcohol causes in the society. Because of that, looking at and aiming at reduction of alcohol use in the population is a justified and down to earth proposal to be implemented in the new Sustainable Development Agenda…

I have borrowed the headline from David Miliband – one of the speakers at an event I participated two days ago. Let me explain why I chose that headline.

Today, the 25th of September 2015 is the day when the governments of 193 states of this world adopt 17 Global Goals also called Sustainable Development Goals – SDGs.

Some experts compare the SDGs to the Universal Declaration of Human Rights of the modern times – of the times of data and focus on results. The goals are the minimum requirement for everyone and everywhere to eliminate poverty. Great weight is put on the measurement of the goals’ achievement in order to follow up on the progress along the 15 years long process and for the reason of holding the governments accountable. 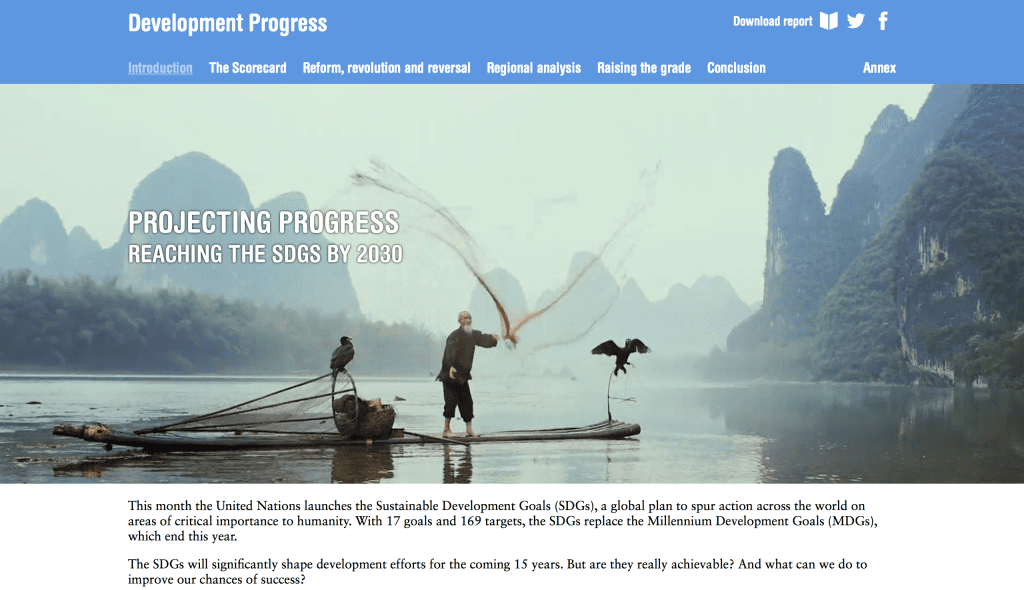 When Columbia introduced the idea of Sustainable Development Goals as a new set of goals coming after 2015 when the Millennium Goals would expire, it was clear that the formulation of the goals needed to be open, transparent and inclusive. A scary process of being coherent and coordinate a giant system of member states, UN agencies, NGOs and private sector.

So has it been open, transparent and inclusive? Yes it has been. There were many forums created for collecting inputs from all the stakeholders and beneficiaries. No it has been not. Many did not take part or did not make their voice heard.

I sat at an event “Development without equality” arranged by The Guardian together with UNICEF to hear some reflections on that. One of the very strong statements coming from the speakers that resonates with me was, that “We hear only voices of those who know how to be engaged. But what about those who do not know but are highly impacted?” 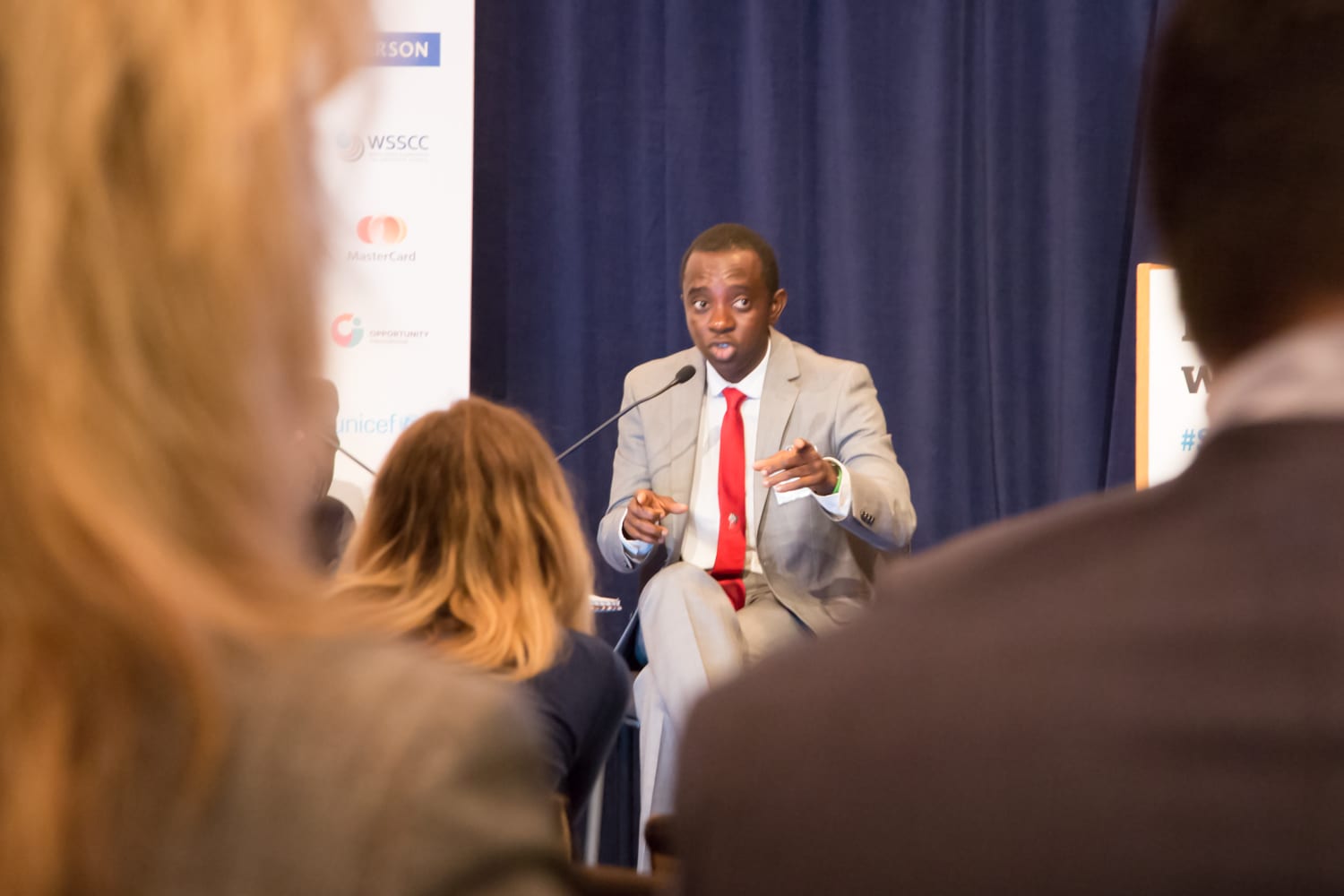 A proof of that came later that day at the same event, David Miliband, President and CEO of International Rescue Committee shared, to me an alarming view. Victims of war are neglected in 169 targets of 17 goals the world plans to reach. The % of poor in conflicts is growing from 13% in the year 2000 to 43% in 2015 and it is predicted to continue rising up to 65% in 2030. Having on mind that the SDGs have an ambition to eradicate poverty by 2030, not considering the poor in conflicts was a huge miss and as it is not featured in the targets, it will not be measured at all and the countries won’t be obliged to take action.

From the point of view of IOGT International I am as well concerned. We have mentioned in several our blogs and news the analysis that achievement of 11 out of 17 goals will be impeded by the harm alcohol causes in the society. Because of that, looking at and aiming at reduction of alcohol use in the population is a justified and down to earth proposal to be implemented in the goals. It is even backed up by several of already existing guiding documents or action plans (such as WHO global action plan for the prevention and control of non-communicable diseases 2012-2020; WHO Global strategy to reduce harmful use of alcohol etc.).

Is alcohol mentioned in the new Goals and their targets? Yes… we can say so. Under the goal nr 3: Ensure healthy lives and promote well-being for all at all ages, there is a target 3.5 saying: strengthen prevention and treatment of substance abuse, including narcotic drug abuse and harmful use of alcohol.

Everyone, who has dealt with alcohol policy in some extent, knows the 1st lesson of the 1st year of alcohol policy education: prevention programs do not work if not supported by other rather structural interventions.

I just ask – how are we going to measure whether we strengthened the prevention? And when are we done? This target, compared to majority of the proposed targets is not SMART (Specific, Measurable, Achievable, Relevant, Time-bound). And it gets worse my friends. To be able to measure the progress of this target, the suggested indicator at the moment is: Coverage of interventions for the prevention of substance abuse interventions among people under 25. And a voice inside me just says that something went very wrong in the process of formulation of this indicator. As we will measure the coverage of interventions, we will actually not know whether they have any impact. And the impact will be none’s responsibility to measure it. So in 2030 we all can stand and be happy that every community introduced 3 new prevention initiatives and increased coverage of interventions and at the same time we might discover that the alcohol use will have increased and so will have the harm such as health problems, violence or unemployment, just to name few.

The “only” positive thing about the indicator is, that it will not be adopted now in September 25 but the process is prolonged and the indicators will be taken up in March 2016. Which means, there is still some time left to make things right. IOGT International advocates for the following indicator: “Total per capita (aged 15+ years old) pure alcohol consumption within a calendar year in litres,” that is in line with the Global Action plan for the Prevention and Control of NCDs 2013 – 2020 and gives us an impression about how the measures taken under the goal 3 turn out.

I believe in the 2030 Agenda for Sustainable Development Goals as I believe in the Universal Declaration of Human Rights. I think there is a beauty in having all the states agree on and commit to the minimum requirements for eliminating poverty. As Amina Mohammed, Special Advisor of Secretary General on post 2015 development Planning says:

When I published the photos from the show, several people voiced their worry, that the Goals will remain only nice words/show. We together can make sure, that the awe from the promotion will lead to next steps for better accountability (which indicators are a crucial part of) and that will end in joint action.

When I was standing in front of the United Nations Headquarters watching the beautiful show introducing all the goals, I felt hope and a huge inspiration to do this. Together with everyone. With you! And where to start? Let’s start with a better visit website indicator so we have something meaningful to work towards and along reduction of alcohol consumption, making the achievement of other 10 goals easier.