World Premier As Inside Out Project Meets Inspire Freedom Campaign…

by Kristina Sperkova Posted on January 30, 2014 in
Prevention

… and Stockholm falls in love with public space as art gallery…

A Saturday evening in Stockholm. It’s around 8pm and the streets are getting filled with people heading to parties. First at their friends’ places and then out to pubs. A usual Saturday. A Saturday that’s 25th of January 2013.

A clockwork of actions #InspireFreedom

The staff from the office of Active – sobriety, friendship and peace (because they decided to join the Inspire Freedom Campaign) and me and Maik from IOGT International gathered.

The first pasting for Inspire Freedom with Inside Out Project. Ever.

The excitement was high. And some doubts were in place as well of course. Where to paste? How will that go? Will it look good? Does it make any sense? It’s not easy to be first at doing something new. Without previous experience you do not feel like a part of a huge wave (although you are). You are not sure you know how to go about it exactly. You do not feel like you belong to something you know works out well. You feel small. But the belief in what you are doing is pushing you anyway. And every person who joins the action adds a huge value to it. The fact that a similar action with different cause has been taken in many places out in the world is very helpful and makes you try although you would rather turn around and walk away.

We had taken the notorious photographs for posters a few months ago. 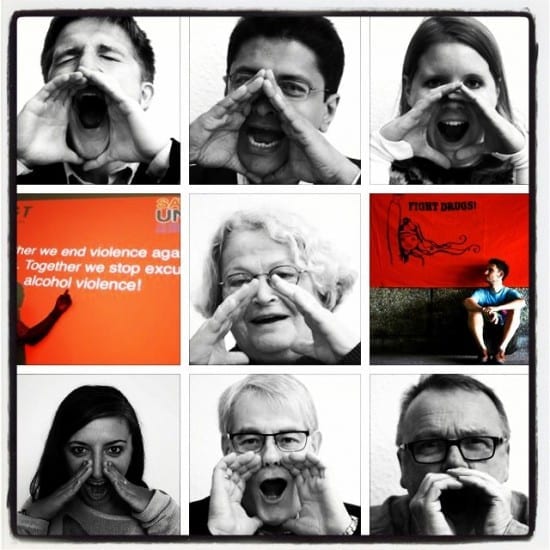 Then we submitted them to the Inside Out Project, waited for 2 days for approval of our cause and afterwards for the posters to be printed and delivered to our IOGT International headquarters.

They arrived after 2 weeks and there was no reason to wait any longer. Moreover the 25th turned out to be a Saturday so we had the best conditions ever (except of some minus degrees outside but it could have been worse).

We prepared all the tools and materials for the pasting activity and got dressed in warm clothes. We met at a place that is very busy, frequented by many people. It’s a nod for public transport in Stockholm, it’s in the center of the city with many people passing by. We took our 7 posters (yes that’s how many pictures we had when we started the campaign) and pasted them. We did not want to vandalize any building so we pasted on walls where there were other posters anyway. 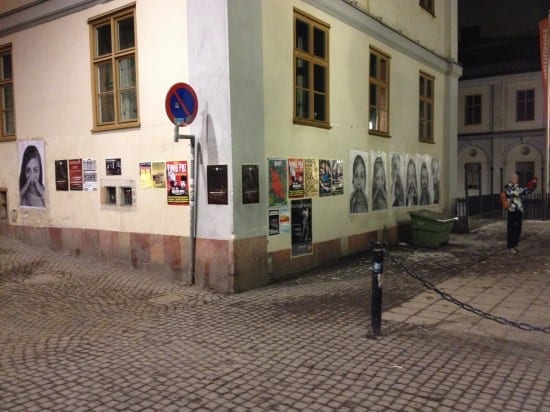 As soon as we set up the first poster we understood that it was absolutely right thing to do. It looked great! It spoke to people. It attracted attention. It was beautiful. And all of a sudden I felt like part of the huge Inside Out Project movement and I was happy we in IOGT International had come up with the idea to build on something existing to bring up our cause. 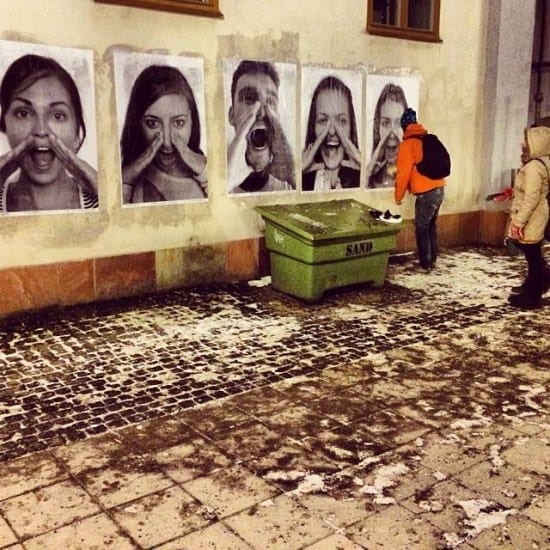 Bringing culture back into the public space, and a message: “Stop excusing alcohol violence. End Violence against women and girls. Inspire Freedom!”

There was one couple that asked about what we were doing. I told them what we also explain in the Community Action Guide:

Violence against women is a taboo in many societies. Violence connected to alcohol use is very often excused or banalized. And alcohol is a huge factor behind violence against women and girls. So, with this activity we make the public space our art gallery, bring a little bit of culture into it and the message carried by people speaking out to inspire freedom together for women and girls.

Many people passed and paused, took photographs, started discussing among themselves and went their way. Even security guards used the calm minutes before also this Friday night would get violent again to check out the wall.

This was our pilot project. There’s more to come. Much more. We know how the pasting works and you bet we gonna do it again. The pictures from pasting have been spread in social media and using the right hashtags, the message will be revealed. And in the end, when a short movie from our action will be submitted on Inside Out Project page, the huge community around the project will get to hear about the cause. And then we continue! In more countries. With more pictures. We decorate the streets of our towns, cities, villages and we will make the cause recognizable. Cause in the end we are peoples’ movement and that itself carries a great strength. When we decide we want to speak out, the message will be heard. And we have decided. 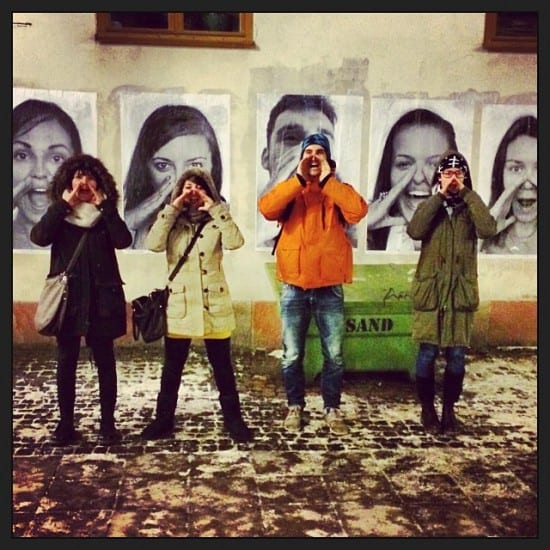 When we were done, we were overwhelmed by joy and inspiration. 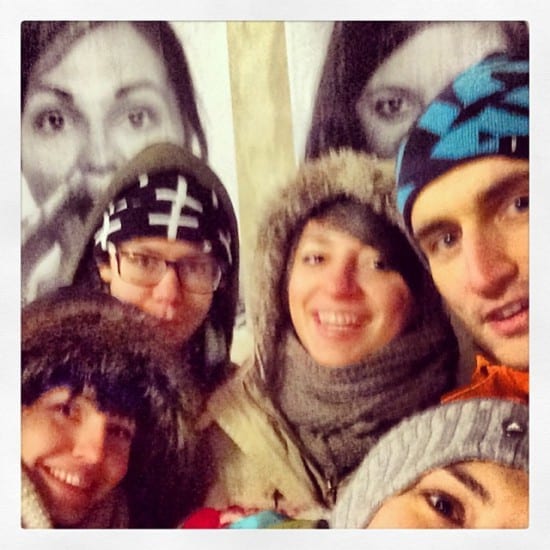 We call this one “group selfie”
#HeartDriven

New ideas for next pastings have been born in our minds, excitement  and satisfaction were carrying us home. We had no chance to know what the reaction of people would be but the external feedback was not needed for having a good feeling. The feeling was already there. So the happiness was almost absolute when we got to know that the biggest photogallery in Scandinavia, Fotografiska has seen our little exhibition and promoted it on their Instagram account (more than 640 LIKES). The reactions of people on that entry were very encouraging. They wanted to see more of it. They hurried to the place to see it. Also the Stockholm City Museum was positive – we had pasted on their walls.

So this sounds like a happy ending doesn’t it? Happy ending of the pilot episode. But as those should be ended with a cliffhanger, we should do that as well. So what will come next? I am sure more of the pasting for raising awareness about alcohol-related violence will come from many parts of the world.

And to answer the question whether it made any sense? I can tell you, it is very fulfilling to create beauty. The beauty that carries a deep meaning!!!

Evidence about violence against women and alcohol can be found in the Inspire Freedom Campaign Community Action Guide.