Alcohol is a class one carcinogen. But why doesn’t anyone talk about it? And why don’t we all together do something about it? Let’s start the conversation about alcohol and cancer…

According to the International Agency for Research on Cancer (IARC), “alcohol consumption is one of the most important known risk factors for human cancer and potentially one of the most avoidable factors, but it is increasing worldwide.” Cancers caused by alcohol consumption include those of the oral cavity, pharynx, larynx, esophagus, colorectum, liver, and female breast. The IARC, the specialised cancer agency of the World Health Organisation, has cancer classified as a group 1 carcinogen since 1988. I was six years old then.

And yet, here we are – with the Alcohol and Cancer Symposium at New York University just concluded – trying to start a national and global conversation about the fact that alcohol use causes cancer. In 2010 alcohol-attributable cancer was responsible for 4.2% of all cancer deaths and caused approximately 8.5 million potential years of life lost worldwide.

The alcohol industry doesn’t want this topic to be discussed in a public conversation. They want to mute voices that speak out about facts like the ones above. Instead, the alcohol industry wants to perpetuate the myth that alcohol is healthy and that alcohol use has many benefits.
The fact, however, is that alcohol-related cancers claimed the lives of about 19,500 Americans in 2009 – or about 3.5% of all cancer deaths. For instance, 15% of all US breast cancer deaths were found to be alcohol-related. 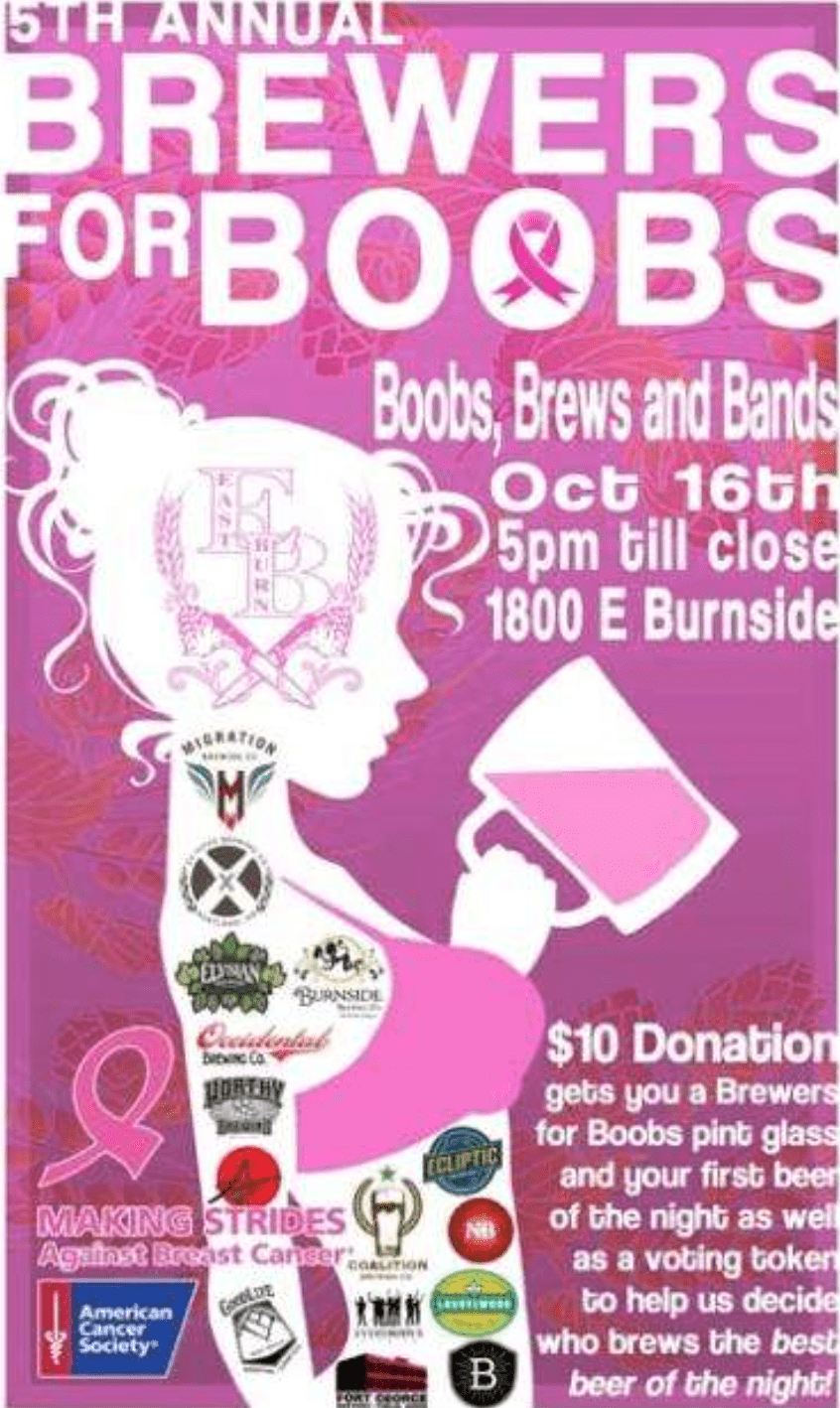 This is why the United Nations has called for “multipronged preventive action including treaties and laws extending tobacco-style restrictions to alcohol and sweetened beverages” in order to stem the rising tide of cancer cases.

Despite this, there remains a relative lack of awareness – among the general public and even many health professionals – about the role of alcohol consumption in cancer. The American Cancer Society can even be seen to promote alcohol, supporting the pink-washing tactics of Big Alcohol.

Before this background, we gathered for the Alcohol and Cancer Symposium in New York, in order

Dylan Ellerbee, of the US Alcohol Policy Alliance (USAPA), set the tone and put the event into context, calling the Symposium a groundbreaking event for the United States. 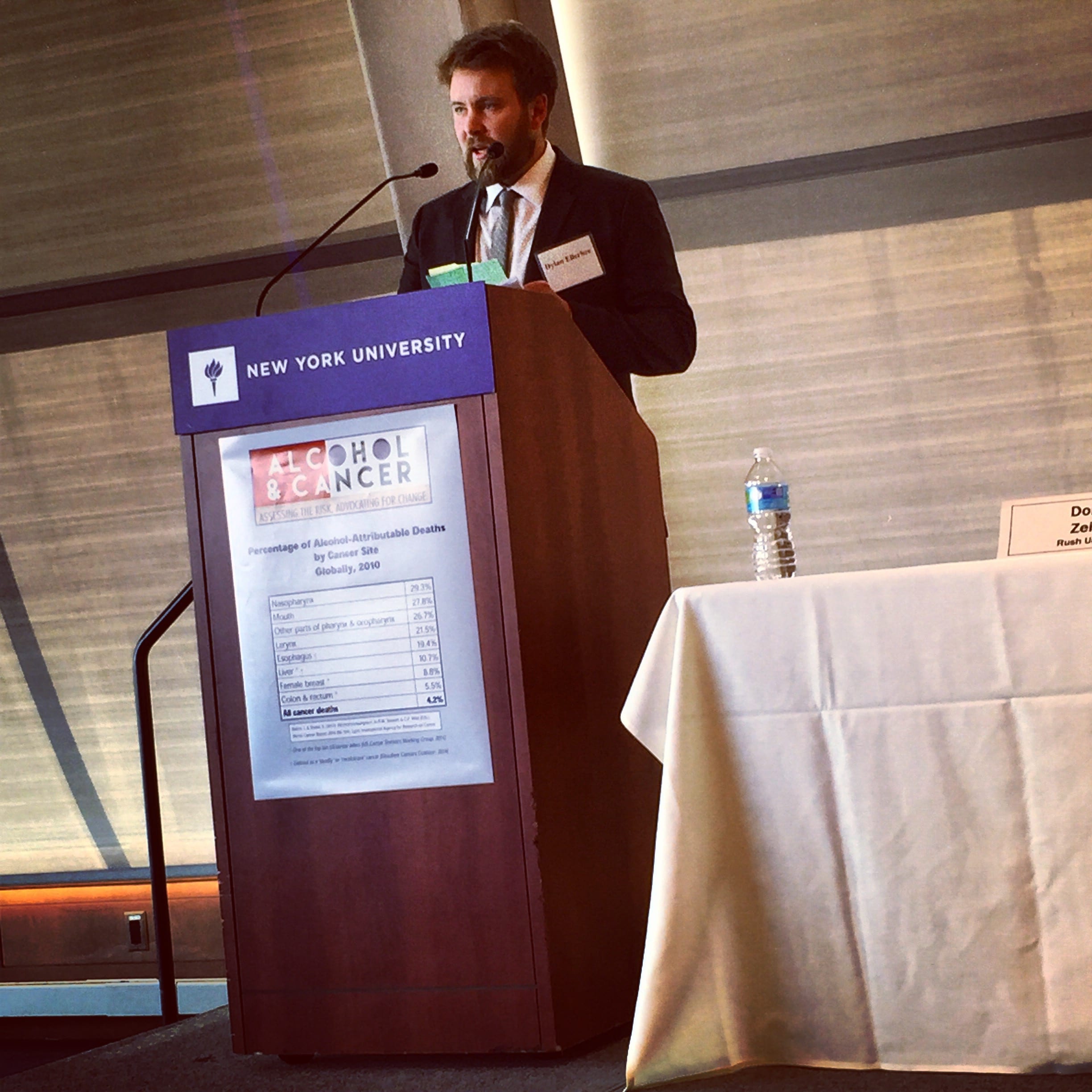 I was glad that we in IOGT International were able to help bring Dr Wendy Yared from Brussels over to New York. Wendy,  the Director of the Association of European Cancer Leagues (ECL), held the keynote address. One of the most crucial points she made was that there is no safe amount of alcohol use concerning cancer risk. Not consuming alcohol is best for cancer prevention.

This type of clear, evidence-based messages often get drowned out by the well-financed voices of alcohol industry lobbyists. Wendy explained that Brussels in the capital of the world when it comes to lobbying – second only to Washington D.C. She said there were 30.000 lobbyists in Brussels. 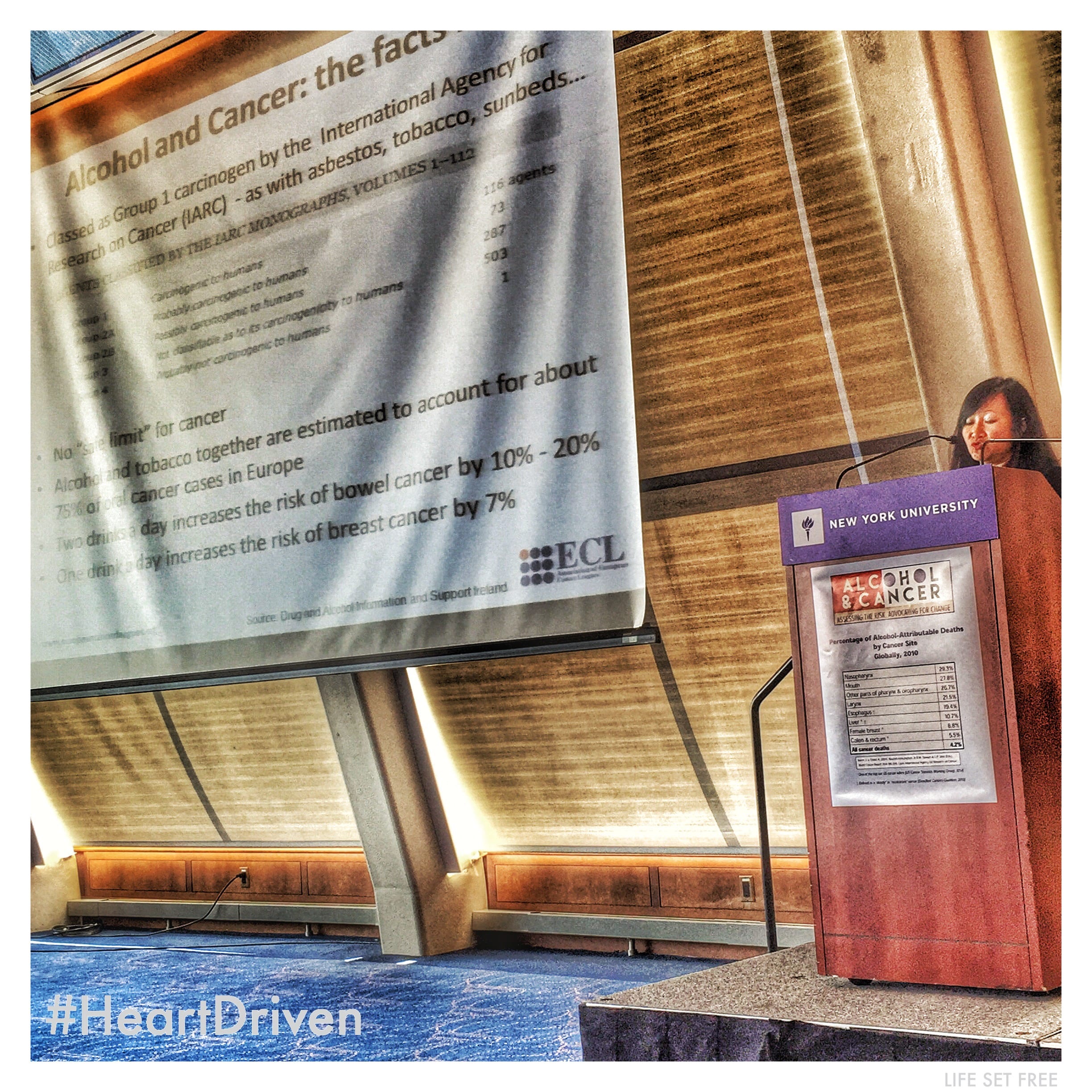 The following research panel, consisting of Don Zeigler, Tim Naimi, Jasmine McDonald and Nour Makarem brought a number of exciting issues to light. The alcohol industry has been effective in watering down the messages of alcohol’s carcinogenity by perpetuating the myth of alcohol’s health benefits – especially concerning alcohol’s positive impact on the heart.

However, as Tim said:

The jury is out on that.” To get the positive effects of resveratrol, he explained, you’d have to consume 100 liters per day.

Alcohol causes ten times as many deaths as it prevents. It is the third leading cause of death in the USA. Alcohol use kills more lives than it saves. There is no medicinal merit in recommending alcohol use for health and well-being. As a matter of fact, if alcohol should be treated like a pharmaceutical preventive agent, it should be subject to randomised, peer-reviewed studies. There should be a high burden of prove of its positive effects as pharmaceutical agent.

In this context, the message that there is no safe amount of alcohol when it comes to cancer risk prevention was re-emphasised. In fact, 30% of all alcohol-related cancer deaths are linked to consuming 1.5 unites of alcohol or less a day. 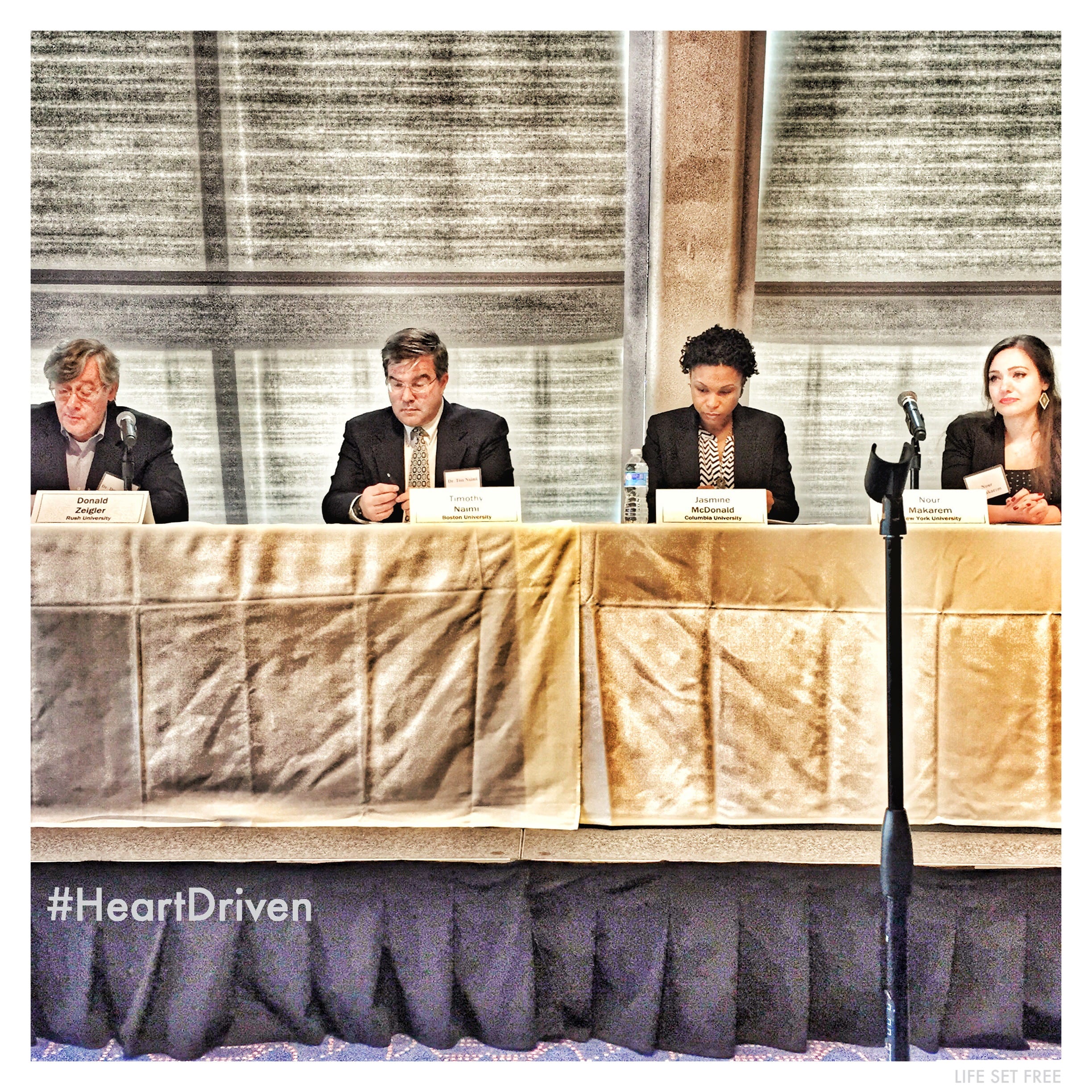 Jasmine taught me something new, too. Talking about alcohol’s role as modifiable risk factor for breast cancer, she explained that the window of susceptibility for environmental factors has increased. It means that girls’ breast development starts earlier while the age when women give birth for the first time has been more and more delayed. This increased window of susceptibility for breast cancer also means that the cumulative effects of alcohol use become more burdensome.

And another fact really took me by surprise. Nour presented her research about obesity-related cancers. She had hypothesised a link to lifestyle. And what she found was that out of all lifestyle indicators, alcohol emerged as the strongest indicator for cancer risk.

During the interactive session, we had interesting discussions. One interventions stuck out: Dr July Dostal of the LEAF Council said that the women she meets and talks to about the topic, get angry because they don’t know about the link of alcohol and cancer and about the decades old evidence. 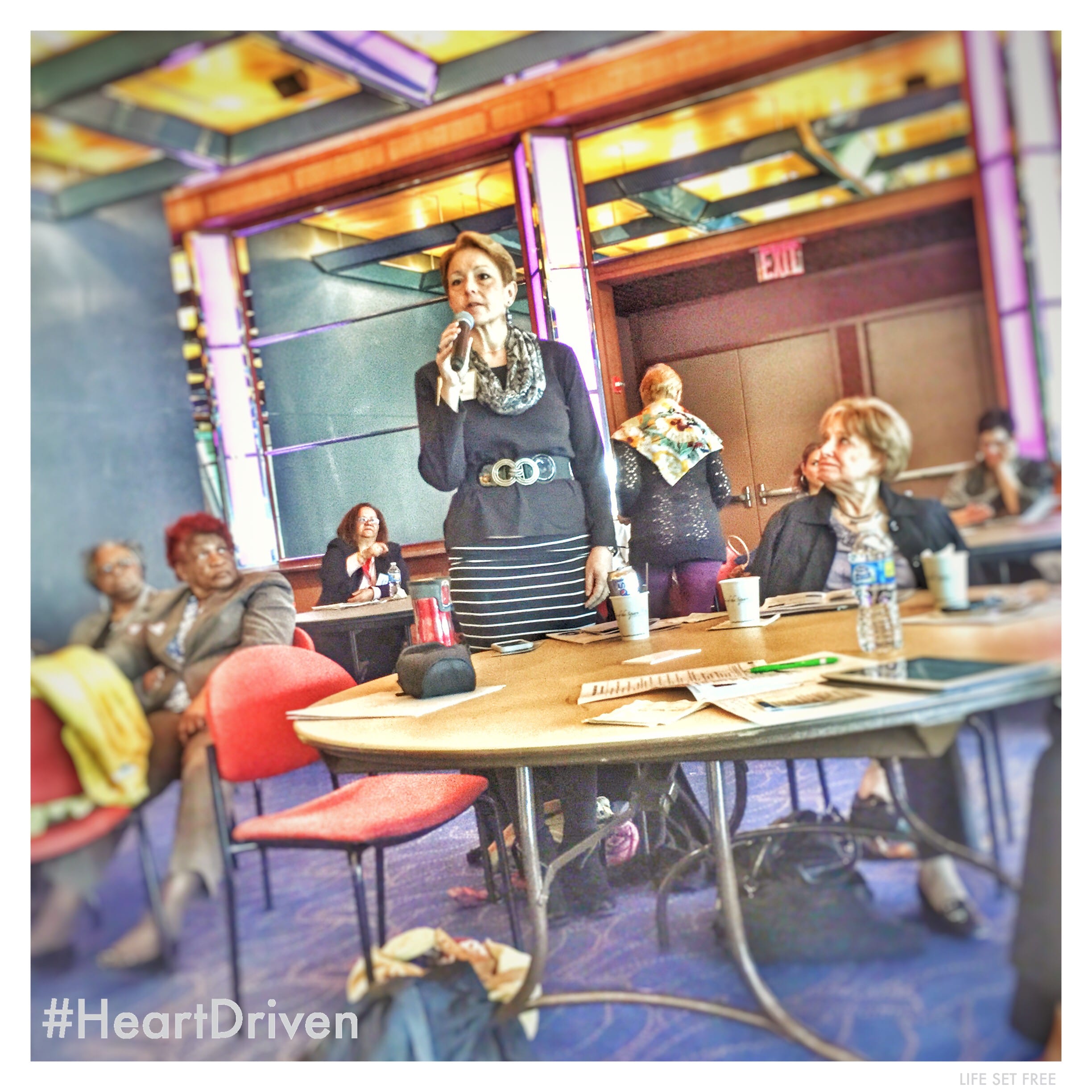 The ensuing advocacy panel examined the tactics of the alcohol industry in blocking this conversation from starting and gaining momentum. Sarah Mart of Alcohol Justice talked about pink-washing, a form of cause marketing, where companies put pink ribbons on their products to show their affiliation to the efforts of preventing breast cancer, in this way boosting their image and brand and finding ways to market their products to women. Sarah questioned why Big Alcohol is allowed to advertise their products in close affiliation to cancer prevention causes. 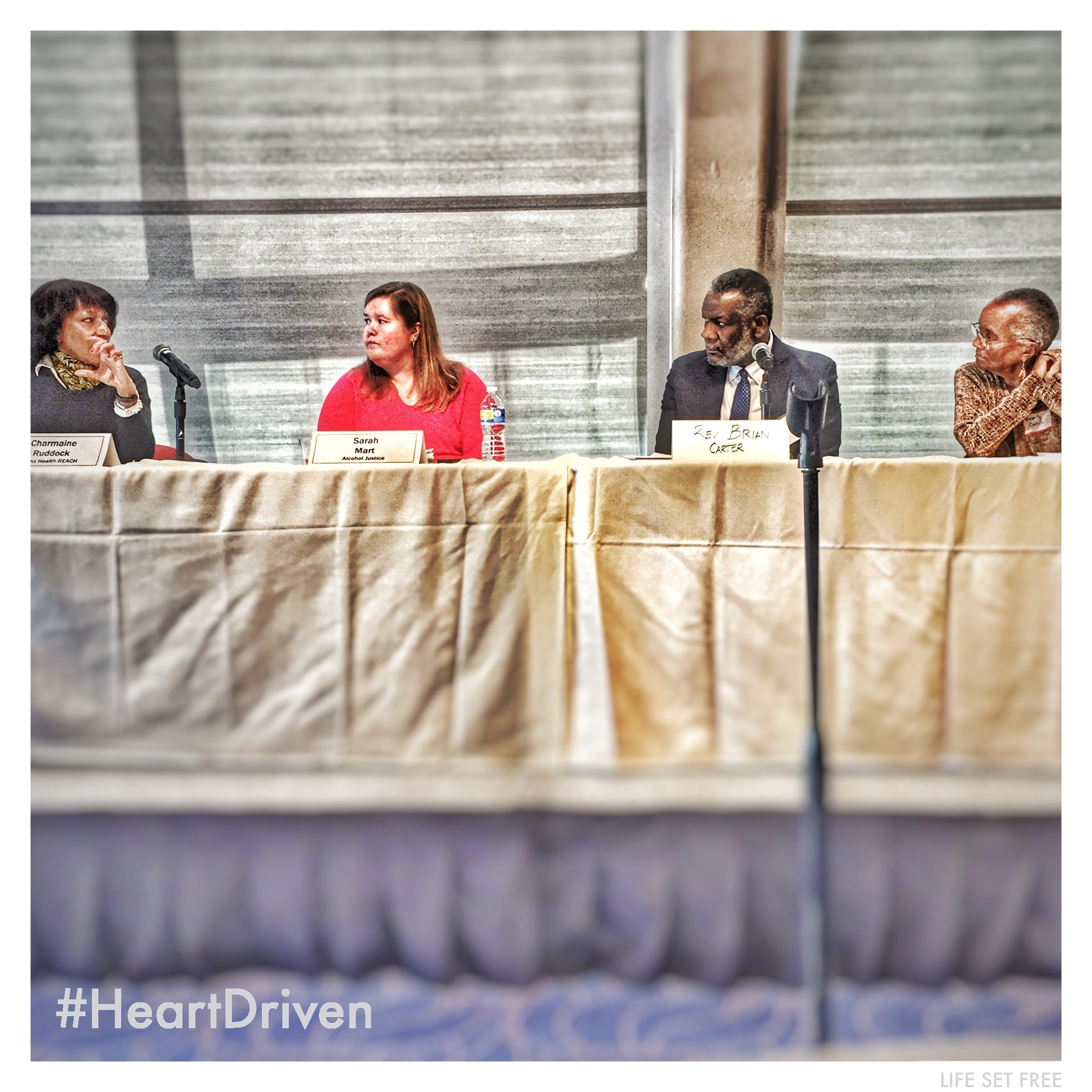 A powerful quote that still rings in my mind came from Beverly Canin of Breast Cancer Action, when she emphasised:

We should not be made responsible to bear the burden of our diseases.”

She went on the explain that we need policy, environmental change instead of just personal awareness. With this perspective, we had come full circle to look at the modifiable risk factor in all this: the alcohol industry and how it can be curbed. 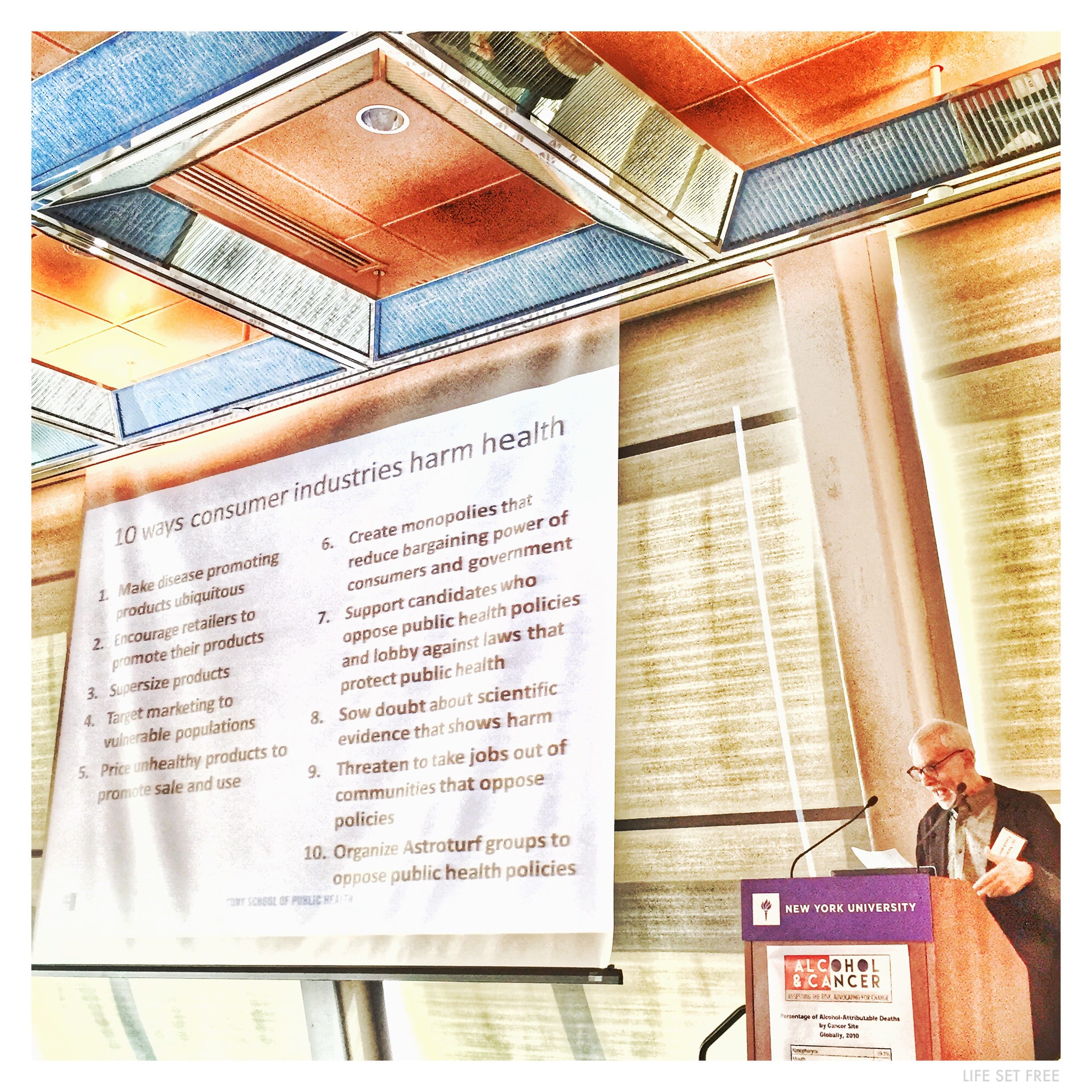 Nick analysed the ten ways in which consumer industries, like Big Alcohol, are harming health. One of their tactics is to sow doubt about scientific evidence that shows harm – which is the very discussion we’re trying to kick off.

He went on to look at what we could do to counter Big Alcohol’s tactics. 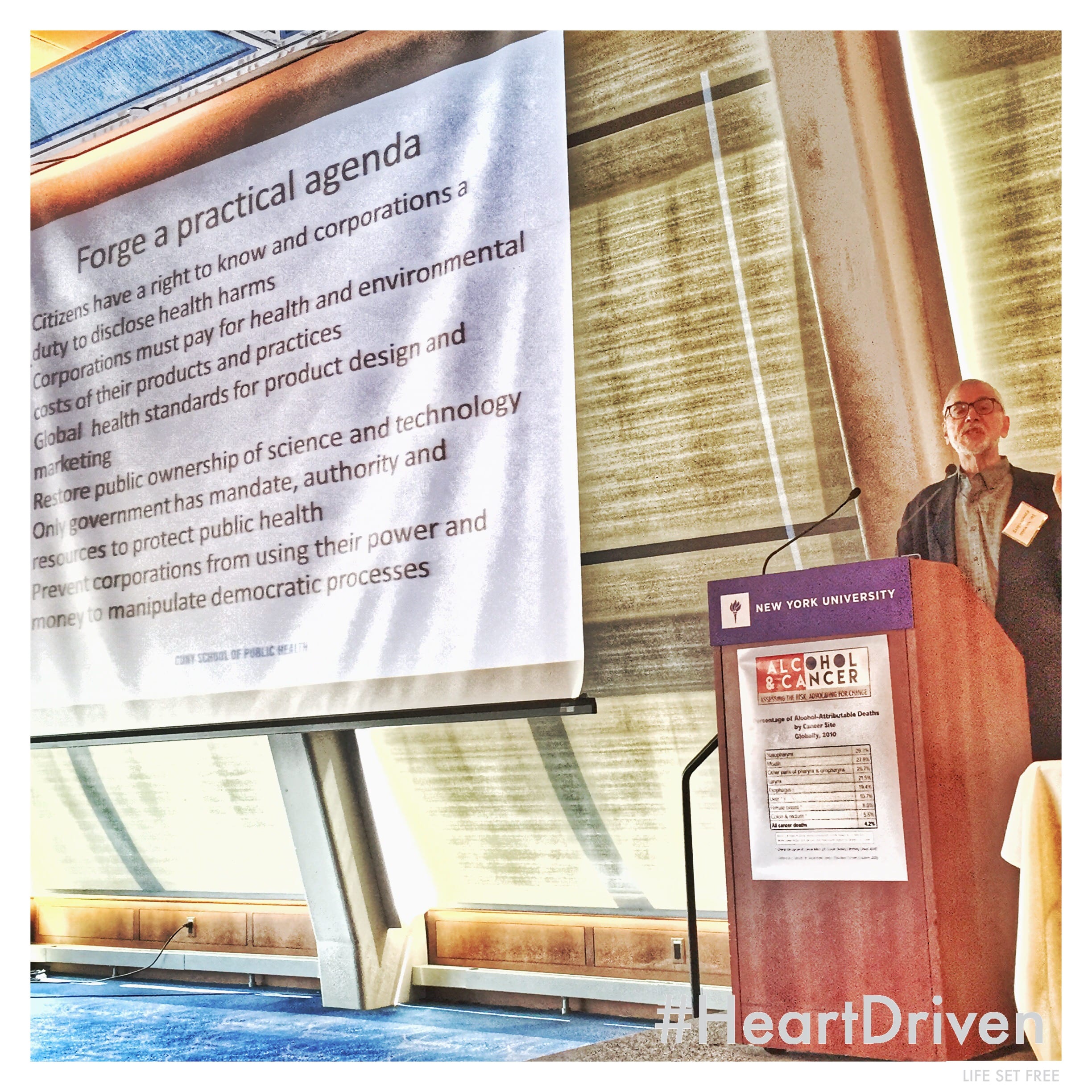 He made the point, for instance, that corporations must be made to pay for the health and environmental costs of their own products. 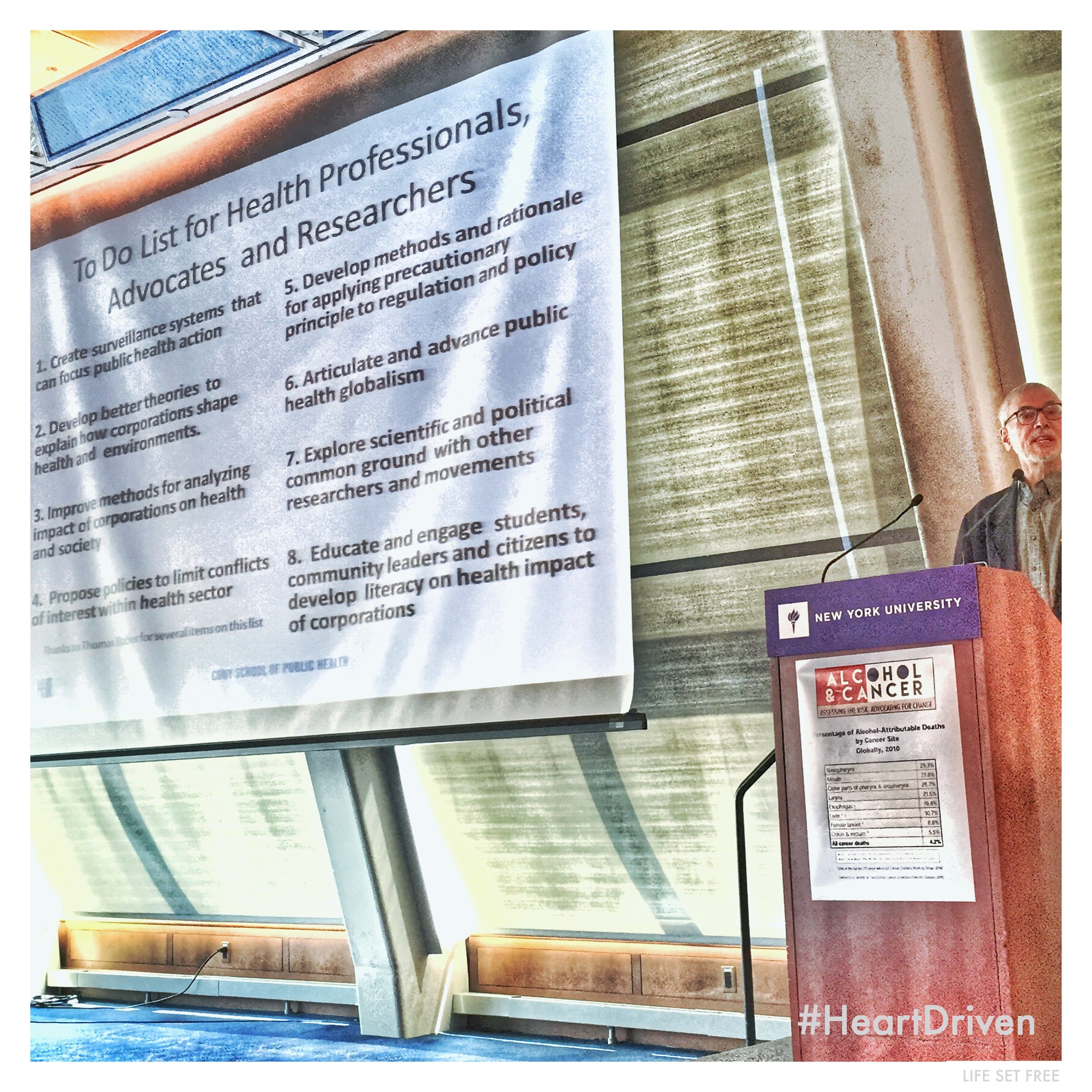 Among other things, his point is for us to ensure we educate and engage students, community leaders and citizens to develop literacy on the health impact of corporations. In the era of the corporate consumption complex, it is truly one of the most crucial skills: to be able to discern the tactics and strategies of multinational corporations, and to feel empowered to remind independent form them.

It is this, which is our quest – to establish the knowledge that alcohol use is not healthy, and that alcohol use carries with it increasing risks of cancer. It is this awareness that we need along with skills to comprehend and thoroughly question marketing messages such as: beer for boobs. It’s the 21st century and Big Alcohol should stay away from from women’s breasts.