The vast majority of the Swedish population does not value alcohol as an aspect of social gatherings. But the alcohol norm – not only in Sweden but across the world – seems to create a culture where people consume alcohol despite not wanting to.
How come people’s preferences can be suppressed in such a scale?
Why is it like that?
Who benefits from this actually?
In his revolutionary blog post, Lucas provides through-provoking answers to these questions. With the use of state-of-the-art science, he then suggests a completely new way to think about the role of alcohol in our societies…

What is the alcohol norm?

For those who have worked in the field of alcohol prevention and control, this might seem like a trivial question. But it is not unwarranted. Because for the great many, the “alcohol norm” is a concept they have not yet reflected about.

A norm is, by definition, the unseen, the unconsidered, the unchallenged. Most of us live our daily lives abiding by a large number of different norms without prompting any deeper reflection.

The conventional way of explaining the alcohol norm usually centres around the implied expectation of alcohol consumption. Whether you go to a party, an after work, a conference mingle, a date or some other social gathering, alcohol consumption is often expected – at least in the western world.

At the dinner party you’re greeted with an alcohol-infused welcome drink. When you’re invited to a meet-up or a date, you are asked to ‘take a drink’ with someone. At the university parties, you are expected to take part in “drinking” games. And so on.

Note: the alcohol norm is so powerful that the word “drink” has become synonymous with “alcohol intake”.

Most of us have experienced this in one way or another. In my home country of Sweden, surveys show that 84% of the adult population has experienced these expectations to consume alcohol.

Any potential disobedience to or deviation from this pervasive norm could be met with anything from queries probing for “valid” excuses (“I’m driving”, “I’m pregnant”, etc.) to downright suspicion and social exclusion.

The alcohol norm as a power structure

There is another way of describing the alcohol norm. Instead of looking at it as an established, static phenomena – a ‘natural state’ of the social culture that we inhibit – view it from the perspective of power.

Because with norms comes immense power. Being able to dictate what is ‘typical’ or ‘normal’ or ‘expected’ behaviour gives those that are able to set the norm an enormous advantage in life.

Perhaps the most well-established example of this can be seen in the norms that surround gender. In most parts of the world, being gendered as male automatically gives you certain privileges that are not granted to women. Men are granted power through the societal norms. They benefit.

Examining The Magic Of Alcohol

Yes, you guessed it. The answer is the alcohol industry.

When you ‘go for a beer’ or ‘take a drink’, it is usually not the alcohol beverage in itself that is your prime concern. You are looking for a social forum, a nice and welcoming place to gather to chat, relax, meet friends, get to know new people. The beverage is really of secondary concern, but for most people the beverage seems to facilitate that environment.

Likewise, part of the alcohol norm is what alcohol signifies: Exclusivity, indulgence, opulence. To afford oneself an alcoholic drink is an act of departure from everyday life. The afterwork gathering signals a different type of social interaction with the same people that you’ve had professional interactions with the very same day. Alcohol is used as the gatekeeper for this as the symbol of extraordinarity.

Note that the word ‘symbol’ should be stressed here. Because we also know that alcohol does not produce the physical effects in the body that we perceive as positive. The potential value that alcohol brings to social gatherings is limited to what it signifies.

The alcohol industry is acutely aware of this. They know that their product is not the substance itself, but what the product is associated with. Judged on its own merits, alcoholic beverages would not last a day. If you were to disconnect the product that the industry offers from its constructed associations, there would be little left other than a toxic and addictive substance that on the whole provides little value to people.

(In fact, I would argue that in no world can any rational human being weigh the combined harms of alcohol with the culinary properties of ethanol and come to a conclusion which favours ethanol. But if you’d throw in your social life in the equation as well – the most precious that we have – the potential benefits of alcohol seem more substantial.)

This is why the alcohol norm is the lifeblood of the alcohol industry. That is why they spend enormous amounts of money to strengthen and uphold these bonds of association.

That is also why questioning, challenging and shattering the pervasive alcohol norm is their greatest fear.

In 2019, I conducted a study on the alcohol norm in Sweden. The study showed that the vast majority of the population does not value alcohol as an aspect of social gatherings. Furthermore, a huge percentage of the population would prefer to see more social activities free from alcohol. Yet there it is, as the centre point of many social forums and contexts.

Nevertheless, most of these people consume alcohol at some point. Some do it as an active and rational choice, but many do it without reflection due to norms and expectations that have been internalized since childhood.

Perhaps most distressingly, the alcohol norm also seems to create a culture where people consume alcohol despite not wanting to. In fact, as many as about a million adult Swedes (of about eight million in total) consume alcohol while explicitly stating they do not want to do so.

It is a weapon.

It is a weapon used by the alcohol industry to produce a discourse – a perceived reality – which greatly benefits them.

It is a weapon of power which suppresses those that do not wish to take part in that discourse. It is a weapon deployed in such a way that a harmful substance which every year causes millions of lives lost and incalculable amounts of suffering appears to be demanded by the general public for reasons other than the properties of the substance itself.

This may seem bleak. However, there is plenty to be hopeful about and that is this: No norm can be left static if challenged.

For further reading from the science hub:

From Age 4 to 8, Children Become Increasingly Aware About Normative Situations for Adults to Consume Alcohol

Children’s Awareness About Normative Situations for Adults to Consume Alcohol

The Relationship between Parental Attitudes and Children’s Alcohol Use: A Systematic Review and Meta-Analysis

Relationship between Parental Attitudes and Children’s Alcohol Use

“Women of my age tend to drink”: The Social Construction of Alcohol Use by Australian and Danish Women Aged 50–70 Years 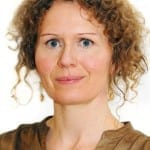 Get to know Lucas

Hej Hej and welcome!
I’m the director of the Swedish think-tank Nocturum, geared towards topics of alcohol and sobriety, and a member of the Swedish IOGT-NTO movement. I’m an occasional representative of IOGT International to the United Nations.

Other recent posts by Lucas Nilsson