Kristina analyzes the new partnership between the World Health Organization and Fifa about health promotion through football. She asks: Can FIFA be a force for good or is WHO surrendering its credibility and norm-setting role in alcohol prevention?
She explores the positive aspects of the partnership agreement, the risks and outlines her hopes for what the collaboration will mean for alcohol prevention in world football. In her critical assessments of Fifa’s role in promoting alcohol harm, she shares three expecations for this new deal…

What’s new about the agreement?

The World Health Organization and FIFA, football’s world governing body, have shaken hands on promoting a healthy lifestyle and announced it in big fashion, in Geneva a few days ago. The focus of the new joint initiative seems to be on tobacco-free environments, FIFA’s responsibility being to ensure those at FIFA events and to encourage national football federations to adopt tobacco-free policies. Another objective is to increase physical activity through football.

Very proud to sign this Memorandum of Understanding with @FIFAcom‘s Gianni Infantino. Together with FIFA, through football, we are working for an even bigger prize than the World Cup – a healthier world!https://t.co/zSMlsqlJ7C

The memorandum of understanding includes four areas of collaboration (so called pillars):

The promotion of a healthy lifestyle is not a step into unknown waters for the World Health Organization (WHO) but is it actually such a radical step for FIFA that the Memorandum of Understanding deserves so much attention?

FIFA has had a tobacco-free policy since March 2017, so this move is not revolutionary for today’s standards. And regarding the physical activity dimension – football IS physical activity and FIFA’s primary objective according to their 2019 statutes is to:

… improve the game of football constantly and promote it globally in the light of its unifying, educational, cultural and humanitarian values, particularly through youth and development programs…“

FIFA’s focus on physical activity is stated more explicitly in various materials, for instance by the FIFA medical network that provides an online course about “football for health”.

Playing football for 45 minutes twice a week – the best prevention of non-communicable diseases,” according to Prof Peter Kustrup, one of the lecturers in the online course.

Those are big words. And FIFA has been boasting its contribution to health and well-being for a long time, not the least through scandal-ridden former FIFA President Blatter who exclaimed:

We want every woman in the world to enjoy the many health and social benefits of playing and being physically active in a team…,” wrote Blatter in the foreword of the 2011 ‘Health and Fitness for the Female Football Player. A guide for players and coaches’.

So, in summary, FIFA’s commitment to physical activity is nothing new and the tobacco policy has been adopted already in 2017 (although it should have been in place much earlier, as FIFA aims to promote the game of football particularly through youth).

The question remains: Who wins from such a collaboration? Will this collaboration generate substantial advancements in public health or will it improve the image of FIFA after years of scandal and illegal activities?

But there might be some potential in the agreement, if FIFA and WHO are serious about it.

For example under pillar 1 (advocacy for health promotion), a campaign to raise awareness about alcohol and cancer among the global football audience would be powerful.

Another example could be pillar 3 (health legacy of FIFA events), if a serious tool is developed to assess the impact of FIFA events on the health of the people and communities affected by or visiting FIFA tournaments.

And what about alcohol prevention?

The agreement mentions alcohol only once, however.

And so I really wonder about how FIFA and WHO are going to approach alcohol in their new collaboration. One of the major sponsors of the FIFA World Cup has been Budweiser since 1986. Companies like Coca-Cola and Johnson and Johnsen opted out of sponsorship renewal deals with FIFA due to FIFA’s corruption scandal in the bidding process for the 2018 and 2022 World Cup tournaments. But Budweiser and AB InBev have stayed “loyal” to FIFA.

The reasons are obvious and Budweiser – the leading brand of the world’s largest beer giant AB InBev – does not even try to disguise them as some noble values. FIFA is an open goal towards Budweiser’s new markets. Budweiser has recently penetrated the football world even more by entering into a partnership with the two biggest football leagues worldwide (Spanish LaLiga and English Premier League) with words:

The idea here is that every four years we used to pop up and communicate on a very big scale – now we can do that every year.”

These new deals provide AB InBev the channels to reach new consumers across five continents and in more than 20 countries, including the UK, China, South Africa and India – three countries with large parts of the population currently living free from alcohol, but with increasing numbers of alcohol users.

Clearly, the deals with these two leagues open doors for Budweiser and beer giant AB InBev to engage with football fans – young and old – in countries where alcohol regulations are weak or not in place at all, setting AB InBev up for a bonanza facilitated by football. Billions of people will be targeted with “limited edition packaging, exclusive viewing parties, broadcast and media assets and content partnerships to be activated through social media”. Simply said – the full-blown marketing approach reaching anybody, anytime, all the time, everywhere.

We have been looking at platforms that we believed could help us to talk to the planet, said Steve Arkley, vice president of global marketing at Budweiser.

… we are growing around the world, and we see opportunity for market expansion through Africa, Latin America, Europe – we’re growing massively in Asia as well.

I think the idea of us broadening our footprint around the world is an ongoing exercise, and having properties like this allows us to build awareness for the brand as we go.”

Beer executives know what they are talking about. Their aggressive and massive investments in football sponsorships are paying off. In 2014 during the World Cup in Brazil, the Budweiser sponsorship engagement led to more than 3 million units of beer sold in the form of the AB InBev brands Budweiser, Brahma and Brahma zero – and remarkable it is FIFA reporting it and boasting about. 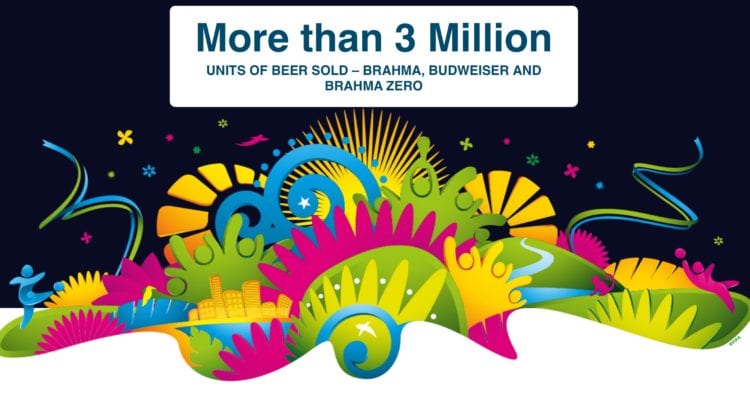 It is clear that FIFA is indeed functioning as business accelerator for the world’s largest beer producer, products that cause substantial and increasing harm worldwide.

By now, however, it is well established that exposure to alcohol marketing is associated with early onset of youth alcohol consumption and heavier alcohol use if youth is already consuming alcohol. Analysis of alcohol promotion during the 2014 FIFA World Cup indicates alcohol marketing practices frequently appeared to breach industry voluntary codes of practice’. The result is the exposure of huge amounts of minors to alcohol promotions – with the help of FIFA.

A total of 86.2% of all unique alcohol advertisements [during the 2014 World Cup] contained at least one violation [of alcohol industry self-regulation rules],” write Babor, Robaina and Noel.

The Regulation of Alcohol Marketing: From Research to Public Health Policy

Can FIFA be a force for good or is WHO surrendering its norm-setting role in alcohol prevention?

It is important to remind ourselves that Brazil was actually bullied by FIFA to allow alcohol sales in and around the football stadiums which had been prohibited a few years ago, due to serious problems with alcohol-fueled violence.

I am asking myself and WHO, what is in it for FIFA, but mainly, what is in this new agreement for WHO? 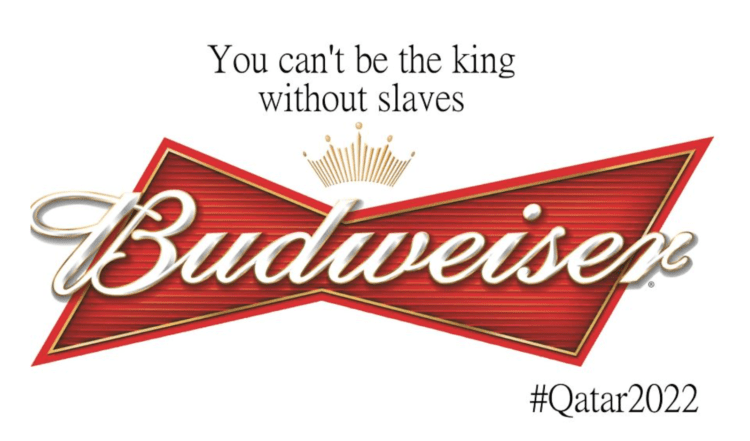 Isn’t the Memorandum of Understanding just hyping something that is anyway already being done (tobacco-free policy, promotion of physical activity)? And can the collaboration be so impactful that it is worth risking laundering FIFA’s corruption scandals and inadvertently blessing one of the alcohol industry’s most effective channels of converting (young) sports fans into alcohol users?

According to the agreement – which is very clear on how non-binding it is in all its aspects – WHO is supposed to provide “non-binding technical advice regarding risks and implementation of health policies, for example relating to tobacco, alcohol, promotion of physical activity, healthy diets, food safety…” This is pillar 2, policy alignment, and holds obvious potential for health promotion, if serious action would be taken.

Honestly, I am very excited to see this partnership to develop. The stakes are high. The expectations are even higher. And the gains in health promotion could be awesome.

WHO is partnering with a stakeholder of massive influence that it can force countries to change their (alcohol) laws just because of the World Cup.

That’s why I do not expect anything less from this new partnership than policy alignment concerning alcohol prevention:

These three outcomes from the partnership are achievable and very much in the interest of health promotion. They would help make World Cup healthy environments for children, youth and families – something that World Cups are currently far from.

If FIFA and WHO are serious about the ambition of their new partnership, anything less than my three expectations would be business as usual and would put WHO’s reputation and global stature in jeopardy.

Does WHO have the leverage to direct FIFA into alignign its sponsorship deals with health and well-being and becoming an institution that truly and sincerely commits to the people, planet and future as they claim, or will we see the WHO Director General ”being a king” doing the kick-off at the next World Cup with Budweiser ads all over the place?

Fifa and Budweiser: A Tale Of Two Soulmates