By targeting children and youth, through sports and music sponsorship, Chang beer wants to establish brand recognition and allegiance and they aim on enticing young people to start using alcohol earlier and more. In the long-run, they want to turn Thailand from an abstaining into alcohol consuming society…

In Thailand, alcohol imposes a massive economic burden on our society.

Scientific studies show that the Thai government needs to pay significantly more attention to implementing more effective alcohol policies and interventions in order to reduce the negative consequences associated with alcohol. Simply put, alcohol harm is an obstacle to development.

Our national alcohol policy has been and still is a model for our neighboring countries. Thai alcohol laws have encouraged and supported about two-thirds of Thais to quit using alcohol. That is impactful, in an environment where the alcohol industry is working aggressively to increase consumption of their products. One forecast predicts a70% growth of beer sales in Asia-Pacific over next five years.

So, we know that the alcohol industry is doing everything they can to boost sales and undermine Thailand’s alcohol laws. One clear and obvious example is Chang beer, of the ThaiBev corporation.

Chang beer cleary targets children and youth with their marketing messages. They have put their logo on no less than 5 football teams in the Thai Premier League. 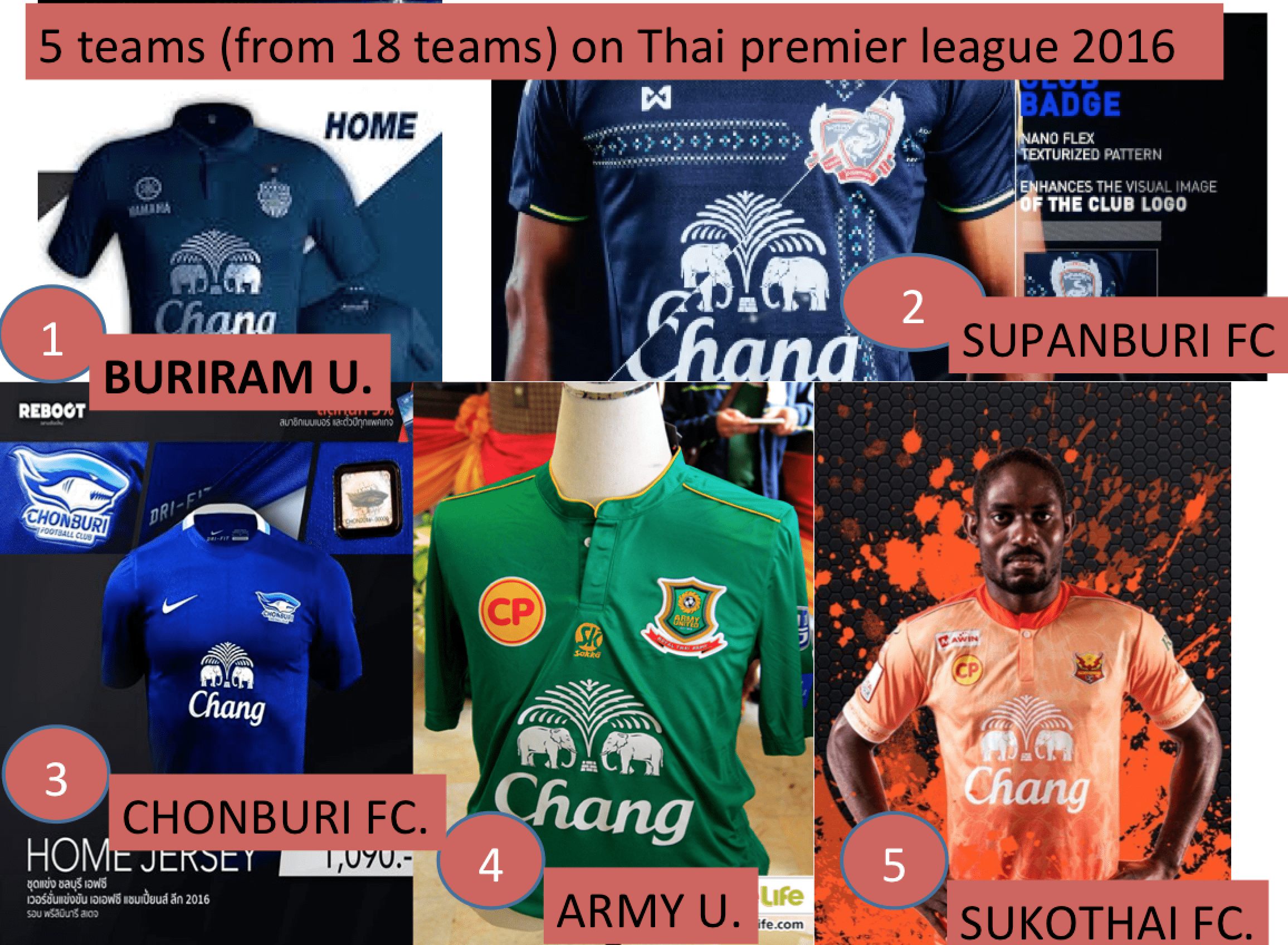 Of course, Chang beer is not only targeting our young ones in Thailand.

They are also reaching into the childhood of kids in Liverpool, England and really around the world – through their sponsorship of Everton FC. 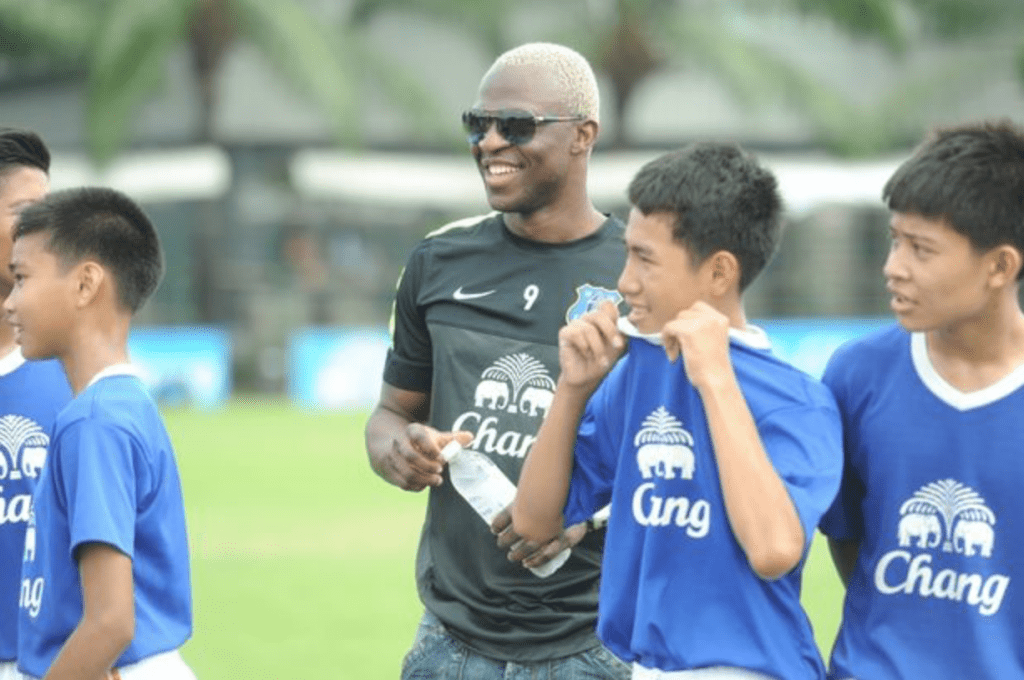 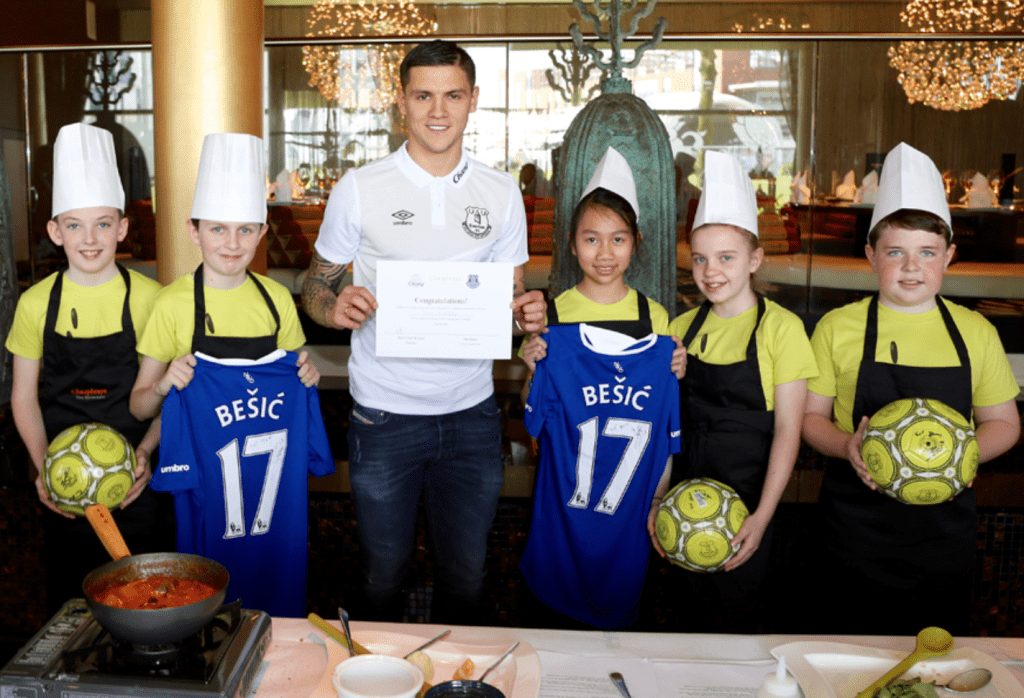 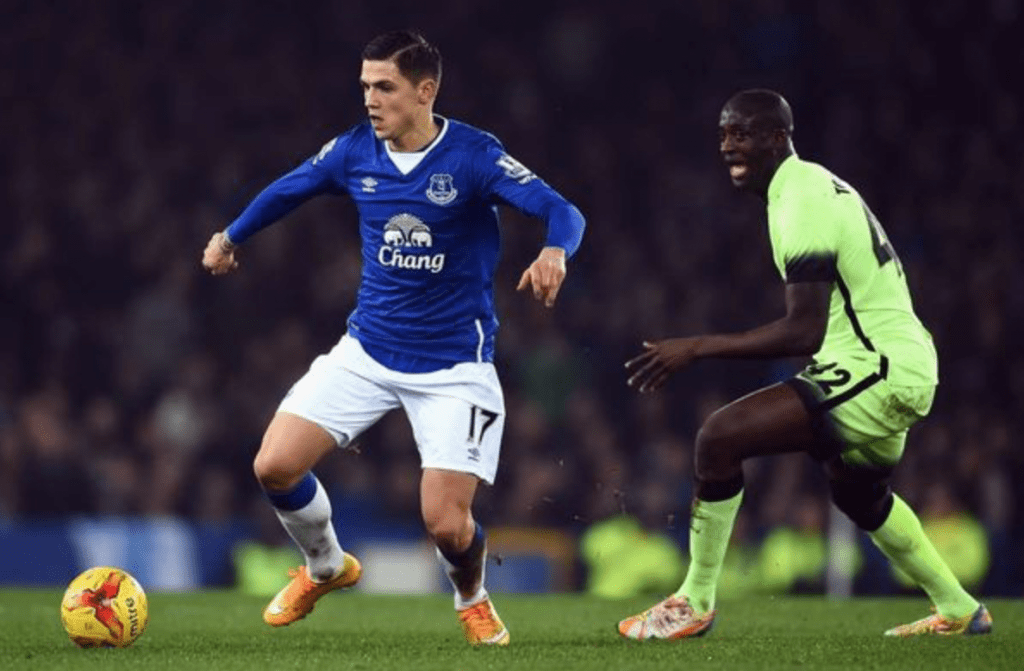 On the international website of Chang beer, sports glamor features prominently. At times it doesn’t look like a website for alcohol, but for football. Chang beer is boasting of its collaboration with Barcelona FC and with Everton FC – players are seen celebrating, hugging each other, smiling together.

But Chang beer doesn’t just use sports to target children and youth. They also use music – another favorite interest of young people, in Thailand and around the world. One platform they have built is the so called Chang Music Connection. 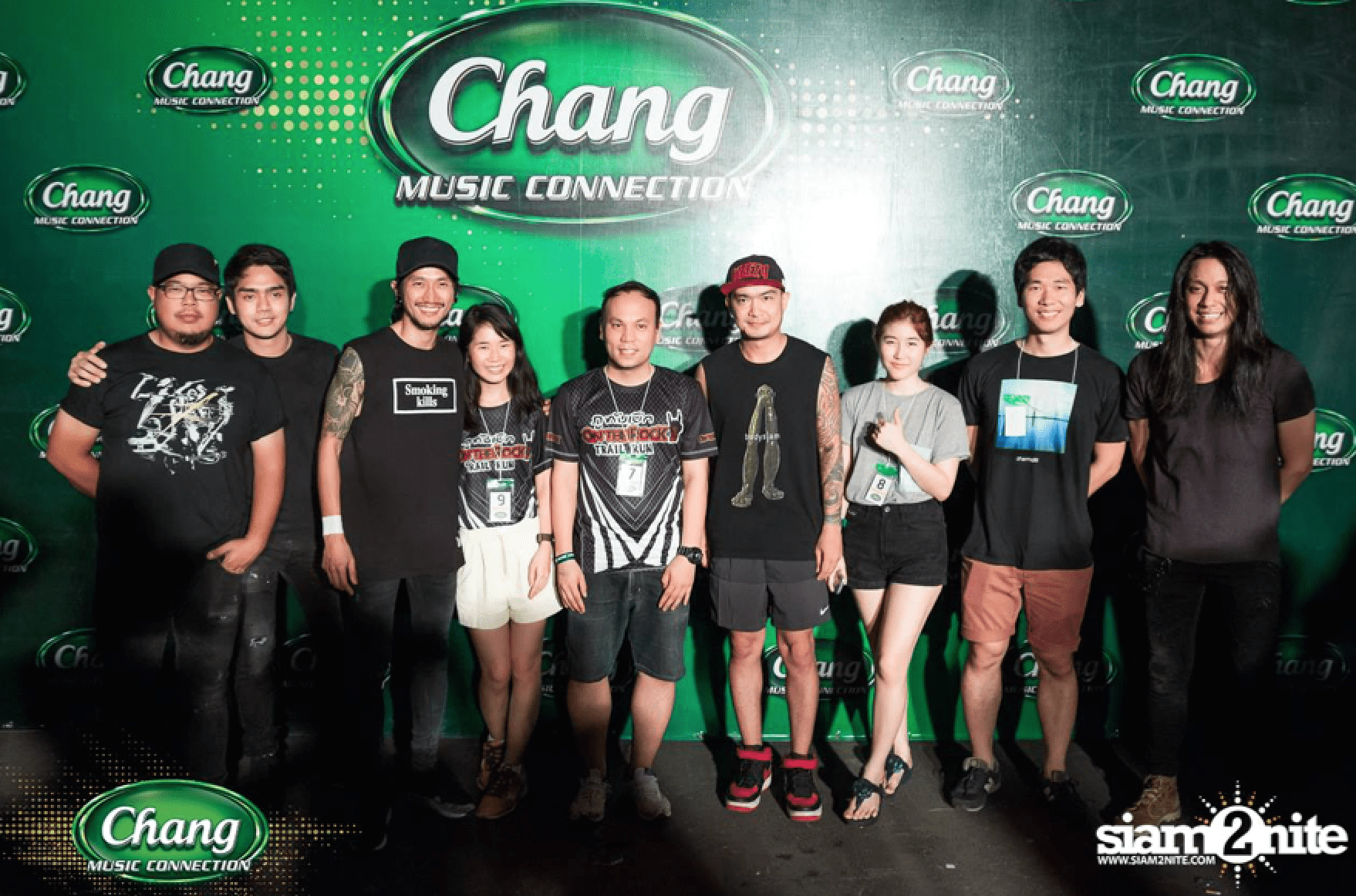 The target group for these events cannot be more obvious – and Chang beer seems to be in violation of the alcohol industry’s own codes of conduct and self-regulation.

Chang Beer is committed to making a significant and sustainable impact in Thailand by creating a more positive role for alcohol in society. Chang Beer believes in cutting alcohol misuse and making responsible drinking a valued and enjoyable part of life.”

This mission is at odds with the basic scientific evidence that I mentioned above. Thailand has been implementing high-impact and evidence-based alcohol policy measures and has become a regional role model for how to prevent and reduce alcohol-related harm. But the health, social and economic burden of alcohol harm is still tremendous – more needs to be done to reduce the alcohol obstacle to development. 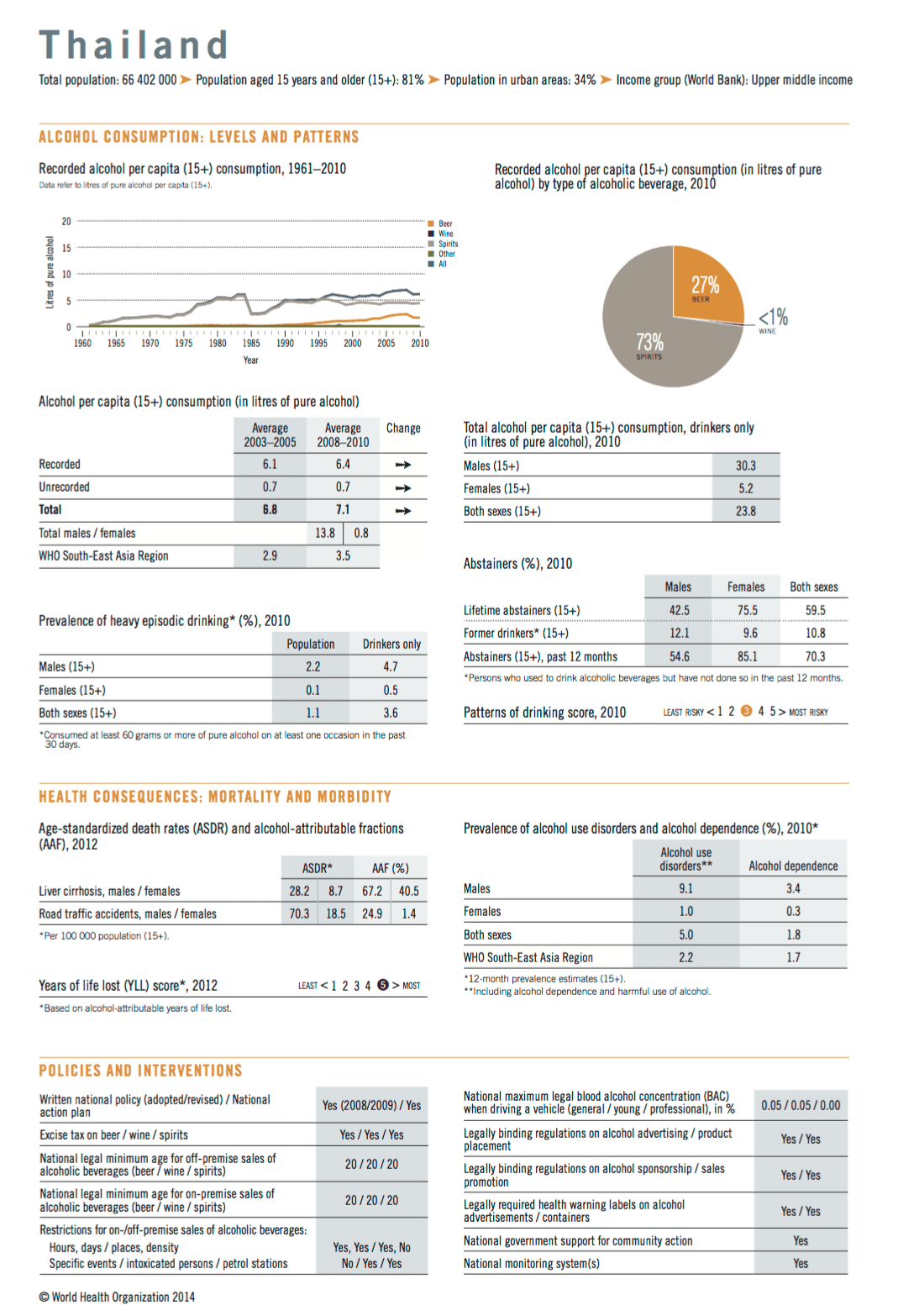 Data from the WHO’s global status report on alcohol (2014) shows that 70% of the Thai adult population choose not to use alcohol. Chang beer and ThaiBev want to change that – as the quote above shows. They are working to normalize alcohol in society and glamorize its use and effects – especially among youth.

But even with so many abstainers, Thailand has tremendous alcohol problems – as the country profile shows. By targeting children and youth, through sports and music sponsorship, Chang beer wants to establish brand recognition and allegiance and they aim on enticing young people to start using alcohol earlier and more.

I think that sports and music heroes should not be ambassadors for alcohol reaching into the lives of children and youth.

Take action with us