My speech at the 75year jubilee of Baltu Ainiai, a speech about pride and future challenges, about lives saved and the value of freedom and heart-driven work…

Your excellencies, members of the Seimas, Ministries, Baltu Ainiai, other IOGT Organizations and of course the youth group in the back of the room, 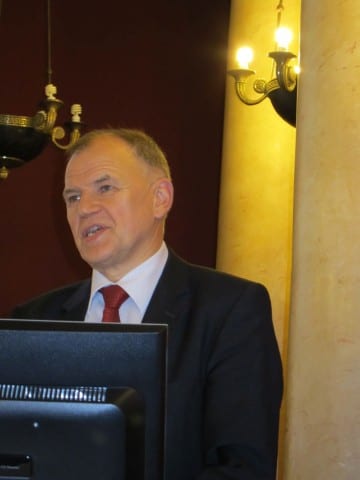 I am thankful for the invitation and I bring greetings from the International President, Sven-Olov Carlsson.

Baltu Ainiai is 75 years old and lets say a middle age member of IOGT International, as we have been fulfilling our founding fathers idea for more than 160 years.

All those proud but also difficult moments have brought us here today. 75 years later. Many lives have been saved through your work here in Lithuania, many young people educated and empowered, and many people given the opportunity to live a freer and richer life. Looking back at the last 75 years I can definitely see good examples where Baltu Ainiai made a difference for people and the society.

Those were exciting and sometimes even overwhelming years. You made a peaceful revolution and went from dictatorship to democracy in Lithuania. And only a few years later you joined the European Union.

I remember well the first time meeting with you. We had seen the independence of the Baltic states, and with the new knowledge, the commitment from new members in IOGT International we tried to make up a strategy for our future cooperation.

We had the institute in Poland, with good reputation concerning Alcohol in the Workplace. We had another in Ukraine, acting as a clearing-house for research on alcohol and other drugs in the Russian language.

In Estonia we found the competence in teambuilding, strengthening local groups and in Latvia they were keen on Non-formal education – related to our topics.

And in our team, Lithuania should be our striker concerning alcohol policy in the region. 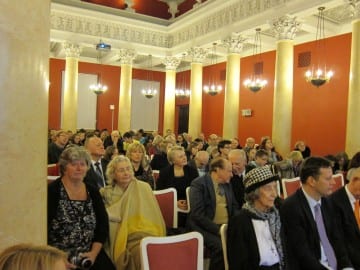 In a number of high-level meetings with your government and concerned parties, we tried together to lay the corner stone for a responsible alcohol policy in Lithuania.

But, not only policy, we also invented some nice projects in the old city, for example the teahouse, where the youth of your organization was able to meet in an alcohol free setting.

While those developments brought more freedom to the people of Lithuania, they also pose new challenges. And today, in 2012, we can see them more clearly than ever.

You and we together and also the citizens of Lithuania lost the battle against the alcohol industry in our fight for a ban of alcohol marketing in your country.

We lost to extensive lobbyism from groups and individuals supported by the alcohol industry.

But maybe we also lost because we ourselves made mistakes?

Let’s take this opportunity today, after looking back at your proud history of service to the people and the good for society, to look at the future:

What is Baltu Ainiai’s role in the coming years? What can you do to regain the strength and vitality, the numbers of members and activities that you had during the 1990s?

Lithuania will have the Presidency of the Council of the European Union in the second half of 2013.

I take this opportunity to challenge representatives from the Government and for the Civil Society in general and particularly Baltu Ainiai to join hands and use this momentum for Public Health promotion.

IOGT International can support this with our regional and international network, with expertise that can bring evidence to the table but also monitor the decisions taken. In this field we will work together with NORDAN and Active – sobriety, friendship and peace.

These are the issues I’d like us to address. Together, in the spirit of our IOGT values: Freedom, democracy and solidarity.

And in this spirit I want to express – on behalf of the IOGT International family – my strong hope that we have 75 more years ahead of us. 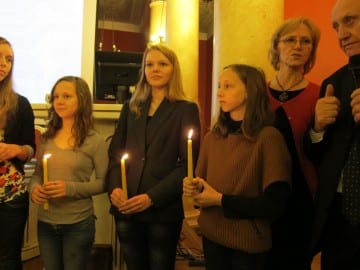 75 years of better and deeper cooperation between IOGT International and Baltu Ainiai.

75 more years of creating opportunities for freedom and democracy, for as many people in Lithuania as possible.

And 75 more years where we win many battles against the alcohol industry and for the common good of society. We can achieve this together!

One comment on “Celebrating 75 years of IOGT work in Lithuania”